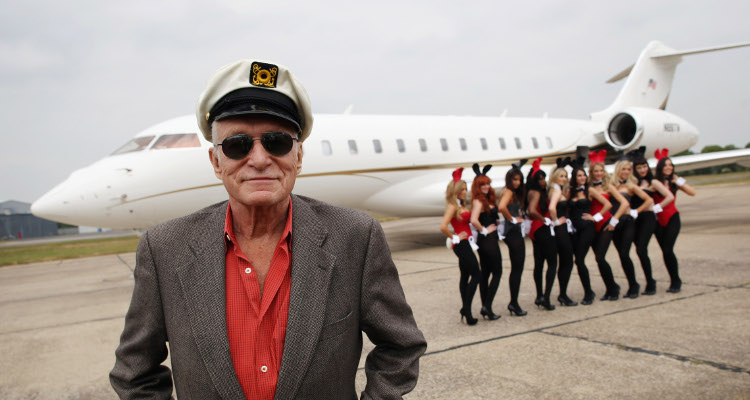 Hugh Hefner  built his business empire around the central idea that beautiful women never go out of style. His success with Playboy magazine and its associated enterprise proved it.

He was married three times and had a never-ending list of women who became his girlfriends. He lived a life that seemed like a fantasy to any man from the outside looking in. With his death, we lost the man who brought artistic nudity out of the closet.

By his own admission, the Playboy founder slept with more than 1,000 women. Hugh Hefner’s girlfriends list is quite long, but each of them held a special place in his heart.

His larger than life image made many men aspire to live the same kind of life as him. Hugh Hefner’s Playboy Mansion became the venue for countless exciting parties where liquor flowed freely, and sexy Playboy bunnies came and went.

Hollywood stars, athletes, and businessmen made a beeline for these parties knowing that they would have a great time. But with Hefner’s passing, are the good times over?

His son, Cooper Hefner, will run the huge Playboy Enterprises empire now. He has plans to modernize the company.

Hefner has married a total of three times in his life, with his first two marriages ending in divorce. Two of Hugh Hefner’s wives were much younger than him.

Mildred Williams, Hefner’s first wife, was closest in age to business mogul. She studied at Northwestern University just like Hefner did, except he dropped out after his first semester.

The two got married in 1949, but their union was not a happy one. Not long after they tied the knot, Williams confessed that she was unfaithful while he was away in the army during World War II.

As Hefner was saving himself for marriage, Williams thought that allowing him to sleep with other women would lessen her guilt and save their marriage. She gave birth to two of their children, Christie and David, before the couple divorced in 1959.

Hefner did not marry for a long time after his divorce and spent his time running around and growing the Playboy empire. A slew of gorgeous women came and left, but Hefner never committed to any of them.

It was much later in 1989 that he married Playmate of the Year Kimberley Conrad who is 36 years younger than him. They had two sons, Marston Glenn and Cooper Bradford. But, they separated in 1998, with Conrad moving next door to the Playboy Mansion.

Two years after the two were officially divorced, Hefner got married to Crystal Harris on December 31, 2012. She was just 26 years old while Hefner himself was 86. The two were still married when he passed away on September 27, 2017, at the age of 91.

The Fantasy Lives On

Throughout the years, Hefner had a never-ending stream of women who became his girlfriends, and some even lived with him in the Playboy Mansion. Some of Hefner’s girlfriends include Donna Michelle, Shannon Tweed, Barbi Benton, Karen Christy, Sondra Theodore, Brande Roderick, Holly Johnson, and Kendra Wilkinson. They all spent time at Hugh Hefner’s Playboy Mansion and livened up many wild parties.

The mansion was bought by billionaire businessman Daren Metropoulos for $100.0 million in January 2016. He hopes to combine it with his own $18.0 million house to build a 7.3-acre compound.