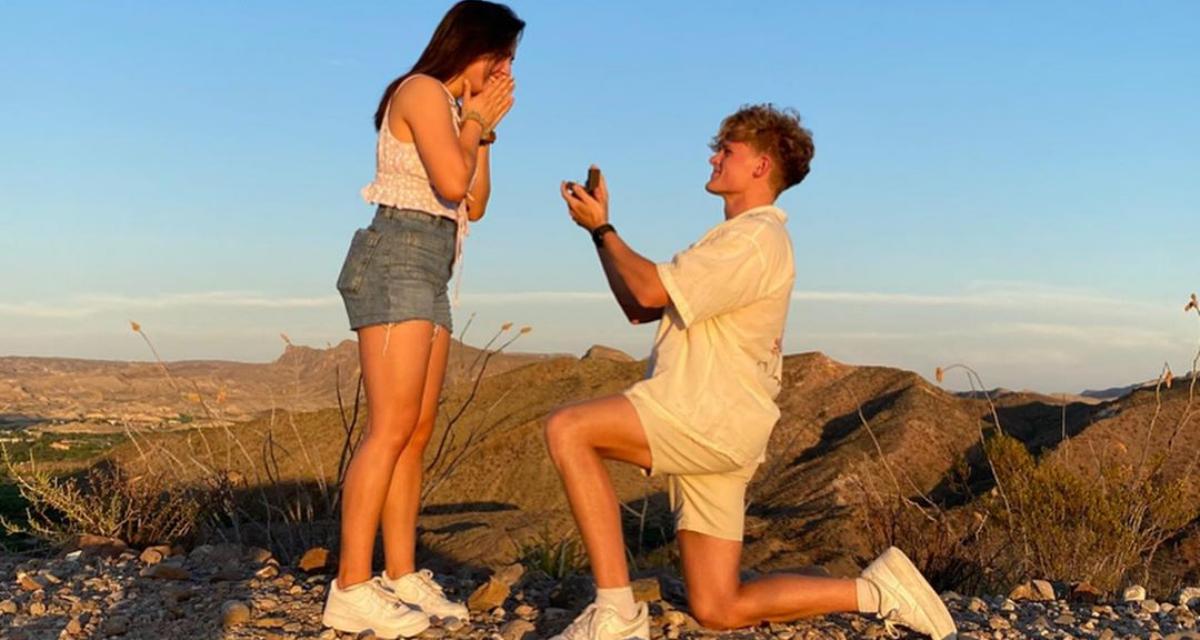 Haley Pham and Ryan Trahan make for one of the cutest couples on the YouTuber scene. They are similar in that they decided to become entrepreneurs at a young age and have successfully used social media to help that. While many are commenting that it’s too shocking to see a couple so young progressing in their relationship so fast, their fans do admit the young pair are truly besotted with each other. And they are celebrating another new step in their relationship. Trahan and Pham got engaged in May 2020!

Haley Pham Is a Dancer and Vlogger

Haley Pham was born on December 5, 2000 in Austin, Texas. Reportedly of Vietnamese descent, she has often spoken about her Asian roots on social media.

Pham was in third grade when she began vlogging on YouTube. She started off with beauty videos, expanding to daily lifestyle, dance, pranks, and challenges. By the time she was 18, Pham became one of the top vloggers on the platform with over two million subscribers.

The dancer’s parents are divorced and her mother lost her job. But with her influencer status and clothing line business, she was able to earn enough to be independent and take care of her mom. Her fans, referred to as Phamily, are familiar with Mamma Pham, who often appears in her videos.

Haley Pham opted not to go to college, and instead become a social media-powered entrepreneur. Her family was not in a good place financially while she was growing up. But she now hopes to use to her fortune to help others in need, especially those in Vietnam.

Like many YouTubers, Pham is no stranger to controversy. She’s been the subject of criticism for some of the things she says and does in her videos. Last year, for example, she was accused of acting “privileged” and “entitled” for complaining about a vacation to Greece.

Ryan Trahan Dropped Out of College to Vlog

Another Texan YouTuber, Ryan Trahan was born on October 7, 1998. Since he began his YouTube channel in 2014, he is close to three million subscribers on the platform.

Trahan’s best known for his witty commentary and comedy content. He parlayed his fame into co-founding the Neptune Bottles and Hydra Collective brands.

Trahan was vlogging and getting an early start to his entrepreneurial dreams while also excelling as a track and field athlete at Rice High School in Altair. His initial YouTube videos used to evolve around his athletic life.

He was a cross-country runner at Texas A&M University when he launched his business venture, Neptune. Trahan promoted his brand on on YouTube; however, he ran into an issue, because using his identity as an athlete to promote the business was against the NCAA and the university rules.

Trahan was told he would be ineligible to run for the university unless he agreed to the school’s terms. However, the budding entrepreneur decided to quit college altogether and focus on his business and YouTube.

Ryan Trahan has no regrets about his decision, as his YouTube and business ventures continue to grow. He reportedly gets 10,000 new subscribers daily.

Most of Trahan’s fans like to point out that the YouTuber is doing all the couple stuff with Pham that he would normally make fun about on his channel.

Trahan and Pham Are Engaged

Haley Pham and Ryan Trahan made their relationship official in 2018. In 2019, they launched their collaborative YouTube channel, Traphamily, which now has around 446k subscribers.

With their combined fortune, the young couple moved into their own home together when Pham was 18.

While they feature in their individual YouTube channels often, the Traphamily channel has their daily vlogs in their shared home, following the standard couple vlogging trends.

About living and vlogging together, Trahan said, “Haley (pham, you know her–my perfect girlfriend) and I bought a house together last October, and it is the biggest blessing in the world. We have a beautiful view in the mornings, so I wake up about 30 minutes before the crack of dawn and brew my morning cup of joe. I like to watch the sunrise and drink coffee. There’s nothing quite like the feeling of gratitude one feels when watching this sphere of hot plasma hit the start button on another day (where’s my Pulitzer?). Around 8:30 a.m., I head to the office, which is actually just an investment property that our team works out of. From 9 a.m. to 4 p.m., we crank out our to-do list. After that, we go to CrossFit and work on my summer bod. From 6 p.m. to 10 p.m., eat dinner and I relax with Haley. Then we do it all over again!” [sic]

The young couple is taking their relationship to the next level, announcing their engagement on their respective Instagram pages on May 18, 2020.