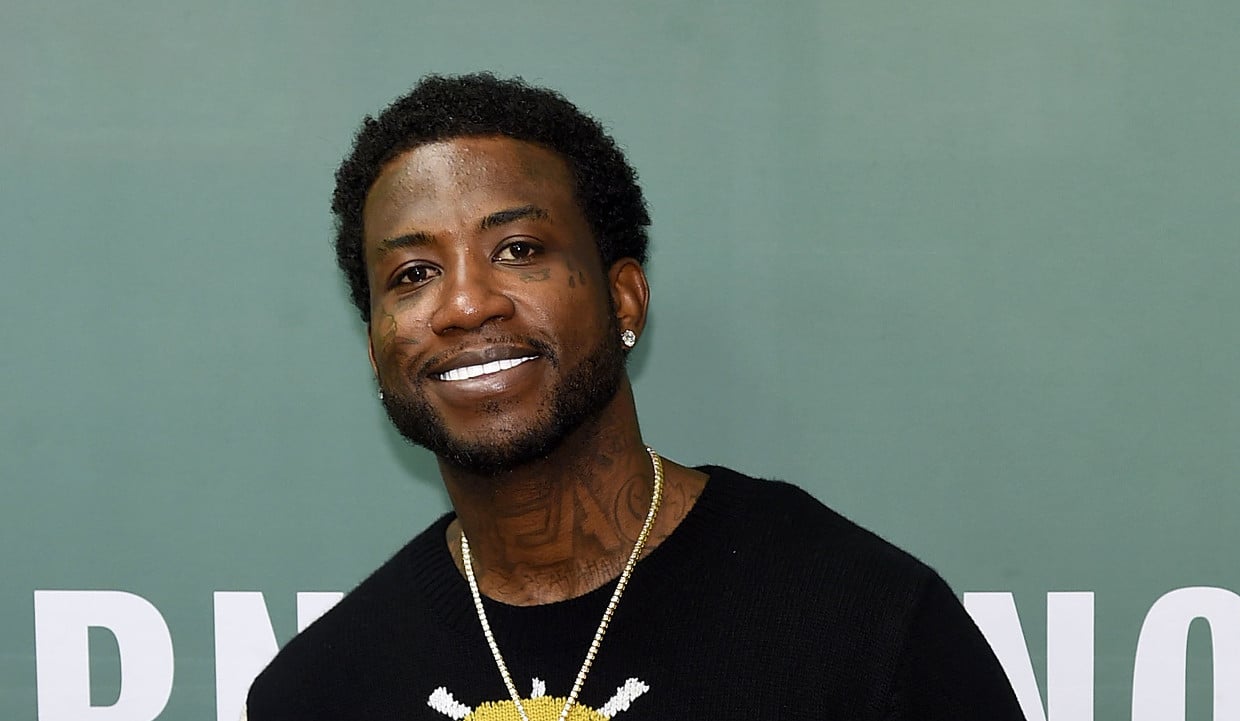 Gucci Mane has produced a huge body of work over the last 15 years to earn a name for himself in the hyper-competitive world of rap and hip-hop music. But he has also been in trouble with the law and surprisingly released music even from prison. Gucci Mane’s estimated net worth is $12.0 million, and his lifestyle showcases it. Keep reading to find out how Mane made his fortune and how he is spending it!

His real name is Radric Delantic Davis, but the world knows him by his professional name, Gucci Mane. Mane has made his fortune by rapping and acting, though he is known primarily for his music. After releasing his debut album Trap House in 2005, Mane has gone on to release 12 studio albums and more than 70 mixtapes. It sure seems like the word “prolific” was invented for him, considering the large body of work he has put out over the years!

Born on February 12, 1980, in Bessemer, Alabama, to his parents Vicky Sean Davis and Ralph Everett Dudley, Gucci Mane’s age is 38 years. Mane had a tough childhood as his father went away to Detroit, Michigan around the time he was born, as he had been dealing in crack cocaine and heroin.

Mane’s mother also had a troubled personal life. S, Mane was brought up in an unstable household before settling down in East Atlanta, Georgia, where he attended Cedar Grove Elementary School. Mane eventually graduated from McNair High School in 1998 and attended college briefly before he was busted by the cops for possessing crack cocaine.

The one constant thing in his life was music as Mane started writing poetry and rapping at the age of 14. He released his first CD titled La Flare and followed it with the single “Black Tee”, which got him attention as a talented rapper trying to make it big. When his debut album Trap House was released to good reviews and moderate sales, Mane’s career went into overdrive. Today, Mane is known as one of the pioneers in the hip-hop sub-genre “trap music”, which has become increasingly popular among listeners.

Mane has released a dozen studio albums to date, which include Hard to Kill, Trap-A-Thon, Back to the Trap House, The State vs. Radric Davis, The Appeal: Georgia’s Most Wanted, Everybody Looking, Mr. Davis, and El Gato: The Human Glacier. 2018 will see the release of his thirteenth studio album, The Evil Genius.

You can imitate me but never duplicate me #TrapGod

Mane is so passionate about music that he released several mixtapes even while he was in prison on a gun charge! And he cashed in on those mixtapes while he was locked up, reportedly earning over $1.3 million by releasing them!

Mane kept himself busy while he was incarcerated by working on his music and writing his autobiography. He co-wrote the book titled The Autobiography of Gucci Mane along with Neil Martinez-Belkin, a former XXL Magazine editor. The book was released in September 2017 and went on to be a critically acclaimed New York Times bestseller.

A Wedding to Remember

Mane married his long-time girlfriend Keyshia Ka’oir on October 17, 2017, in a lavish ceremony, which was the talk of the town for a while! According to reports, the wedding cost the couple a whopping $1.7 million and was featured in their 10-part reality series, Gucci Mane and Keyshia Ka’oir: The Mane Event.

The Mother of All Cakes

Nothing epitomized their expensive wedding more than their wedding cake, which was over 10-feet tall! The wedding cake was made up of four double-tiered layers with crystals hanging from every section. It looked like a white chandelier and perfectly complemented the “diamonds and crystals” theme of their wedding.

The cake was so big that the couple had to use a sword with a blinged-out handle just to cut it! No wonder the Gucci Mane wedding cake cost a massive $75,000, but all guests agreed that it was well worth it. His invitations sent to all the guests cost Mane a sizeable $50,000 in all!

Ka’oir revealed on Instagram that the wedding ring was 25 carats and though she did not give it’s exact price, diamond experts pegged it to be worth between $3.0 to $5.0 million! Wow!

These rings are a symbol of our Love, Marriage & Commitment for each other!! #TheDavis's? #1017

Launching His Own Clothing Line

Mane has his own line of clothing called “Delantic” which gets it’s name from his real middle name. Mane launched his clothing label in September 2017, and the initial reports were very encouraging. The label sells a variety of clothing such as T-shirts, hoodies, and underwear. The T-shirts were a hit for the business straight away. Some famous rappers like 21 Savage, Lil Xan, and Bhad Bhabie have modeled for his brand, and many of the shirts are priced at a reasonable $40.00 each.

Mane has also made a decent amount of money by endorsing several products over the years. Some of the brands he has endorsed include Delantic, Footaction, Supreme, and Reebok. Mane has also been named a brand ambassador for Reebok Classics by the sportswear company. Mane will be promoting his own sneaker line called the “Guwop” Reebok DMX Run 10, which will be all-white with metallic silver detailing.

Even though Mane had decided to work as an independent artist in 2018, he signed a whopping $10.0 million deal with the record label Atlantic Records! Mane informed the world by tweeting about it and thanked Atlantic for the $10.0 million extension of his record deal.

A Self Owned Record Label

Mane owns a record label called 1017 Records, which has released several albums of Mane himself and other artists, as well. The label is also known as 1017 Eskimo and 1017 Bricksquad and is another source of income for Mane. The label has released albums of famous hip-hop stars and rappers such as Young Thug, Waka Flocka Fame, Young Scooter, Ralo, Chief Keef, Young Dolph, and Z Money.

Houses Fit for a King

Mane’s 6,600-square-feet house in an Atlanta suburb is currently valued at $9.0 million and it includes a recording studio, two-story glass walls, a swimming pool, and a grand white piano in the driveway! He currently lives with his wife in a house outside Miami, Florida, which is estimated to be valued between $20.0 and $26.0 million.

It comes with a huge 100 feet swimming pool and $500,000 worth of chandeliers. It has a multi-car garage where Mane can keep his growing collection of expensive cars.


The Fast and the Expensive

Mane loves expensive cars, and with his financial condition being so healthy, he can actually afford them! According to reports, Mane currently owns several costly cars that he loves to ride around in. Here are the cars he reportedly owns, along with their approximate prices.

At his wedding, Mane gifted himself and his wife Ka’oir each with a state-of-the-art Rolls Royce. The red and blue Rolls Royces cost him a massive $350,000 each!

The King of Bling

Mane loves jewelry and has a special place in his heart for diamonds. Apart from the expensive wedding ring he gave Ka’oir, he has also gifted her with a ton of jewelry both before and after they got married. Mane likes to wear costly jewelry himself and is often seen with diamond necklaces, neck chains, bracelets, and watches.

He recently bought a double-panther bracelet weighing 165 carats, and it reportedly cost him more than $500,000! He also spent $450,000 to buy a 1017 CEO chain that is another addition to his large collection of diamond and gold encrusted 1017 chains. Gucci Mane’s total jewelry collection is reportedly worth around $3.0 million! Talk about bling!

Mane lives it up with style and is a passionate collector of expensive watches and rings. He pays particular attention to his clothes and rarely has anyone seen him less than impressively dressed. Mane often wears the best of clothing which includes luxury designer brands like Louis Vuitton, Buscemi, Hugo Boss, Balmain, and Gucci. At one of the MTV VMA Awards, he wore an expensive pair of Bvlgari Swarovski Crystal Sunglasses that cost him a cool $475. What’s more, Mane gets his hair cut regularly, and each trip to the barber costs him a reported $500!

Right now, Gucci Mane is doing a tour of America to prepare the ground for his much-awaited album, The Evil Genius, which is scheduled to release by mid-2018. His tour covers cities like Tuskegee, Fayetteville, Nashville, Syracuse, Sacramento, Las Vegas, Miami, Indianapolis, Denver, New York, and Chicago, and ends on September 16, 2018, in Atlanta.

Mane has always been an exciting live act, and this tour promises to put some more dollars in his coffers.

A Quick Look at Gucci Mane

Gucci Mane’s Estimated Net Worth Compared to Other Rappers