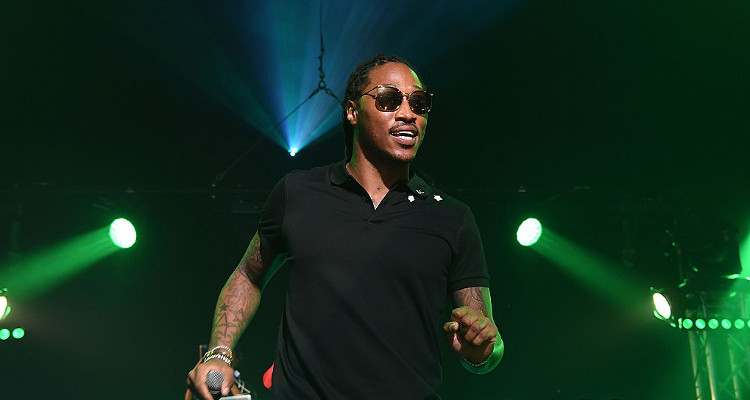 Hip-hop artist, Future made Billboard history with back-to-back #1 albums on Billboard 200. We also know him as a featured artist on several chart-topping albums.

Atlanta rapper, Future is a polarizing hip-hop artist. While some don’t see him as a great artist, Future has a penchant to deliver hit songs —even if they’re not his own. The rapper has had his fair share of problems in his personal life. Some of these scandals have had an impact on his financial life. He currently has a net worth of $8.0 million. How does he fair financially? Find out in Future’s net worth.

How Rich is Future?

There are varying estimates of the rapper’s net worth. Different sources claim his wealth is estimated around $2.0 million, $4.0 million, and $8.0 million. For this piece, we’ll go with the most reliable source that puts his net worth at $8.0 million. His ex, Ciara, slapped him with a defamation and slander suit demanding $20.0 million in compensation. But she later dropped the lawsuit. If she went ahead with it, the legal battle would’ve majorly impacted Future’s net worth.

Comparing a multi-millionaire singer like Ciara and her net worth of $20.0 million, Future is fortunate that the lawsuit was dropped. Platinum hip-hop artist Macklemore has a net worth of $18.0 million while Nicki Minaj banks a whopping $75.0 million. Future does have a higher net worth compared to rappers like Azealia Banks, 2Chainz, Waka Flocka Flame, and Tyga. Rookie rapper, Jaden Smith has already amassed a net worth equal to Future. But in his defense, Will Smith isn’t Future’s dad!

The following table shows how Future’s net worth compares to Ciara’s and other hip-hop artists.

There are different estimates for Future’s annual salary. Some sources claim it’s around $400,000 and others claim it’s more than $2.0 million. Most of his earnings come from his music. You can take a look at his yearly earnings and net worth below.

How Does Future Earn All That Money?

Nayvadius Wilburn, a.k.a. Future, was born into hip-hop. He began his career with the hip-hop group, The Dungeon Family. Performing with the group helped him hone his writing and rapping skills. Since he released his debut album, Pluto, in 2012, there was no stopping him. His deal with Epic records took his career to new heights.

In 2015, he became a full-blown hip-hop superstar. His mixtape with Drake debuted at #1 on Billboard 200, Billboard R&B Charts, and Billboard Hot Rap Songs, making him the first rapper in 11 years to score two number one albums in a year, since Jay Z back in 2004. He has 13 gold records in his career. Though he has a lot of success in the charts and to his name, his net worth is not that high because his fame is relatively new.

He’s finally getting famous at 32 years old, which is relatively late for an artist. But he’s well-known as a hardworking rapper who puts his all into his music. With an annual income said to be around $2.0 million, here’s how some of his albums fared in terms of sales.

Being a Featured Artist

Future is to singles as Dwayne Johnson is to blockbuster movies. The rapper has an impact in turning songs into hits and he knows it. He collaborated with artists like Jay-Z, Rick Ross, Kanye West, Lil Wayne, Kendrick Lamar, Ariana Grande, Usher, Maroon 5, and more. If any artist wants a verse or two by Future, the going rate is $40,000. It is estimated that he makes around $1.6 million just by being featured in other people’s music. It may seem ridiculous, but it’s a price artists are willing to pay for his hit-making charm!

When it comes to collaborations, Future has done more than rap a few verses for other artists. He collaborated with his on-and-off buddy, Drake for the Summer Sixteen Tour in support of their joint album, What a Time to be Alive. The tour grossed a total of $84.0 million off 56 shows becoming the highest-grossing hip-hop tour of all time.

Also Read: Logic’s Net Worth: Is the Rapper the Next Prince of Hip-Hop?

Future hasn’t signed many endorsement deals in his career. But when he did, he went big. He inked a deal with Reebok in March becoming the face of the brand’s Zoku Runner campaign which includes a sneaker co-designed by the rapper himself.

These ad campaigns also give artists an opportunity to promote their brand and music. Some are skeptical of whether or not the Future-Reebok partnership will work. But with Reebok falling behind in the sneaker market, the rapper is literally the Future of the brand.

Where Does Future’s Money Go?

The rapper’s personal life is a little messy and has an impact on his net worth. He’s father to four kids from four different women. It’s probable that Future spends a significant part of his income in child support.

But his lavish lifestyle is far from affected. Future reportedly owns over $700,000 worth of jewelry. He’s known for his collection of diamond encrusted bracelets, white gold rings, and custom pendants that sport the moniker of his merchandising brand: Freebandz. He and Drake rap about their extensive ice collection in the 2015 track, “Diamonds Dancing.” The duo also claim that their jewelry was stolen while they were on tour.

Future is also said to drive around in fancy cars and live in a luxurious home. Here’s a breakdown of his assets illustrated in a table:

Future was engaged to Ciara with whom he has a son, Future Zahir Wilburn. She broke off their engagement amid cheating allegations against the rapper. He proposed to her with a ring worth $500,000 which she returned. Ciara had primary custody of their son and until Future won joint custody.

He didn’t elaborate on the details, but Future claimed to be paying more than $15,000 a month to see his son. However, the situation turned messy. Ciara sued Future for defamation based on some interviews and tweets where he called her parenting skills into question. She was demanding $15.0 million in recompense. Future was also being sued by one of his other baby mamas for failing to pay child support. Ciara however, dropped the lawsuit in January this year. It’s a close save for Future because paying double his net worth could have cost him dearly.