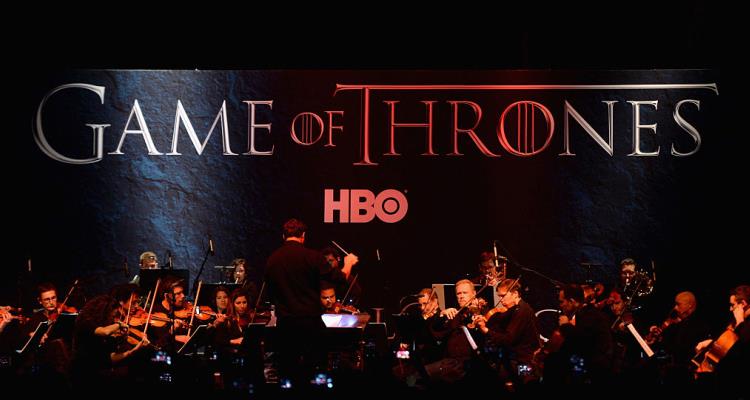 HBO’s fantasy juggernaut is back to bring winter into our lives again. Game of Thrones is returning for the penultimate season on July 16, 2017 and the season 7 trailers already have our hearts pumping! For those who are new to the show, or need a reminder of what happened so far, you might want to catch up with the previous seasons. After all, it’s a colossal universe of houses, mythical beings, jargons, and characters that come and go before we can get over them. But fret not, Throners! You can still get up to date with the past six seasons in one place. Here’s the Game of Thrones story so far.

Overview: Season 1 introduces us to the main characters that drive the legend of the Seven Kingdoms, a world where seasons span for years at a time. We see parallel storylines of the characters on the continents of Westeros and Essos.

Summary: Eddard (Ned) Stark is chosen as the Hand of the King to his good friend and usurper King, Robert Baratheon. He’s also tasked with investigating the death of the previous Hand of the King, Jon Arryn. He uncovers a secret of the House Lannister, which leads to his and Robert’s death, his children being scattered, and Winterfell being in danger. Across the Narrow Sea in the continent of Essos, the remaining exiled descendants of House Targaryen form the other half of the story. Viserys Targaryen arranges his sister, Daenerys’ marriage to Khal Drogo, the leader of 40,000 Dothraki warriors, in exchange for an army to reclaim the Iron Throne. But Viserys and Khal Drogo die and Daenerys manages to hatch the only three living dragons. At the North of the Seven Kingdoms, where the Night Watch stands guard at the Wall, the illegitimate son of Ned Stark, Jon Snow, encounters an ancient threat of the White Walkers.

Read More: “Game of Thrones” Season 1 Recap: Where Did the Best & Worst “GoT” Characters End Up?

Overview: The previous season sets off a wheel of motions that build in season 2. This season, there’s more than one king that wants the Iron Throne. New characters are introduced, whose intrigues set the ball rolling for the Seven Kingdoms.

Summary: After Ned Stark is executed, his eldest trueborn son, Robb Stark, is proclaimed King of the North. He fights for the independence of the North and the Riverlands. That’s where his best friend, Theon Greyjoy of the House that ruled the Iron Islands, plays a part. Meanwhile, former King Robert’s brothers, Renly and Stannis, are fighting among themselves for the Iron Throne, where Joffrey Baratheon sits with the backing of his mother Cersei’s family, House Lannister. Two women play an intriguing role this season: Renly’s wife, Margaery, and Stannis’ enigmatic adviser, Melisandre. Daenerys, with her dragons and her advisor Jorah look for allies to help her reclaim the Iron Throne, while Jon finds himself trapped with the Wildlings.

Overview: The War of the Five Kings takes a turn with Renly being killed and Robb having no intention of taking the Iron Throne. Autumn comes to the Seven Kingdoms, which indicates that winter is not far behind.

Summary: Winter is coming to the Seven Kingdoms, which is now gripped by a four-sided civil war. Margaery’s machinations form a powerful alliance between the Lannisters and Tyrells, which defeat Stannis’ forces, forcing him to regroup. Robb finds himself losing the war, the faith of his men, and Winterfell, while his siblings embark on journeys of their own. Jon is conflicted by his growing feelings for a Wildling, while in the warmer climates, we see the Brotherhood without Banners. Daenerys’ dragons are gaining fame and she uses them to strike fear and acquire an army of warriors called the Unsullied and free Slavers Bay.

Also Read: “Game of Thrones” Season 3 Recap: The Many Deaths

Overview: Another king bites the dust in the War of the Five Kings, and is perhaps the worst yet. The show’s most horrific scene leads to the Starks mourning the loss of their own, while a Targaryen’s ultimate weapon turns into a monster.

Summary: Robb, his mother Catelyn, and wife Talisa, along with his men are betrayed and killed by the Boltons and the Freys at the brutal Red Wedding. The Lannisters ensure their hold in the north by putting House Bolton in control, while Ramsay Bolton tortures Theon. Cersei fears the Lannisters are losing their power to the Tyrells with her son and Margaery’s marriage. But the greatest threat to the Lannisters is Slavers Bay, where Daenerys has an army of Unsullied and has gained goodwill of the freed slaves. But her dragons run savage, which forces her to lock them up. Meanwhile, it’s a three-way battle between the Wildlings, the White Walkers, and the Nights Watch. Meanwhile, Sansa Stark is forced to marry Tyrion Lannister, Bran follows his visions, and Arya is forced to rely on The Hound.

Overview: New leaders are born, but it’s not easy being a ruler. When King Joffrey is killed, alliances break and new ones form. Tyrion seeks refuge with his family’s enemies after killing his father. Daenerys fights for a lost cause, Jon is an unwilling leader, and Arya is one step closer to her revenge.

Summary: With Tywin and Joffrey dead, Tommen Baratheon becomes king. Cersei takes over command of House Lannister and is pulling the strings behind the Iron Throne, which is in massive debt. While the common folk are disgruntled by the ruling houses, a strong alliance is reforged by Tommen and Margaery’s marriage. As it turns out, Petyr Baelish planned it all to exhaust the powerful Houses of the Seven Kingdoms. After saving Jon and the Nights Watch from the Wildlings, Stannis marches to Winterfell. But Ramsay defeats his army and Stannis is killed by Brienne of Tarth. Cersei empowers the Faith Militant to get rid of Margaery and her brother. Arya uses her training with the Faceless Men to take revenge on her father’s killers and is struck blind. Daenerys faces backlash, but finds an adviser in Tyrion. Rescued from assassins by her dragon, she finds herself face to face with Dothrakis.

Overview: Shocking revelations change the course of the story. Winter is coming with armies marching towards the Iron Throne.

Summary: Jon is brought back to life by Melisandre, after being betrayed by his own men. With Theon’s help, Sansa escapes from her treacherous husband, Ramsay and joins Jon to reclaim Winterfell. They succeed with the help of forces sent by Baelish, and Ramsay is killed. The remaining lords of the North declare Jon King of the North. In King’s Landing, Cersei is tortured by the Faith Militant she empowered. She avenges her humiliation by blowing up the Sept of Baelor with wildfire and kills not only the High Sparrow and the Faith Militant, but Margaery, as well. Tommen commits suicide at the loss of Margaery, and Cersei becomes Queen as Jaime looks on. Daenerys, not one to be subdued by the Khals, kills them and takes their Khalasars as her own. She takes back Meereen and frees Slavers Bay. Theon and his sister join forces with Daenerys to reclaim the Iron Islands while helping her. With a mighty army and her dragons, Daenerys and Tyrion set sail for Westeros, while the remainder of House Tyrell joins hands with the Martells against the Lannisters. Bran unveils the biggest shocker: Jon is both a Stark and a Targaryen!