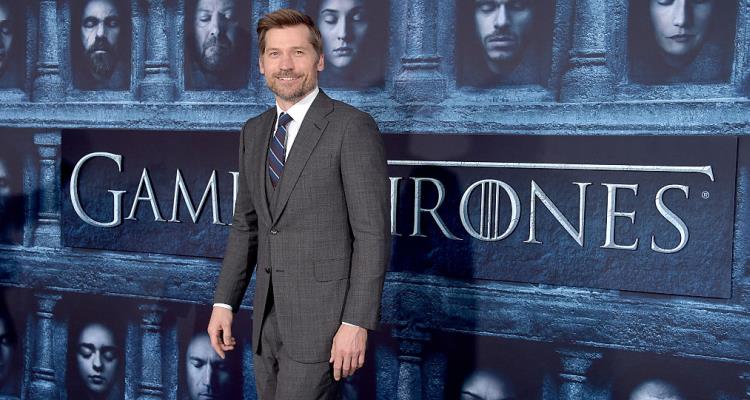 Episode 1: The Wars to Come

Even with Mance Rayer being burned on a pyre, this is a rather tame Game of Thrones recap. Mance Rayder met his demise at the hands of Stannis Baratheon after refusing to bend the knee, and join forces with him. Danerys realizes opposition to her rule in Mereen, after one of her Unsullied soldiers are murdered by the rebel group, Sons of the Harpy. Varys and Tyrion arrive in Essos, and Varys advises Tyrion to help Danerys Targaryen claim the Iron Throne to maintain his status in the (imminently) new society at King’s Landing.

Episode 2: The House of Black and White

Arya arrives in Braavos at the House of Black and White, hoping to reacquaint herself with shapeshifting assassin, Jaquen H’ghar. Jon Snow turns down Stannis Baratheon’s offer to make him a true Stark because of his commitment to the Night’s Watch. Back at King’s Landing, Cersei remembers the prophecy she received as a child, that all of her children would meet an early grave and that she’d be usurped by someone younger and prettier (que a smirking Margery Tyrell). Cersei’s last surviving child, Myrcella, is shown strolling along on Dorne with Ellaria Sand, Oberyn’s lover, looking on and plotting her death.

Margery and Tommen tie the knot, and it becomes apparent that Margery intends to push her mother-in-law out of the picture—she’s turned up the charm to win over the already besotted Tommen! However, as we’ve come to know Cersei over the years, it’s no surprise that she is plotting her revenge already by seeking the counsel of the High Sparrow, a religious leader in King’s Landing. Lord Baelish (aka Littlefinger) reveals he’s planned a strategic union for Sansa—she is to be bethrothed to the sadistic Ramsay Bolton (who, might we add, makes her previous suitor Joffery look like an angel!). In Braavos, Arya begins her training with Jaquen H’gar to become “no one.”

Episode 4: Sons of the Harpy

The Sons of the Harpy make their move and ambush Danerys’ soldiers—the main casualty being Ser Barristan Selmy. Jaime sails for Dorne to rescue his daughter, but not before Ellaria and Oberyn’s daughters plan to kidnap her. Cersei makes the High Sparrow the leader of the Faith Militant, a force of holy warriors. They storm Littlefinger’s brothel and take Ser Loras Tyrell into custody, the homosexual brother of Margery. Even Tommen is unable to get to the High Sparrow to have him released! Ser Jorah and his hostage, Tyrion, set out to sail for Mereen—Jorah’s intentions are to regain Danerys’ affections.

On their travels, Ser Jorah and Tyrion see one of Danerys’ dragons, and are attacked by ‘stone men,’ also known as feral zombies infected with greyscale. Ser Jorah quickly realized he’d been infected. Jon Snow, now Lord Commander of the Night’s Watch, tells his men that the Wildlings will migrate south and settle to help them fight the White Walkers. The Night’s Watch was disgruntled, but followed his orders—well, because they had to. Sansa receives a message from Brienne saying that if he ever needed help all she’d needs to do is light a candle in the tallest tower in the keep.

Ramsay and Sansa are married and have a horrifying consummation, which Lord Bolton forced Theon Greyjoy, or “Reek” as he’s now known, to stay and watch. Margery is taken into custody by the High Sparrow for lying about knowing of her brother’s homosexual tendencies. Jamie and Bronn arrive in Dorne, and are challenged by Oberyn’s daughters. However, a palace guard of Prince Doran seized the combatants, and dragged them off.

Cersei’s plan backfires, and she’s taken into custody by the High Sparrow, as her affair with her cousin comes to light. She threatens him as he throws her into a dungeon, saying that her face is the last thing he’ll see before he dies. Sansa tries to signal to Brienne that she needs help, but Reek reveals her plans to Ramsay, and there are dire consequences for the servant that had pledged to help her. Tyrion and Jorah finally come into contact with Danerys, though they have yet to speak.

Jon Snow and Tormund have a terrifying encounter with White Walkers, but both fortunately come out unscathed physically—psychologically, though, the two are likely traumatized as they witness the resilience and power of the Night King. Tyrion and Danerys become unlikely allies, as she spares his life and agrees to keep him by her side. Cersei is still imprisoned, and Sansa discovers that Theon didn’t murder her youngers brothers, and that they may still be alive.

Episode 9: The Dance of Dragons

Melissandre sacrifices Stannis’ daughter (with her parents’ consent) to the Lord of Light, in hopes that his campaign against the Boltons would be blessed. Danerys and her people are attacked by the Sons of the Harpy, but Drogon comes to their rescue. Jon Snow returns to Castle Black and is met with a sour greeting from the Night`s Watch, since they believe he risked too much to save the Wildlings when they encountered the White Walkers.

The Boltons and Baratheons finally face off. Despite his sacrifice, Stannis’s force was slaughtered. Jaime, Bronne, and Myrcella leave Dorne. Ellaria Sand, who’s made amends with the family, plants a poisonous kiss on Myrcella’s lips—she dies on the boat before making it home to Cersei. By far, one of the most surprising and contentious deaths in Game of Thrones history, is the one that took place in this episode. Steward Olly rushed to the Lord Commander of the Night’s Watch chambers, claiming that one of the Wilding’s has seen his uncle, who he though was deceased. He rushed down stairs and was stabbed by a procession of knife-wielding brothers, supposedly “for the watch,” with Olly having the last blow. Yeah, we hate his guts, too.