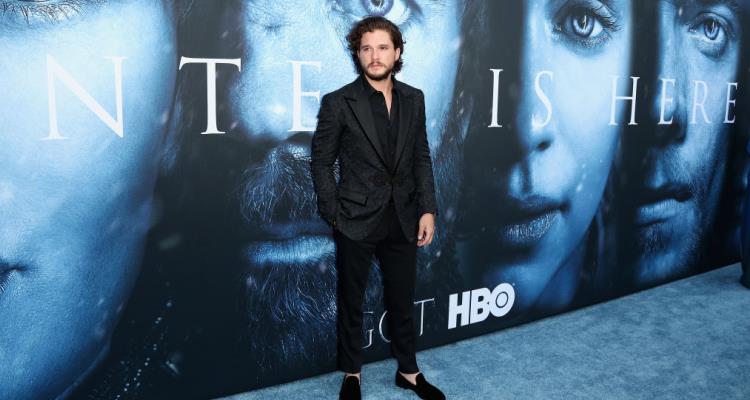 Season seven of Game of Thrones is just a few days away—we’d like to say that the past year flew by and that we can’t believe the season premiere is already here, but that is not the case. The months leading up to this have dragged on, and we’ve been teased relentlessly with some amazing trailers. So, in preparation for the seventh season premiere, we’ve put together a Game of Thrones season 4 recap. Whether you’ve watched Game of Thrones season 4 or not, take a look at these highlights to ensure you don’t forget any of the important details that could affect the outcome of season seven!

The season opens with a rather tame episode. Tyrion p­urposefully shoos away his lover Shae (by telling her he’d never be able to love a whore -Ouch!), for fear that his father would kill her if he caught wind of their relationship. Jon Snow is on trial at Castle Black for sleeping with Ygritte, but he tells the group he’s learned their plans, and is released. It’s also worth noting that Sansa is thanked by Dontos Hollard, the Kings Fool for saving his life on Joffery’s name-day celebration.

Episode 2: The Lion and the Rose

This wouldn’t be a Game of Thrones season 4 summary if there was no mention of Theon Greyjoy’s descent into “Reek.” We see the shell of Theon shaving Ramsay’s beard, and he has no notable reaction when he tells him that Rob Stark, who was like a brother to him growing up, had been killed. The season 4 Game of Thrones cast was reduced by one main character, much to the delight of viewers. Joffery was poisoned by the pie at his wedding to Marjorie, and Tyrion was arrested on the charges of his murder. In the midst of the chaos, Dontos and Sansa flee King’s Landing.

In this episode, audiences see Danerys’ army arrive at Mereen. She chooses Daario Naharis to defeat the Champion of Mereen, and Danerys tells the slaves of her victories in Astapor and Yunkai. She promises them their freedom, and launches barrels of broken slave collars to symbolize her promise.

Lady Olenna Tyrell advises her granddaughter to form a bond with Tommen, Joffery’s younger brother, to ensure Cersei doesn’t turn him against her. Margery visits his room later that night and charms him successfully. Jaime tries to convince Cersei that their brother is innocent, and didn’t kill Joffery. Cersei is relentless, and expresses her desire to capture Tyrion’s wife, Sansa, as well. To this, Jamie responds by sending Brienne of Tarth to find Sansa and to give her Oathkeeper, a Valyrian steel sword, to keep her safe.

Episode 5: First of His Name

Tommen Baratheon is crowned king and his mother has agreed to his wedding with Margery. Lord Baelish and Sansa arrive in the Vale of Arryn, to stay with Sansa’s aunt, Lysa. Lysa and Petyr get married, and Lysa says that once Tyrion’s been executed, Sansa would marry her son, Robin.

Episode 6: The Laws of Gods and Men

Tyrion’s trial for Joffery’s murder takes place, and his scorned ex-lover Shae takes the stand. She fabricates a story that portrays Tyrion as guilty, and he lashes out on the people of King’s Landing because of their ingratitude for saving them in the Battle of Blackwater Bay. He attacks his father, as well. Adamant about proving his innocence, he demands a trial by combat.

Oberynn Martell volunteers to fight for his trial by combat in honor of Tyrion, since he’s been looking for a way to kill Ser Gregor “The Mountain,” to avenge the rape and murder of his sister. Lord Baelish (who’s had eyes for Sansa) tries to kiss her in the Vale, and his new wife Lysa sees this. In a fit of rage and jealousy, she attempts to push Sansa through the Moon Door, but Lord Baelish promises to send Sansa away if she spares her. As Lysa backs away from Sansa, Lord Baelish pushes her through the Moon Door instead, to her death.

Episode 8: The Mountain and the Viper

Danerys discovers that Ser Jorrah, one of her trusted advisors, was a spy for Robert Baratheon, and exiles him from Mereen for his betrayal. While Oberryn puts up a valiant fight against Ser Gregor, he loses the battle in one of the goriest deaths in GOT history. The Mountain quite literally, crushed him with his bare hands.

Episode 9: The Watchers on the Wall

Castle Black comes under attack by Mance Rayder’s army, and Ygritte advises her group that it’d be a good idea to attack form both sides. Men of the Nights Watch capture Tormund, and the wildling army eventually withdraws, but not before young Olly shoots Ygritte in the back with an arrow, and she dies tragically in Jon Snow’s arms.

Arya Stark has been travelling with the Hound this whole time, who intended on taking her to the Vale in hopes that her aunt would pay the ransom for her. They run into Brienne on their way, and the Hound and Brienne battle it out for custody of the young Stark girl—however she slips away during their fight. Arya finds the Hound near death when the fight is over, and takes his money and leaves him to die before finding herself a cabin on a ship headed to Braavos. Tyrion escapes from the dungeon where he’s been imprisoned, and kills both Shae and his father before boarding a ship (destination unknown) with Varys.