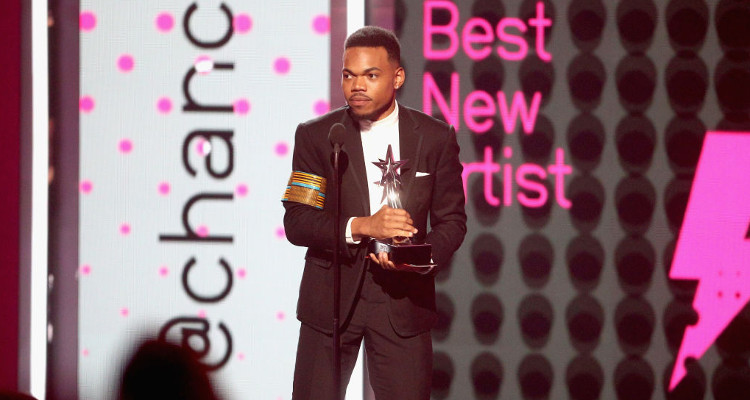 Chance the Rapper is on a mission to make the world a better place, and he has started with the city of Chicago. His ambition is to help underprivileged communities in the United States and the rest of the world. With a net worth of $9.0 million and encouragement from his fraternity, the rapper is leaving no stone unturned in making his dream come true.

Michelle Obama gave a short televised speech before the award was presented to Chance the Rapper. In it, she said, “We’re so incredibly proud of you Chance. Chance is showing our young people that they matter. Chance, you are an outstanding role model and an inspiration to people who care about the next generation…I can think of no better legacy to leave.” The audience erupted in cheers when Chance the Rapper came on stage to receive the award. Here is a bit of the Chance the Rapper’s speech transcript:

“I’m 24 and to be receiving something like this at my age it feels good as hell. I love this. I love black people man. Gas me up, please. Gas me. I was gonna say it feels a little early to get something like this. But my God doesn’t make mistakes. And I like to think he’s putting this enormous pressure on me to see how I act. And I had plans to tell the world and everyone watching to make the world a better place…But my big homie Reese told me that we gotta work on ourselves before we change the world.”

Remember who you are.

Chance also spoke about some burning topics of the day like police brutality, little funding for public education, mass incarceration, and the current administration’s lack of empathy towards these vital issues. He said that he wanted to help people beyond Chicago and the United States, by extending his efforts throughout the world. The truth is, that you can’t help anybody if you don’t have the resources to do so. Chance has got that angle well covered, though. He is very good at raising funds, and he has some money of his own. In fact, Chance the Rapper’s net worth is a cool $9.0 million and is sure to grow as the success of his career continues to increase. The rapper is not afraid to dig into his own wallet to help out some needy folks whenever required.