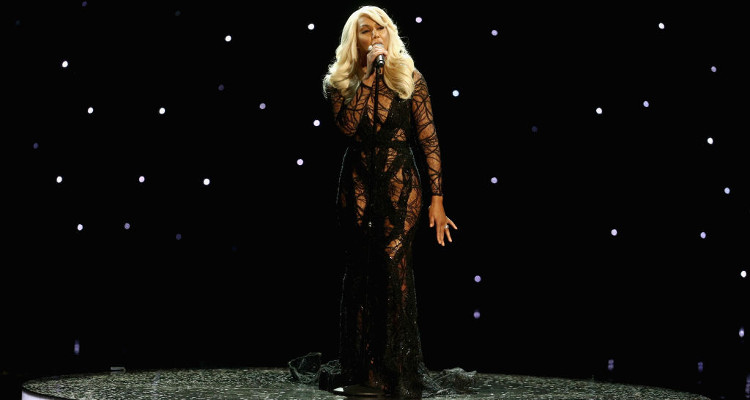 Grammy-nominated diva, Tamar Braxton performed at the BET Awards 2017. She performed her latest track called “My Man,” and looked fabulous as she did it. Move over haters, Tamar Braxton can slay!

Tamar Braxton captivated everyone at the BET Awards 2017! Not only did her chic, white lace dress on the red carpet go down in the history of BET’s best dressed, but she also made everyone go crazy with her performance of “My Man” from her upcoming album. She had some hurdles in her TV career in 2016, but her music career seems to be unstoppable! If you watched the BET Awards 2017, you know what we’re talking about. If you didn’t, you can watch Tamar Braxton’s BET Awards performance video, right here.

From the moment she stepped on the red carpet last night, Tamar Braxton had everyone’s attention. Sticking to the long dress style trend, Braxton wore a sheer, white lace gown, which looked both sexy and graceful. The dress hugged her curves, and her blonde bob was on point.

But the Braxton Family Values star’s performance at the BET Awards was absolutely stunning. After her controversial firing from The Real and joining Steve Harvey’s new show, she made a comeback to music. Her latest single, “My Man” from her upcoming album debuted this past April.

She stood on a pedestal on stage (very appropriate) looking like the goddess she is, as she sang. Dancers brought the song to life lyrically around her, but her vocals really shined. The audience rose to their feet at her amazing voice.

In fact, her voice was so perfect that there are a few who could not believe it was live! Within seconds of her performance, Twitterati began accusing her of lip-synching. But most would agree her vocals are flawless. Watch Tamar Braxton’s performance video right here on the BET website, and you can be the judge.