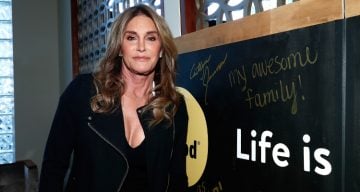 Former Olympian-turned-reality star, Caitlyn Jenner revealed in her new memoir that she underwent the final surgery for her gender reassignment. She now hopes that fans will stop speculating about her gender.

It’s been almost two years since Bruce Jenner transitioned to Caitlyn Jenner in an open platform. But Jenner remained tight lipped on her physical transition from male to female. Since her memoir, The Secrets of my Life has been in the works, she has been sharing some tidbits from it. The biggest revelation in her memoir is that the 67-year-old underwent the final gender reassignment surgery earlier this year. Jenner says she feels “liberated” after the surgery. We’re sure many of you are curious to know about the nature of Jenner’s transition. We will explain what gender reassignment surgery is, so you can understand more about Caitlyn Jenner’s surgery.

What is Gender Reassignment Surgery?

Hundreds of thousands of people feel they don’t fit the gender they were born with. “People who wish to live their lives as the opposite sex are known as transgender,” as defined by WebMD. While lifestyle changes are one aspect, physically changing your gender is a complex process only a few transgendered people go through. Some opt for hormone therapy alone, while others go through major surgeries.

#TransDayOfVisibility There's no better visibility than with sisters by my side.

Hormone replacement therapy affects the person’s characteristics. For trans women, they can become more feminine by reducing muscle mass, redistributing body fat, increasing breast tissue, slowing facial hair-growth, and lowering the testosterone. The effects of HTR can be seen as early as the first month, or up to five years. Though it won’t alter the appearance, it can ease the stress of gender dysphoria.

Many often don’t go beyond hormone therapy because of the costs incurred by the surgery. Gender reassignment surgery costs can run up to anywhere between $5,000 and $100,000, with varying insurance coverage. In cases where hormone therapy isn’t enough, surgery is the last option. Depending on the kind of surgery, it could be an irreversible choice.

check out before & after pics of Bruce (Caitlyn) Jenner and Sylvester Stallone #itsPLAYtimebaby pic.twitter.com/zrYHgK7Q9t

How Does Gender Reassignment Surgery Work?

As WebMD puts it, the surgery involves “recreating a person’s genitals to that of the opposite sex. Removal of the gonads may be done as well.” The male genitalia is reshaped to look and function like female genitalia as much as possible. Some procedures, like breast implants for men or mastectomies for women, can be reversed.

In the case of Caitlyn Jenner, she underwent male to female surgery. There are associated surgeries such facial feminization, breast augmentation, a tracheal shave, and more. Jenner underwent these three surgeries as well as getting her brow lifted and jawbone shaved. She was photographed leaving the clinic after a tracheal shave surgery in 2014.

YouTube star, Gigi Gorgeous also transitioned from male to female for the world to see. She underwent hormone replacement therapy, tracheal shave, breast augmentation, and facial feminization. She got a nose job and got rid of facial hair through electrolysis. Gigi is a friend of Jenner’s daughter, Kylie Jenner, and has been featured on her app.

the evolution of Gregory Gorgeous, also known as Gigi Gorgeous.
how can you be hot as a boy & girl? ?? pic.twitter.com/s5TUVYsVDh

Like many surgical procedures, these surgeries are not without risk. For male-to-female surgery, WebMD lists the following risks:

Considering the risks involved, Jenner wrote why she opted for the surgery. “So why even consider it? Because it’s just a penis. It has no special gifts or use for me other than what I have said before, the ability to take a whiz in the woods,” she said in her book.

Now that she has transitioned into a woman, the Olympic gold medalist hopes people will stop speculating about her gender. “You want to know, so now you know. Which is why this is the first time, and the last time, I will ever speak of it.”