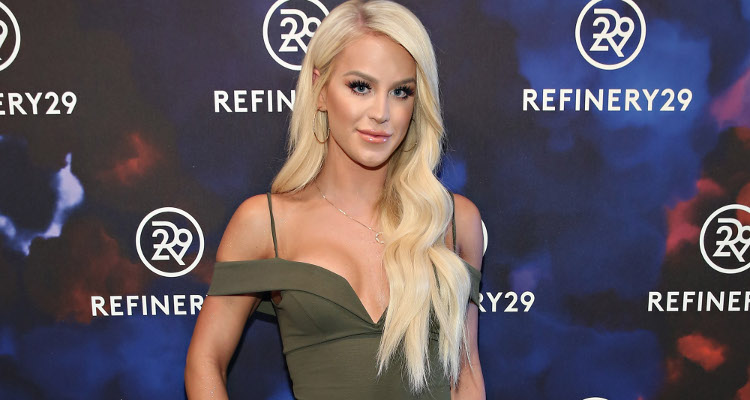 Gigi Gorgeous is slaying everywhere she goes! She is a groundbreaking celebrity, who took the Internet by storm after coming out as transgender. There is so much to know about this YouTube personality and we’ve got just what you need to know, right here.

Gigi Gorgeous is an unparalleled Internet celebrity, who has scores of fans. Ever since she came out as a transgender and let the whole world witness her transformation, she became a millennial icon who broke barriers. Is Gigi Gorgeous a boy? Not anymore! Gregory Gorgeous transitioned into Gigi Gorgeous and is loving her new life as a woman. You need to take a look at the Gigi Gorgeous wiki we put together for you, because it’s going to make you want to follow this brave soul, who’s an inspiration to so many.

The 24-year-old has amassed a net worth of $2.0 million, with an annual salary of around $1.3 million. Considering all her wealth comes from her various social media initiatives, it is very impressive! Before her transition, she had a YouTube channel where she gave makeup tutorials.

Since her transition, Gigi Gorgeous’ YouTube videos focused more on fashion and lifestyle advice. She has more than 2 million followers and gets up to 150 million views a month.

*pretending not to be the drunkest one at lunch while posing with a bottle of rum because when in Cuba..?*

She also hosted the YouTube-based reality show, The Avenue and appeared in videos of other YouTube celebs. She later broke into the modeling and acting world with short films like I Hate Myselfie, Better Than Sex, I Hate Myselfie 2, and her documentary, This Is Everything: Gigi Gorgeous. The documentary was directed by Oscar-winning director, Barbara Kopple and premiered at the Sundance Film Festival.

Gigi Gorgeous was also featured in Adam Lambert’s music video for “Another Lonely Night,” and made guest appearances on Project Runway: All Stars, among other TV specials.

I thought this is blonde @danisnotonfire but it was Gigi Gorgeous before transformation pic.twitter.com/6463kslhuv

Gigi Gorgeous’ parents are David and Judith Lazzarato. This Canadian celeb has Italian, Lebanese, and French heritage. During her teens, she was a nationally ranked diving champion, who also had an interest in fashion. She studied fashion at George Brown College while making YouTube videos, but eventually left school to pursue her YouTube career.

A turning point for Gigi was in 2012, when her mother passed away of Leukemia. Her mother was Gigi’s biggest supporter, and her death sparked Gigi’s transition. “[Her death] made me realize, ‘Life is too short to not do what you want to do.’ Let’s become the most authentic you that you can be,” she said.

She earlier identified herself as a “gay male” named Gregory Gorgeous in her videos. In December 2013, she sat in her Toronto bedroom and came out as transgender online, turning her into an overnight icon. She then underwent a series of surgeries, including breast augmentation. The world then saw Giselle Loren Lazzarato, a.k.a. Gigi Gorgeous, come to life.

the evolution of Gregory Gorgeous, also known as Gigi Gorgeous.
how can you be hot as a boy & girl? ?? pic.twitter.com/s5TUVYsVDh

#3. Her Ex-Boyfriend Motivated Her Transformation

Gigi was dating Cory Binney, another Internet personality. He also had an impression on her and inspired her transition. “I was new to living life as my authentic self,” she said of her ex. “So when I found someone who accepted me, I was on top of the world,” she added. It’s not known when they dated and broke up, or how their relationship is at the moment.

After her transition, the former “gay male” identified as bisexual. However, in September 2015, Gigi Gorgeous came out as a lesbian in one of her YouTube videos. She is now dating model and activist, Natalia “Nats” Getty, a wealthy heiress from the Getty family.

“It’s crazy how life takes you on these roads that you’d never expect. I never thought I’d fall for a girl. But I wouldn’t change it for the world,” she said about dating the great-granddaughter of oil-tycoon, J.Paul Getty.

#4. From Inspired to Inspiring

Using her Internet star power, Gigi Gorgeous became a role model among the LGBTQ community. She uses her platform to spread awareness about the community, transgender issues, and anti-bullying. She had a two-page spread in People magazine and was featured on Entertainment Tonight, after coming out as a lesbian. Gigi has won a Streamy Award for Best Beauty Series and a Logo TV Award for Trailblazing Social Creator.

In August 2016, immigration officials at Dubai International Airport detained Gigi Gorgeous and seized her passport, solely because she was a transgendered woman. The country didn’t recognize her gender as legitimate though her passport said she was a female, not a male. Airport officials claimed that her passport didn’t reflect her current gender, which she outright rejected, explaining that her photo was current and her name was legally Giselle Lazaratto.

After a five-hour ordeal, Gigi was released and took to Instagram to share her experience. Her 2.3 million followers were furious by the treatment she got and the hashtag, #JusticeForGigi trendig on Twitter. Gigi Gorgeous called for equality and legal protection of the LGBTQ people, and her supporters demanded a reform in anti-LGBTQ regulations, so that such incidents don’t happen again.

After being detained and held at the Dubai airport for over 5 hours, this was the moment my baby came to rescue me. Yesterday was one of the scariest moments of my entire life and I wouldn't wish it upon anyone. How you can be denied entry somewhere just because of who you are is seriously disgusting and also very scary. This further proves the need for CHANGE. I am now on my way to somewhere much more accepting. Safe and sound and happy. I love you guys?

Gigi Gorgeous’ famous friends are of the likes of Miley Cyrus and Kendall Jenner. Gigi had teamed up with Cyrus in the singer’s, Happy Hippie Foundation’s Marie Claire “#InstaPride” campaign. They were even featured together on Marie Claire’ photo spread. At the 2015 VMAs, Gigi and a group of drag queens introduced Cyrus before her performance.

She’s also a very close pal of makeup maven, Kylie Jenner. In case you’ve forgotten, Kylie’s father, Caitlyn Jenner is a role model for LGBTQ everywhere. Gigi Gorgeous, being extraordinary in the art of makeup, did a series of makeup tip videos on Kylie’s app. She is also part of Kylie’s close circle of friends.

OFFICIAL EXTENDED TRAILER FOR THIS IS EVERYTHING IS OUT NOW ON MY CHANNEL OMG OMG OMG?