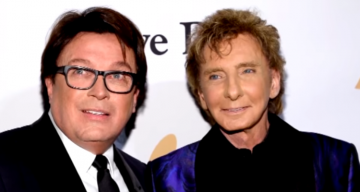 When legendary pop icon, Barry Manilow comes out as gay this late in the game, you can’t help but be curious about the timing. After so many years, the “Mandy” singer, now 73 years old, has finally decided to reveal the true nature of his sexuality to the world. If you want to learn more about the hit singer, then have a look at our Barry Manilow wiki.

Barry Manilow was born Barry Alan Pincus on June 17, 1943 in Brooklyn, New York. His paternal grandfather was Jewish and his paternal grandmother was Irish-American Catholic. His maternal grandparents were of a Russian Jewish background. Barry adopted his mother’s maiden name (Manilow) after his bar mitzvah. He was raised by his single mother, Edna.

Does Barry Manilow Have Children?

Manilow doesn’t have any children, but he was married to his high school sweet heart, Susan Deixler. The marriage was short-lived and only lasted under a year.

“I was in love with Susan,” said Manilow. “I just was not ready for marriage.” The star maintains he wasn’t struggling with his sexuality at the time of their one-year matrimony. “I was out making music every night, sowing my wild oats — I was too young. I wasn’t ready to settle down.”

Barry Manilow’s manager, Garry Kief met the singer in the seventies and saved him from financial ruin. The two have been a couple for over 40 years and made it official in April 2014 in Palm Springs, California, at Manilow’s estate. The “Can’t Smile Without You” singer lived with television production assistant Linda Allen for a time when rumors were being spread about Kief and Manilow, who kept their relationship a secret. Barry Manilow’s secret marriage isn’t a secret anymore and many who knew the star personally, knew about his sexual orientation. Manilow isn’t the first star to come out publicly with a secret and he won’t be the last. Everyone was shocked to learn about Caitlyn Jenner and fans have been nothing but supportive since Arrow star, Colton Haynes came out and confirmed rumors about his own sexuality.

“I thought I would be disappointing them if they knew I was gay. So I never did anything,” said Manilow. Turns out, “When they found out that Garry and I were together, they were so happy. The reaction was so beautiful — strangers commenting, ‘Great for you!’ I’m just so grateful for it,” he said.

“This is my life, we’ve been together for all these years,” explained Manilow, who was previously married to Susan Deixler from 1964 to 1965. “Everybody knows that we’re a team. Everybody that I know knows. So it never really dawned on me to say anything about it. I mean, I’m a very private guy.”

“I don’t even like people knowing the names of my dogs, so for the public to get that close was really very… it was strange that we were even talking about it,” he added. “But I don’t mind at all. I’m proud of it, I am. I’m proud of it.”

Check out the clip from Entertainment Tonight below, where Manilow opens up for the first time about his marriage to Kief.

Manilow’s net worth is estimated at $80.0 million due to his hit songs and lucrative career as a singer. He had financial problems in the past, but it was his husband Kief who helped rebuild his finances and manage his career. We’re happy that after decades living with this secret, Barry Manilow is finally happy to share with the world the details of his personal life. We wish the two nothing but the best!