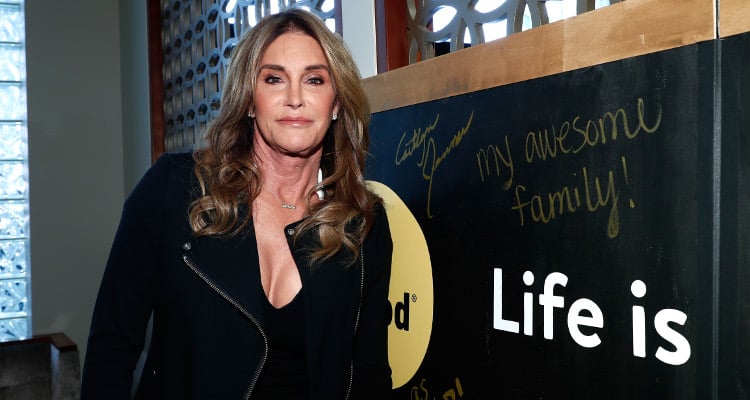 A hot-button topic and possibly 2015’s most publicized celebrity news story, Caitlyn Jenner sports a net worth of $100 million following her transition into a transgender woman.

She continues to profit from public and television appearances—including a show dedicated entirely to her transition—as well as other personal business ventures.

Originally notable for her gold medal in the 1976 Olympics when she was still known as Bruce Jenner, and for being a part of the Kardashian family via her marriage to now ex-wife Kris Jenner, the overwhelming media attention over the past year has almost muted all of Caitlyn Jenner’s past accomplishments and actions—including her part in a fatal car crash—to focus, instead, almost entirely on her transition and role in LGBT awareness.

Born on October 28, 1949 in Mount Kisco, New York, the child who would become one of the world’s most talked-about women had a relatively uneventful childhood outside of a dyslexia diagnosis. Jenner attended Graceland College in Iowa on a football scholarship, but would be forced to give up the game due to a knee injury. However, Jenner’s coach suggested a shift to the decathlon, which Jenner did for the first time in the Drake Relays in 1970 and earned fifth place. Jenner graduated in 1973 with a physical education degree.

Jenner made the Olympic team in 1972 after making up for an otherwise average time with a swift final lap. Coming in tenth in the decathlon at the Olympics in Munich that same year, Jenner began training more seriously following the event, citing a Russian athlete as inspiration, while selling insurance in the evening to assist the family income. The training paid off, with Jenner winning a 1974 men’s decathlon event, the French national championship, and a gold medal and tournament record at the 1975 Pan-Am Games.

Jenner would go on to set a new world points record in 1976—a record that lasted four years before being beaten. This record was the same race for which Jenner won the gold medal at the ’76 Olympic Games in Montreal, Quebec, Canada. While victory seemed assured by day two, the record wasn’t confirmed until the final event—the 1,500-meter run—in which Jenner went all out in the last lap to set a new personal and international best. This made Jenner a national hero.

Jenner would take advantage of the fame for the sake of net worth, taking on spokesperson roles for several products and making numerous film and TV appearances. However, rules stated that Jenner could not be considered for the Olympics while profiting off the fame. While the appearances obviously dwindled over time as Jenner’s Olympic victory became less relevant, Jenner returned to the public eye upon marrying socialite Kris Jenner (nee Kris Kardashian) in 1991 after only dating for five months. Jenner enjoyed the same fame as the rest of the family after Kim Kardashian’s sex tape led to her (and the rest of the family) becoming a major star.

The only hiccup came in February 2015 when Caitlyn Jenner (still living as Bruce Jenner at the time) was involved in a multiple-vehicle collision that claimed one life, with Jenner’s vehicle being the one that struck the fatal blow. Civil lawsuits have been filed and settled and, aside from a running gag on the most recent season of South Park, nobody blames Jenner specifically for the crash.

Everything changed in April 2015 when Jenner publicly admitted on 20/20 as being a transgender woman and had been feeling that way since her youth, resorting to cross dressing and undergoing hormone replacement until her marriage to Kris Jenner. Undergoing cosmetic surgery and publicly embracing being a woman, Jenner renamed herself Caitlyn Marie Jenner. The public was introduced to the real Jenner when she was featured on the cover of Vanity Fair, which quickly went viral. While her transition continues to spark both positive and negative attention, it has unquestionably done wonders for Caitlyn Jenner’s net worth.

Aside from public appearances and appearing on the various Kardashian TV shows, Caitlyn Jenner still owns Bruce Jenner Aviation, a company that sells aircraft supplies. She also enjoyed a brief motorsports career earlier in life and was the business development vice president for “JennerNet,” a piece of staffing software. She is currently planning a line of makeup, much like her daughter, Kylie Jenner.