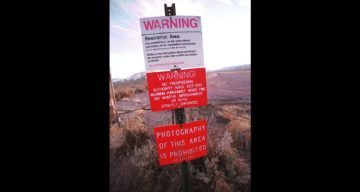 Area 51 never fails to be a hot topic on the Internet. And this time, it’s more dramatic than ever. The government’s super-mysterious Nevada base has long been the subject of conspiracy theories related to extraterrestrials. But people are tired of speculating on whether there are UFOs hiding in this military installation and are ready to face the truth themselves. What exactly is happening or going to happen at Area 51? Get your tin foil hats ready!

Why Is Area 51 Trending?

Conspiracy theories about Area 51 being the ultra-secretive earthly home of aliens abound. The true purpose of this base, officially called Homey Airport or Groom Lake by the United States Air Force, is one of the biggest secrets of the country. However, it’s commonly believed to be a testing base for experimental aircraft and weapons, maybe even those originally of alien origin if you want to believe popular culture and conspiracy buffs.

This time though, Area 51 is a trending phrase in cyberspace because of a Facebook page. A tongue-in-cheek event on Facebook titled, “Storm Area 51, They Can’t Stop All of Us,” is inviting interested UFO believers to blow the lid off the big secret of Area 51 once and for all.

The “storming” is scheduled for September 20 at 3:00 p.m. to 6:00 p.m. PDT. And a great number of people are more than ready to uncover the secrets of this facility.

Posted by Shitposting cause im in shambles on Thursday, June 27, 2019

The Facebook event says, “We will all meet up at the Area 51 Alien Center tourist attraction and coordinate our entry. If we naruto run, we can move faster than their bullets. Lets see them aliens.” [sic]

For the uninitiated, the “Naruto run” is the unusual characteristic running style of the popular Japanese anime/manga character, Naruto.

The style consists of running while leaning your upper body forward and holding your arms straight out behind your torso. There have been some studies on the efficiency of this running style…though we highly doubt it’ll be enough to dodge real-world bullets as the Facebook post claims!

Nonetheless, this event calling all to raid Area 51 at Nevada’s Edwards Air Force Base has gained traction. As of this writing, over 400,000 people have signed on and another 400k people are interested.

Is There Really Such an Event?

This post is most certainly a joke; there’s no raid on Area 51. Unless a conspiracy theorist is inspired to hold this event for real, that is. Considering how illegal and dangerous attempting to raid a military installation would be, we sure hope not.

The event is posted by a Facebook page whose only purpose is to entertain. After declaring this raid on Area 51, the page was flooded with some Looney Tunes-esque ideas for a successful raid. (We’re talking fake UFO-like vehicles for a Trojan Horse trick here.)

This page is also daydreaming about all the fantastic gadgets they hope to find at the base. That includes a possible time travel machine and working McDonald’s ice cream machines (but we know those don’t exist, right?).

However, once again, this post is meant to be a joke. Don’t take it seriously unless you want to be the only person who shows up there on September 20 only to find there’s no raid. So let’s just stick to laughing about it on social media.