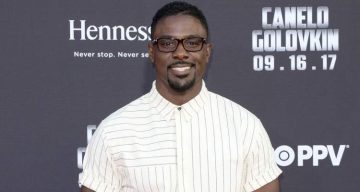 Falicia Blakely’s story is one that people still shudder when they think about today. TV One recently aired a made-for-TV movie based on Blakely’s life titled When Love Kills: The Falicia Blakely Story. It was revealed that she had a son at the time of her arrest. Find out who Falicia Blakely’s son is, and where he is now.

When Love Kills: The Falicia Blakely Story is a movie directed by Tasha Smith that follows the story of Falicia Blakely, who is currently serving a life sentence without parole for murdering three men. Blakely had a son when she was arrested 15 years ago. Many wonder, where Falicia Blakely’s son is now?

Who is Falicia Blakely’s Son?

Blakely was born and raised in Jacksonville, Florida. Her father was out of her life as he was in and out of prison, and her mother was also not a steady figure in her life, leaving Blakely to often spend time with her grandmother. As a teenager, Blakely moved to Atlanta with her mother to start a new life.

Shortly after their move, Blakely became pregnant. After securing a fake I.D., she became a nude dancer at a nightclub, and gave birth to her son when she was around 17. “Man,” as she called her son, was two years old when Blakely was arrested in 2002, making him nearly 17 today.

Now, sources say Falicia Blakely’s son is a budding soccer player with what looks like a bright future. Some thought that Blakely’s story was too much for him to understand at such a young age, but Blakely felt it was essential for her son to know the truth. She wanted him to know why his mother was in jail and not with him. Author Sereniti Hall decided to pen a book based on Blakey’s life and the true story behind the murders. The book, A Treacherous Hustle was recently published and is on sale now. As for Blakely’s son? He agrees with his mother about her being upfront with him about it all. During an interview, Hall said, “She talked with him about everything, meaning the book and the movie. He told her that no matter what, he still loves her.”

Currently, Blakely, who is 33 years old, is serving her sentence in a Georgia prison for murdering three men in two days. Her accomplice, Ameshia Elvin, was also sentenced to life, but was granted the possibility of parole after testifying against Blakely in court. The two were arrested at a diner, and were found driving the car of a man who was murdered.