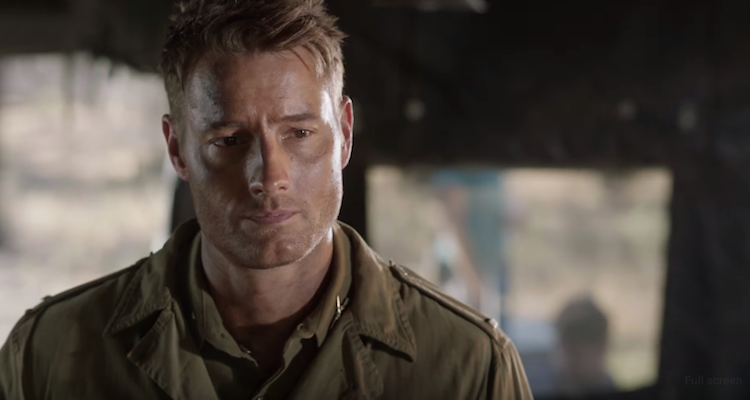 Viewers of This Is Us have become incredibly passionate about the series —and it shows in the ratings! NBC renewed it for two additional seasons right off the bat. But for new viewers, This Is Us can be a confusing show to try and get into. It jumps from the past to the present, and has various storylines going on in each episode. So, where does one start? What is This Is Us about? We are here to help with a quick overview of the show, giving you an idea about the characters, their stories, and getting to the core of what This Is Us is about. Hopefully, this will get you up to date so you can jump on board with This Is Us season 2.

What’s This Is Us About?

This Is Us, what is it about? To be fair, the title isn’t really revealing about the show’s plot. It’s not like Supergirl where you automatically know what the show is about and who the main characters are.

This Is Us is essentially about the lives of Kevin (Justin Hartley), Kate (Chrissy Metz), and Randall Pearson (Sterling K. Brown) from childhood to present day. Kevin and Kate were part of a set of triplets but their brother passed away at birth. Their parents, Jack (Milo Ventimiglia) and Rebecca (Mandy Moore) decide to adopt a baby boy, Randall, who was born the same day and abandoned at a local fire hall. The series was created by Don Fogelman (the writer of Cars, Cars 2, Tangled, and Last Vegas). The format of the show allows for unique storytelling options. For example, we know that Jack died when his kids were teenagers, but two episodes into the second season, we still don’t exactly know how. Questions from the past are slowly being revealed in both past and present segments. We learn that Kevin became an actor due to a childhood insecurity, and how the kids grew up, but there are still mysteries to be explained.

The second season of This Is Us opened with a bang, both in terms of what actually happened and storyline leading up to those points. We learned the aftermath of Jack and Rebecca’s fight because of Jack’s drinking. He admits that it has gotten out of control and we later see the family home on fire, while Rebecca sits in the car with a bag of Jack’s belongings. It has been confirmed that Jack has indeed died in that fire. But we don’t know how the fire started or what Jack was doing inside the house. It’s these types of revelations that make the show so heart-wrenching to watch.

Where to Watch This Is Us

Hopefully, this brief guide has you all caught up on This Is Us so that you can catch up with tonight’s episode. This Is Us airs Tuesday nights at 9:00 p.m. on NBC.