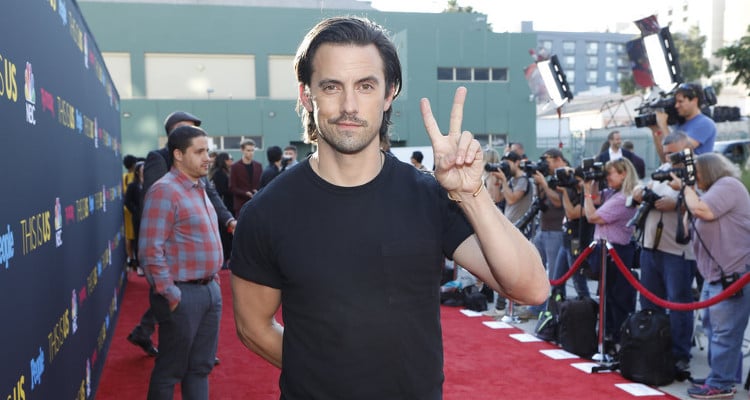 This Is Us season 2 premiered after a long wait, and it was worth it! Or was it? The big mystery surrounding Jack Pearson was seemingly solved (or was it?), but it got more complicated. What happened on This Is Us last night?

This Is Us is back, and the show is already making us go through boxes of tissues. The season 2 premiere solved the mystery surrounding Jack Pearson. Well, now we have an idea of what his fate might have been. But do we really know what happened to Milo Ventimiglia’s character?

This is Us season 2, episode 1 ending left us with many questions. So, we’re going to break down that dramatic climax of the season 2 premiere and look at what happened to Jack.

Picking up where the season 1 finale left off, season 2 begins with the morning after Rebecca and Jack’s big fight. Jack and Rebecca try their best to explain to the kids that they are fixing the fractures in their relationship, but they are not separating. Except that Rebecca’s cold behavior doesn’t support their cause.

Also, Randall’s obsession to adopt is driving a wedge between him and his wife. So, he consults his mother for advice.

Mandy Moore as Rebecca delivers a powerful monologue about how one-half of a couple sometimes takes charge and narrating how Jack gave her that nudge to adopt. That helps him reach a compromise with Beth, and they consider adopting an older troubled kid with the need to be put on the right path in life.

There’s a lot of emotional build-up with Kate, Kevin, and Randall as usual, until we reach climactic moment. Two scenes in the past are shown.

A flash of Rebecca in the car with Jack is juxtaposed with Rebecca driving alone with her husband’s effects. We assume she’s coming from a morgue after Jack died. Kate and Randall are seen crying, and Kevin is not around. Kate would be the one to tell Kevin later that their father is dead.

The episode jumps to another scene where Rebecca pulls up in front of the Pearson family house and breaks down. The camera pans to the home, and it’s gutted, as it has gone up in flames. The police and fire crew cordon off the burned remnants as Rebecca sobs, and we get the feeling that Jack died in the fire.

Is that all there is to it? An entire season 1 build-up about Jack Pearson’s mysterious death and the mystery literally went up in flames? That ending is more puzzling than the speculation about Jack’s fate.

How did the fire start? And, where was Kevin during all of this? Did Jack really die in the fire, or is the scene a red herring?

From Mystery to Confusion

The devastating ending of the season 2 premiere left us with so many questions. Who is that child with Kate and Randall? Why is Kevin’s leg broken? Why does Rebecca have Jack’s personal effects? Did Jack really die in the fire?

About Jack’s death, Fogelman said, “The writers have sat and analyzed every bit of minutiae. A lot of the little things are going to come into play over the course of this season. All the answers about how Jack died, it’s all going to happen this season.”

So, to keep the big reveal under wraps until the episode aired, the scene of Rebecca breaking down in front of the burned down house was filmed a week and a half before the premiere. It was Mandy Moore’s first and only take, which was done in 30 seconds after some secret spy-level planning.

Milo Ventimiglia gave us a clue when he said, “It’s like a pressure valve released a little bit.” But to really know what happens, he wants viewers to closely pay attention to the Big Three (Kate, Kevin, and Randall) and what they “are experiencing and where they happen to be in the moments that are an influence to Jack’s death.”

Moore emphasizes that the clues are in the final scene. “Kate was holding a dog, Randall’s got a girlfriend, and Kevin has a broken leg.” She says the next few episodes will explore the story lines of these images, which will complete the puzzle.

To really know what happened, we’ll have to watch This is Us season 2 every Tuesday at 9:00 p.m. EST on NBC.