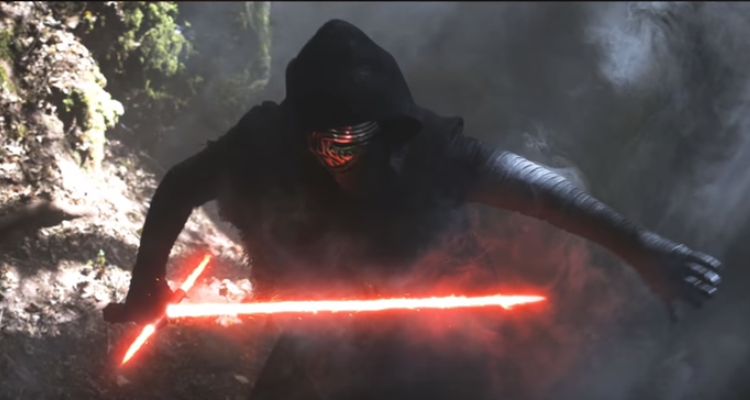 What We Know about the Knights of Ren

“Even you, Master of the Knights of Ren, have never faced such a test,” says Snoke in The Force Awakens.

We know very little about the Knights of Ren, in fact. They are mentioned in The Force Awakens but other than a dark rainy vision where Rey sees them, we really don’t see much of them nor do we know where they came from. From the brief glimpse that we’ve seen of the Knights, there are at least seven of them, including Kylo Ren. That doesn’t mean there isn’t more. Other than that, not much information is given, other than one line from Supreme Leader Snoke mentioning the fact that Kylo Ren was their Master.

With The Last Jedi, we get more of a clue. Luke Skywalker mentions that Kylo Ren killed many students at his new Jedi training grounds, but took a handful with him to Snoke. While it is never outright said, it feels like the Knights of Ren might be made up of these former students. But there are a number of other theories. Read on to learn more!

In the Star Wars: Aftermath series of novels, a group of Sith worshippers emerge in the wake of the Battle of Endor. This group calls themselves the Acolytes of the Beyond. They are obsessed with the Sith, and Darth Vader in particular. They collect Sith artifacts like red lightsabers and masks of former Sith lords. They are led by a former advisor to the Emperor. A number of people theorize that the Acolytes of the Beyond eventually become the Knights of Ren! This could be correct as the secondary material for Star Wars like the novels, comics, and animated series is tightly controlled and very much canon. What we don’t know is if they are the Knights of Ren. If so, where are they in The Last Jedi? If they really are the Knights of Ren, we may see them in the next film now that Kylo Ren has become the leader of the First Order. Or have we already seen them?

Some people think that Snoke’s Elite Praetorian Guard in The Last Jedi (the guys in red armor protecting him) are what has become of the Knights of Ren. They wear armor that is pretty similar, but where they differ is their helmets and the weapons they use. There are some issues with this theory as there were more Praetorian Guards than Knights of Ren. But beyond that, if Kylo Ren is master of the Knights of Ren, why did he slaughter them all? Why did they engage him in combat if he’s their boss?

Theory 3: We Haven’t Seen Them Yet

The most likely theory is that Star Wars‘ Knights of Ren haven’t appeared beyond their appearance in The Force Awakens. They will remain mysterious to the final chapter in this new Star Wars trilogy. This seems like a fairly safe bet in many ways. Other than The Force Awakens, the Knights of Ren have not been mentioned much, nor do they have merchandise like costumes or action figures. Now that Kylo Ren is the leader of the First Order, he may need his own bodyguards and the Knights of Ren would be a good fit!