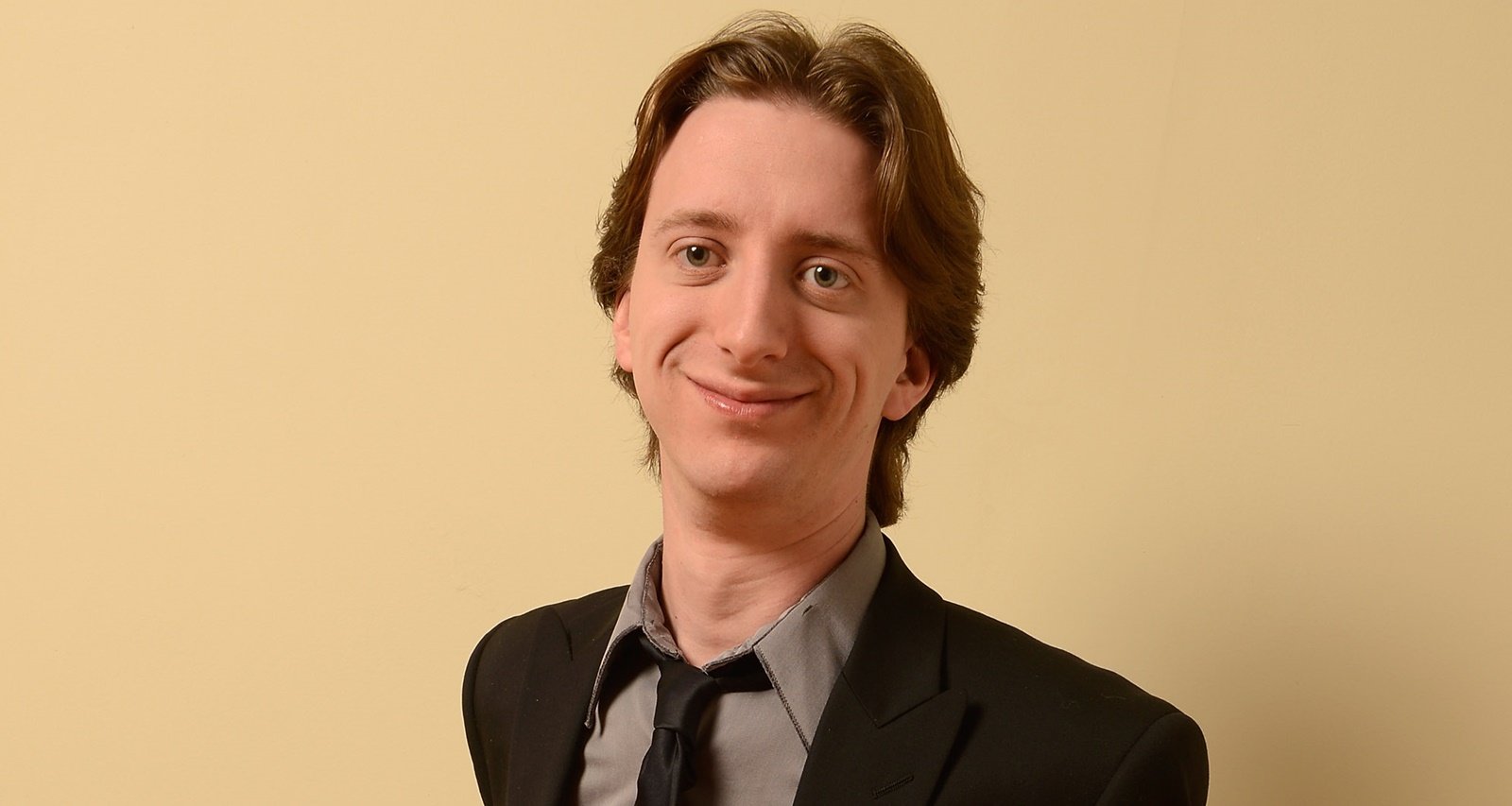 Jared Knabenbauer poses for a portrait during the 2013 Sundance Film Festival at the Getty Images Portrait Studio at Village at the Lift on January 18, 2013 in Park City, Utah. (Photo by Larry Busacca/Getty Images)

ProJared is at the center of a major storm, and it doesn’t look like things are letting up. Days after YouTuber Austin Jones was sentenced for sexual misconduct, claims that ProJared allegedly engaged in predatory behavior were revealed. The allegations surfaced after ProJared’s wife, Heidi O’Ferrall, claimed he cheated on her before their recent divorce filing. If you’re one of the many people confused about the whirlwind of events surrounding the YouTuber, we’ve got a timeline of all the allegations against ProJared.

ProJared and His Wife File for Divorce

May 8, 2019 – ProJared Releases Statement on Divorce

ProJared released a statement via Twitter saying that he and Heidi have filed for divorce. He said in the statement that they decided to separate after Jared went through intensive individual and couples therapy.

In a lengthy Twitter thread, Heidi alleged that the other woman is YouTuber Holly Conrad. Holly split from her husband Ross O’Donovan, another YouTuber, last year.

In recently learned that my husband @ProJared has been fucking @HollyConrad behind my back for months. I have no idea what announcement he just made because he blocked me. pic.twitter.com/QeSAIuahJa

Heidi went on to say that she had the explicit texts and photos Jared and Holly allegedly exchanged as evidence of the purported affair. She also states his alleged infidelity was the cause of the divorce.

Her allegations about the affair were met with skepticism, however, and Jared’s fans lashed out at her in the YouTuber’s defense.

But people close to Jared and Heidi came forward in her defense, and suggested there was truth to the cheating allegations.

Heidi continued to present her side of the story via Twitter. She explained her reasons in one tweet, writing: “I have never dragged any friend or ex online for the sake of it. But my public figure husband cheated on me with another public figure, publicly, while fans cheered them on thinking it was fiction. I think a public conclusion is appropriate.”

I have never dragged any friend or ex online for the sake of it. But my public figure husband cheated on me with another public figure, publicly, while fans cheered them on thinking it was fiction.
I think a public conclusion is appropriate.

Holly faced her own share of the backlash, following which she made her social media accounts private. Before going silent, Holly had responded to Jared’s divorce statement, tweeting: “I’m so sorry you’re going through this. I’m here for you if you need me.”

May 9, 2019 – Heidi Brings Forth Allegations of Abuse against Jared

O’Ferrall shared her story in a series of Twitter threads after Jared revealed they are divorcing. She said that Jared broke up with her in February before they filed for divorce in May.

Jared refused to admit to the affair despite being presented with evidence, according to Heidi. She claims that before they filed for divorce, he made her feel responsible for the separation.

She also claimed that she was isolated and ostracized by Jared’s social circle, and that he told his friends she was “an aggressive and unreasonable person.”

In one of the tweets, she wrote: “During these last few months I was made to feel like I was tainted and unforgivable. That’s one of the worst feelings in the world. I do not wish that on anyone, not even the people who hurt me.”

During these last few months I was made to feel like I was tainted and unforgivable. That's one of the worst feelings in the world. I do not wish that on anyone, not even the people who hurt me

Heidi also retweeted the Twitter thread of an associate, who detailed the alleged abusive behavior he witnessed while spending time with the couple.

I want to talk about the situation involving @AtelierHeidi, @ProJared, and @HollyConrad. Honestly, there are things that I’ve wanted to air out for quite sometime but didn’t because Heidi asked me not to. But let’s be quite clear: What Heidi is saying is true.

ProJared Is Accused of Soliciting Nudes from Underage Fans

O’Ferrall continued to detail shocking allegations about Jared on Twitter. After bringing up the alleged cheating and abuse, she claimed that Jared solicited nudes from fans over several years.

It's also true that he has been soliciting nudes from his fans for years. I was there. In the beginning, it was a joke on tumblr. Then it was its own tumblr account just for nudes. It was ostensibly a body-positive space for consenting adults, and I approved on that basis.

As Heidi said and ProJared fans may remember, the YouTuber’s Tumblr account had become extremely explicit in recent years. She said the nude  photos were initially meant to be funny, but many of his fans who wanted to communicate with him on Tumblr solely about his YouTube content and gaming were put off by the graphic posts.

Heidi alleged that things escalated to Jared asking for nudes from fans on a secret Snapchat account. She said she learned about it through fan comments, but didn’t say anything until now because she “felt pressured to allow it even though I was uncomfortable.”

In response to Heidi’s tweets, several people came forward to share their own experiences. These fans detailed accounts of allegedly receiving unsolicited explicit pictures from Jared on Tumblr. Many said they thought it was a joke until the pictures Jared allegedly sent got more graphic.

Some immediately unfollowed him, while others claimed they felt manipulated into sending him nudes. Many of the one-time fans stated that they were struggling with mental health issues at the time. At least two people came forward to say they were underage during the Tumblr exchanges.

hey, im going to come out with my experience with jared. i will be posting evidence in this thread. pic.twitter.com/Pw0AwcjSlG

NormalBoots, the YouTube creator collective ProJared was a part of, initially remained silent on the issue. However, as more people responded to Heidi’s tweet with their own allegations that Jared solicited nudes from fans, NormalBoots responded on the matter in a statement.

The company confirmed that they received an e-mail containing allegations of misconduct on April 4. Jacque Khalil, the manager of NormalBoots, immediately alerted Jared and the legal team, according to the company. None of the other creators were informed about the ongoing investigation.

NormalBoots and Jared mutually agreed to part ways in light of the allegations in the e-mail. Other YouTube videos featuring ProJared were also scrubbed from channels.

The company stated that they had decided to end their affiliation with ProJared before the allegations were made public. Their statement comes at a time when YouTube and other platforms are struggling to protect young users who are vulnerable to predatory behavior.

Here is our official statement. pic.twitter.com/WwQOEsBaEq

May 9, 2019 – YouTubers Distance Themselves from ProJared

After Jared’s initial statement on his impending divorce, many YouTubers expressed their support to him. However, when allegations of him soliciting nudes surfaced, NormalBoots fans anticipated what they would say on the matter.

It was understandably difficult for many who worked with Jared and were friends of his for many years. Nonetheless, when news broke about his inappropriate behavior, other NormalBoots creators broke their silence.

Forrest Furst and Peanut Butter Gamer deleted their tweets in support of Jared after his divorce statement. After the sexual misconduct allegations came to light, the YouTubers apologized to fans and the alleged victims, as well as to Heidi. They also expressed their regret for defending Jared and were deeply hurt that their friend of so many years was accused of involvement in predatory behavior.

I was told that this morning, and I feel angry, upset, and really, really stupid. And I apologize. I am so sorry to the survivors here. And I apologize to @AtelierHeidi for jumping the gun.

I apologize to anyone hurt by my actions, and I apologize to @AtelierHeidi specifically. I hope that you accept, but I understand perfectly if you don’t.

Another YouTuber, Jirard Khalil, expressed solidarity with the potential victims and made donations towards nonprofit groups that work to protect vulnerable groups from domestic and sexual violence and mental health. Other YouTubers also took Jirard’s example and supported the alleged victims.

ProJared hasn’t been active on his channel recently. His last YouTube video was uploaded in December 2018.

On September 19, 2018, Holly Conrad and Ross O’Donovan announced they had separated. They stated that the divorce had to do with Conrad moving to Seattle. ProJared is also based in Seattle.

When the cheating allegations came to light, Ross’ fans were waiting for his response while expressing their support for him. He initially chose to stay quiet on the matter. However, the drama surrounding ProJared prompted him to break his silence.

He tweeted that he preferred not to get involved in the matter. He said he’s also moved on from Holly and would rather focus on creating animations.

Thanks for the kind words. Please understand I'd rather not get involved. I've long since moved on/have a new life, at this point it has nothing to do with me. Rather not deal with this, thanks for understanding. I just want to continue making art and helping others do the same.