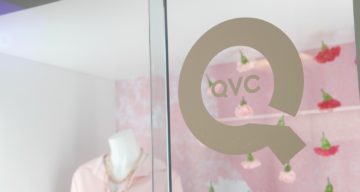 QVC’s longtime loyal fans received some bittersweet news over the weekend. Jill Bauer, the face we’ve come to associate with QVC, is leaving her TV home of 25 years in 2019. The veteran host announced she is saying farewell to the TV shopping giant on April 21. Why is Jill Bauer leaving QVC? Here’s everything to know about her departure from QVC.

We’ve gotten used to Jill Bauer’s vibrant face and lifestyle advice on QVC where she completed 25 years as a host in 2018. But Bauer has now decided that the time has come to tap out.

She announced on QVC and then on her social media that she’s leaving the network in June. We have until June 12 to make the most of our time with Bauer before she bids adieu to all her loyal fans.

Why Is Bauer Leaving?

There had been no rumors of Bauer’s departure going around, so her announcement came as a shock. Rest assured, she’s leaving on a good note and she’s not getting fired.

She’s not leaving for other job opportunities, either. In fact, Bauer has no intention of getting back to work anytime soon.

She made the decision to leave to pursue the second act of her life. Bauer, who turned 50 in 2018, is going to devote the time she will get after leaving QVC to her family and herself.

Bauer’s son, Trevor, recently entered his teenage years and her daughter, Kylie, is set to leave for college. She now hopes to spend whatever free time she has with her growing kids while she still can.

Early morning drop off at the airport to get Kylie back to @mizzou. So great having the nest filled for a week…can’t wait til this chick gets back for winter break in a few weeks! #lovemygirl #brothersandsisters #bringhomegoodgrades

In the meantime, she’s directing fans to her new Facebook and Instagram accounts. So, you can count on seeing more of her comfort food recipes and what she’s up to.

Her fans are obviously sad to say goodbye, but they are happy that she will pursue other aspects of her life and wish her well. And who knows, maybe we’ll see her on TV again.