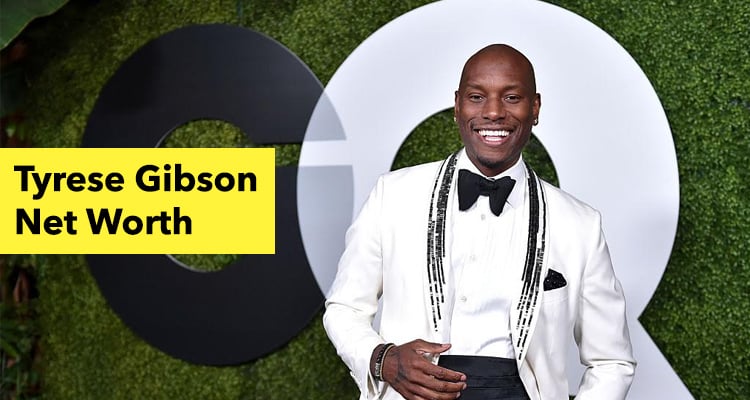 Tyrese Gibson is leading a pretty good life! He’s one of the stars of a blockbuster movie franchise and he has a new wife. How does Tyrese Gibson do in the financial department? He has a net worth of $25.0 million, and we’ve got the details on how he’s accumulated such a vast fortune!

Fast and Furious star, Tyrese Gibson is now a married man! His bride has been revealed to be Samantha Lee, who has multiple degrees, fights for social causes and has money of her own. How does the actor and singer’s wealth compare to his new wife’s? He has a net worth of $25.0 million, so it’s safe to assume the couple will live comfortably! Here’s a breakdown of Tyrese Gibson’s net worth.

How Rich is Tyrese Gibson?

Back in 2015, sometime before Gibson met Lee, he was on a date with another woman on Valentine’s Day. While on the date his phone died, so he asked the girl if he could borrow hers to Google something. She obliged and when he looked at her phone, he realized she had been looking up his net worth (which happens to be $25.0 million). Gibson shared this incident on Instagram in a post that has since been deleted.

Gibson is a man of many talents. He’s a singer, songwriter, actor, author, producer, former model, and MTV VJ. But his claim to fame came with Fast and Furious, the franchise that earned billions at the box office. If we compared Gibson’s wealth to his Fast and Furious costars, it’s a lot less than lead actor, Vin Diesel and reigning Forbes highest earning actor, Dwayne Johnson. At the time of his death, Paul Walker’s net worth was $25.0 million. The below table compares Tyrese Gibson’s net worth to that of his Fast and Furious costars.

How Much Does Tyrese Gibson Make a Year?

With the release of the eighth installment, Fate of the Furious out this year, it’s expected he’ll earn more than $3 million in 2017. He’s also returning to the Transformers franchise once again, when Transformers: The Last Knight releases later this year. These two mega box office franchises are two of the most anticipated movies of 2017 and are sure to be commercial successes. With these movies, Gibson’s net worth is sure to increase further in 2017.

The following table illustrates how Gibson’s annual income and net worth has increased gradually over the years.

How Did Tyrese Earn His Wealth?

Gibson and his three siblings were born and raised in Los Angeles by their mother, Priscilla Murray Gibson after her husband, Tyrone Gibson left. The 38-year-old started out in the entertainment industry as a musician when his high school music teacher encouraged him to audition for a Coca-Cola commercial. He sang the phrase “Always Coca-Cola” in the 1994 commercial and in 1998 found himself a record deal with RCA Records.

While music career was slowly picking up, Gibson made his feature film debut with John Singleton’s coming-of-age drama, Baby Boy, alongside Taraji P. Henson. His role as Joseph “Jody’ Summers was meant to be played by Tupac Shakur. But after Tupac’s death, it went to Gibson and jumpstarted his acting career.

From there, Gibson went on to star in two of the highest-grossing movie franchises to date: Fast and Furious and Transformers. He also worked in other films like Death Race and Four Brothers, contributing a major chunk of Gibson’s income from those roles. Music and endorsements amount for the rest of his earnings.

A Pretty Penny from Blockbuster Hits

When Furious 7 hit theaters, Go Banking Rates listed how much each actor earned in the movies. Since Walker and Diesel played the central protagonists, they had the highest paychecks. Walker went from getting $1.0 million in the first Furious movie, to $15.0 million for his last one. Diesel was not in the second film, as it conflicted with filming for xXx. He did, however, make a tiny cameo in Tokyo Drift. After returning for the fourth and subsequent installments, Diesel earned $15.0 million as an actor and producer. While Dwayne Johnson took home $32.0 million after joining the Furious cast, Michelle Rodriguez only earned $5.0 million.

Gibson has been a staple in the franchise, even though he doesn’t necessarily have a major role. His first Furious film earned him a paycheck of $750,000, but he made between $3.0 million and $5.0 million in the later films.

The R&B singer also portrayed Sergeant Robert Epps in the first three Transformer movies. He will return with Josh Duhamel for the 2017 installment, Transformers: The Last Knight. Here’s how much Gibson made in his movies.

Gibson’s Earnings from Music and Endorsements

Tyrese Gibson broke into the entertainment world through his Coca-Cola commercial. Because of that, he got offers from brands like Guess and Tommy Hilfiger. Following his record deal with RCA, he released his debut single, “Nobody Else,” which peaked at #36 on Billboard Hot 100. He also became a host on MTV Jams after releasing his debut album, Tyrese. The album’s single, “Sweet Lady” got him his first Grammy nomination.

His second album, 2000 Watts was certified gold, but his fourth album, I Wanna Go There was his lowest selling album to date. Gibson released his final studio album, Black Rose in 2015 and it debuted at No. 1 on Billboard 200, making it the first in his career. It’s not known how much Gibson earned through his music, but he reportedly earns around $650,000 from endorsements.

How Does Tyrese Gibson Spend His Money?

Gibson spends a significant amount on luxuries. He once posted a video on YouTube giving a tour of his luxurious mansion in Woodland Hills, California. The villa —worth $1.4 million— boasts of a basketball court, swimming pool, and Jacuzzi. In his video, Gibson shows that his backyard has a fully functioning Benihana. He calls his private Japanese-style backyard restaurant, “Gibsihana.”

Tyrese Gibson doesn’t just live in style, he drives in style too! And since he’s part of a franchise known for some of the hottest wheels, he boasts a swanky car collection himself. Gibson shared a picture on his Instagram with a message to his “Future Wife,” showing his fleet of all-white cars. In in, there’s a Jeep Wrangler worth $37,000, a white Maserati Gran Turismo with a price tag of $150,000, a 2010 Bentley Continental, a Ford Excursion, and a Range Rover. He also gifted Vin Diesel with a $28,000 custom Mercedes-Benz Sprinter Van on his birthday.

All white fleet with beige guts…………. I was just asked today what qualities attract me at this point in a women…. I love a woman that's smart, confident, educated, self sufficient, (( available to be as spontaneous as this lifestyle I live.) Way back when I use to be attracted to women with HUGE personalities LOUD and AGGRESSIVE and those "type" of relationships would always hit a wall…. Now I'm in a zone where I am ONLY attracted to women who's voice is soft and energy is pleasant she has the energy and presence of grace and regal sophistication….. Not subservient REGAL!!! As sexy as my small collection is I never leave home I'm too grown for clubs and turn up every night….. Although I make moves sometimes…. I'm on my #GrownManShit heavy……. I can't wait to get home…….. I don't remember the last time I lost sleep over a hater….. This is a life and lifestyle that I've earned… I use to feel bad about being so blessed and allowed people to play me, use me, take advantage of me… Play on my emotions to get shit out of me cause I had more….. That ATM is shut all the way down…… I'm 3,500 flights, a lot of sleepless nights, a lot of stages and political warfare into this life and lifestyle if you want it get off your ass and GO GET IT!!!!!!! Message to my future wife…… Hello!

A share of Tyrese Gibson’s income goes to raising his daughter, eight-year-old Shayla Gibson with his ex-wife, Norma Mitchell. The couple divorced in 2009 and were initially at odds with each other. But they have since reconciled and have an amicable relationship, now raising Shayla together. Gibson reportedly didn’t pay any spousal support and it’s not known how much he pays for child support now.

#TheGibsons #MyNewHeartbeat #ShesBoss TMZ actually got it right! This time! Tyrese found his own Amal Clooney because his mysterious new wife has plenty of degrees and money of her own … TMZ has learned. A source close to the couple tells us the missus' name is Samantha Lee — a New Jersey native who got a Master's degree in social work at the University of Georgia. We're told she's put her education to work on serious issues — for many years she's been fighting sex and human trafficking and counseling for inmates. She's also handled cases for the Division of Family and Children Services in GA. She's accomplished and well-paid — we're told Samantha lives comfortably on her own six figure salary – Sources close to the couple — who secretly tied the knot on Valentine's Day — Pre-marital counseling and married by Pastor Creflo Dollar in Atlanta say they met briefly 2 years ago through mutual friends…. Tyrese referred to his new bride Samantha Lee GIbson as his "black queen." Not that it matters, but her heritage is African-American- Ecuadorian, Jamaican… So, a simple "Congratulations" will do……. Sometimes is life you will get exactly what you pray for…..