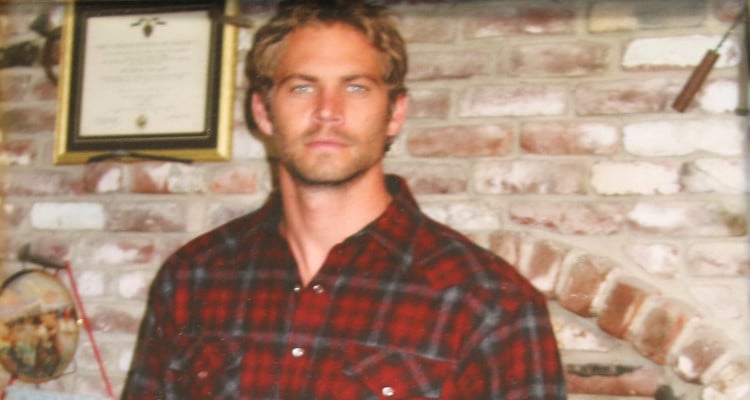 Paul Walker’s birthday falls on September 12, so in order to honor the late Fast & Furious star, we thought we’d focus on his family today. Paul Walker was an American actor, famous for his roles as a young heartthrob. Though he had a hand in many films in his short career, he is most famous for his role in the The Fast and the Furious franchise. Many are unaware of this fact, but after his tragic death, Paul Walker’s brother filled in for him on the set of Furious 7, as he passed before shooting wrapped. Thanks to technology, CGI and the fact that he looked very much like his brother, many people were none the wiser! Though Walker had completed most of his scenes for the movie, some scenes were yet to be shot and so his brother (who has an uncanny resemblance to Walker) took on the role for those few scenes. Walker is survived by his parents, brothers, sisters and his daughter. Paul Walker’s daughter’s name is Meadow Rain Walker.

Walker was born in Glendale, California. Paul Walker’s parents were achievers in their own right. His mother Cheryl was a fashion model, while his father, Paul Walker III was a sewer contractor and a fighter, who won two Golden Glove championships. Walker was the oldest of five siblings. Walker’s family consists of his parents, his two brothers Cody and Caleb, his two sisters Ashlie and Amie, and his daughter, Meadow Rain Walker. Meadow Rain’s mother is Rebecca Soteros, a one time girlfriend of Walker.

Walker was raised in the Sunland community of Los Angeles and went to school in the San Fernando Valley. Walker graduated from the Sun Valley’s Village Christian School in 1991. After completing high school, Walker studied in several community colleges in Southern California, before finally graduating from his studies in marine biology. After graduation, Walker gravitated towards acting. He started his career by acting in TV series like Highway to Heaven, Who’s the Boss?, The Young and the Restless and Touched by an Angel.

Walker’s film career began in 1986 with roles in small budget films like Monster in the Closet and The Retaliator. After doing such forgettable films, Walker gained a little fame with his role in the movie, Meet the Deedles. Walker eventually began to get noticed in Hollywood and landed some better roles in a more popular batch of films like Pleasantville, Varsity Blues and She’s all That.

2001 brought Paul Walker the role that would make him a star and one of the most sought after young actors in Hollywood. He starred in The Fast and The Furious, the first film in the super successful franchise. This made Walker a bankable star and after this, he appeared in all the subsequent six installments that would follow. However, Walker wasn’t famous for just the Furious franchise films. He acted in other box office hits as well, such as Joy Ride, Into the Blue, Timeline and Flags of our Fathers. Walker proved his acting chops and his box-office pulling power in these films.

Walker also starred in movies such as Running Scared, Eight Below and The Lazarus Project. Then came the terrible day when the tragedy struck, and the world lost this beautiful man. Walker was involved in a single vehicle collision on November 30, 2013, after leaving a charity event he was hosting for victims of Typhoon Haiyan. Upon leaving the event, he got into his friend Roger Rodas’ red 2005 Porsche Carrera GT. The two sped off down the street and hit a concrete pole going approximately 45 miles per hour (72 km/h), at which point the vehicle burst into flames and both Walker and Rodas were killed. Hollywood had lost one of its brightest stars in this tragic accident, and all of his family, friends and fans still feel the pang of his loss today. After Walker’s fatal accident, three of Walker’s films were released posthumously, namely Hours, Brick Mansions and Furious 7.

Walker was more than just an actor. He was heavily involved in charity work, as well. He founded the charity Reach Out Worldwide [ROWW], which provided relief efforts to areas hit by natural disasters. Walker’s death was a shock and a sad event for his family, as well as his fans and all of Hollywood. Walker had so much potential that was yet to be tapped. He died on November 30, 2013 at the young age of 40. Some believe it was quite ironic that the actor who knew well the dangers of fast driving would fall victim to it. Either way, we reflect on the amazing actor, father, and man that he was, simply taken too soon.