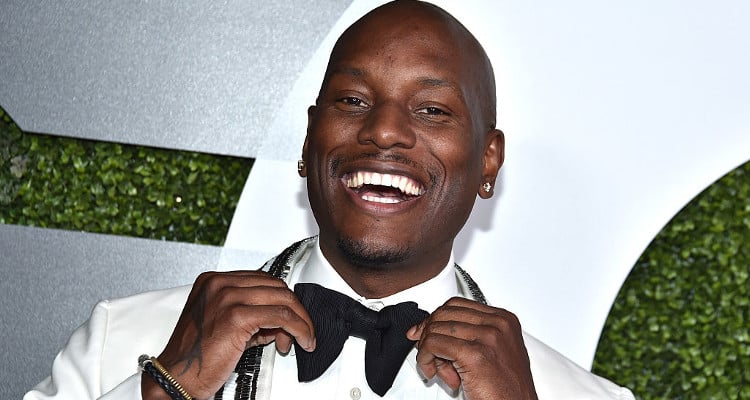 attends the GQ 20th Anniversary Men Of The Year Party at Chateau Marmont on December 3, 2015 in Los Angeles, California.

Ladies, prepare yourselves! Tyrese Gibson is off the market. The actor/ rapper tied the knot in a secret Valentine’s Day wedding ceremony —and he’s only telling us now! Find out about Gibson’s new lady love right here.

Fast and Furious star, Tyrese Gibson secretly tied the knot on February 14. The actor revealed his new marital status on his Instagram account by posting the sweetest tribute to his bride. Husbands, take note! The video montage shows pictures of Gibson and his wife at their lavish wedding ceremony. We’re sure you’re wondering who Tyrese Gibson’s new wife is. Here’s everything there is to know about the new Mrs. Gibson.

#1. Gibson was Quick to Tie the Knot!

Apparently, the actor doesn’t just race in movies, he’s super fast in real life too! Tyrese Gibson’s girlfriend was first spotted with the Fast and Furious star in December 2016 at a charity event in Atlanta. It’s not known when they met and began dating, but that was their first public appearance. Gibson’s fans were dying to know about this mystery woman whose name hasn’t yet been revealed. The only thing we know is that they made their public debut in December and tied the knot on February 14, 2017.

Gibson was married to Norma Mitchell for two years and went through a very messy divorce in 2009. However, after years of being at odds with each other, the couple made up and are raising their eight-year-old daughter, Shayla Gibson.

You're looking at an answered prayer…..::: calm your minds people…….. The craziest thing is I pulled up on my ex and randomly she was wearing the EXACT COLORS today!!!!!!!! Aha!! We prayed and made peace on behalf of our daughter…… Seeing the joy that has came over our daughters life and energy brings me to tears every time………. She's so much more focused in school and her overall energy is just amazing because she doesn't feel torn between 2 parents….. I have to remind all of you…. Of the power and presence of God…. After praying and praying and praying God showed UP and showed OUT…… We will never be again…. But we will always be a family…… From the Gibson's to you and yours…… Gn!!! #Amen

#2. They Had a Lavish Wedding

The video montage on Tyrese Gibson’s Instagram has pictures of the special day —and it looks like Gibson pulled out all stops to throw his wife an extravagant wedding! The venue was decorated in gold with floral displays. The 38-year-old wore a black and white tux, while his wife wore a pink halter gown with an intricate diamond headpiece. They even showed off some eye-popping wedding bling; two rings uniquely designed and encrusted with a lot of diamonds!

#3. He Apparently Wrote a Message to His Wife

Last year, Gibson wrote a lengthy Instagram post to his “Future Wife.” Captioned with a picture of his all-white automobile fleet, he mentioned in the post, “Now I’m in a zone where I am ONLY attracted to women who’s voice is soft and energy is pleasant she has the energy and presence of grace and regal sophistication.” Judging by the smiles in their wedding montage, it looks like he found his love and is happier than ever.

All white fleet with beige guts…………. I was just asked today what qualities attract me at this point in a women…. I love a woman that's smart, confident, educated, self sufficient, (( available to be as spontaneous as this lifestyle I live.) Way back when I use to be attracted to women with HUGE personalities LOUD and AGGRESSIVE and those "type" of relationships would always hit a wall…. Now I'm in a zone where I am ONLY attracted to women who's voice is soft and energy is pleasant she has the energy and presence of grace and regal sophistication….. Not subservient REGAL!!! As sexy as my small collection is I never leave home I'm too grown for clubs and turn up every night….. Although I make moves sometimes…. I'm on my #GrownManShit heavy……. I can't wait to get home…….. I don't remember the last time I lost sleep over a hater….. This is a life and lifestyle that I've earned… I use to feel bad about being so blessed and allowed people to play me, use me, take advantage of me… Play on my emotions to get shit out of me cause I had more….. That ATM is shut all the way down…… I'm 3,500 flights, a lot of sleepless nights, a lot of stages and political warfare into this life and lifestyle if you want it get off your ass and GO GET IT!!!!!!! Message to my future wife…… Hello!

Congratulations to Tyrese Gibson and his lovely bride! We hope to find out more about Mrs Gibson soon!