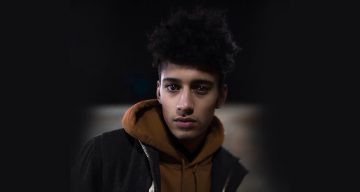 Tyler Cole is just 20 years old but already has two albums and a clutch of songs under his belt. He also performs with his own band named Mourning Knights and has plans of cutting an album with them, too. Cole is reportedly Willow Smith’s boyfriend, and the two have been spotted together several times over the past year. Cole is a talented singer as well as a filmmaker, who hopes to win an Oscar award someday.

It looks like there is a new guy in Willow Smith’s life and according to reports, it’s the young pop singer Tyler Cole. Willow Smith is the daughter of Hollywood actor Will Smith and Jada Pinkett Smith and a talented pop singer in her own right. Both Tyler Cole and Willow Smith have been spotted together recently giving rise to speculation that Cole is officially Willow Smith’s boyfriend.

Cole is a pop and R&B singer, and filmmaker, who is most known for his album We’re in Love & the World is Ending. Tyler Cole’s music is catchy, artistic, and has a sound like no other, which is why he is rapidly gaining popularity. Here are a few details from Tyler Cole’s wiki.

Cole Sees Himself as a Creator of Art

Born on July 7, 1998, in the United States, Tyler Cole’s age is 20. Cole likes to think of himself as an artist and creator who creates art in the forms of music, film, and any other medium he sees fit. He says that he is currently focused on gaining a balance between his output in music and film. 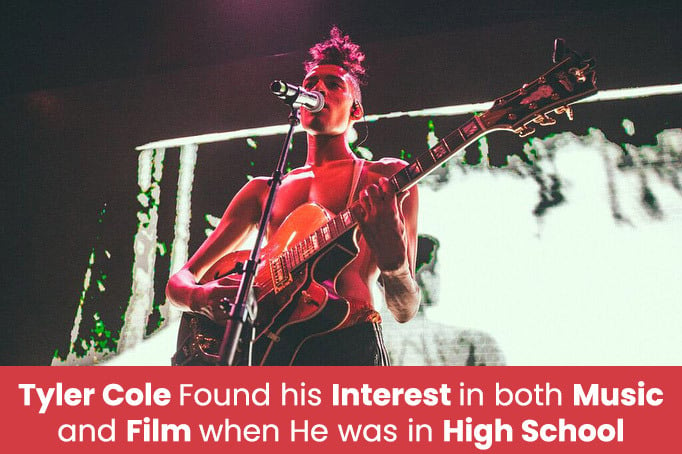 Cole became interested in both music and film when he was in high school, and was influenced by the shifting trends in both mediums. He was inspired by breakthrough artists such as Childish Gambino, Justin Vernon, Frank Ocean, and Kendrick Lamar, to focus on his work and stand behind it, even if it was a little strange sometimes.

His music and videos are certainly original and artsy, and his sound is something all his own.

He Formed His Own Band, Mourning Knights 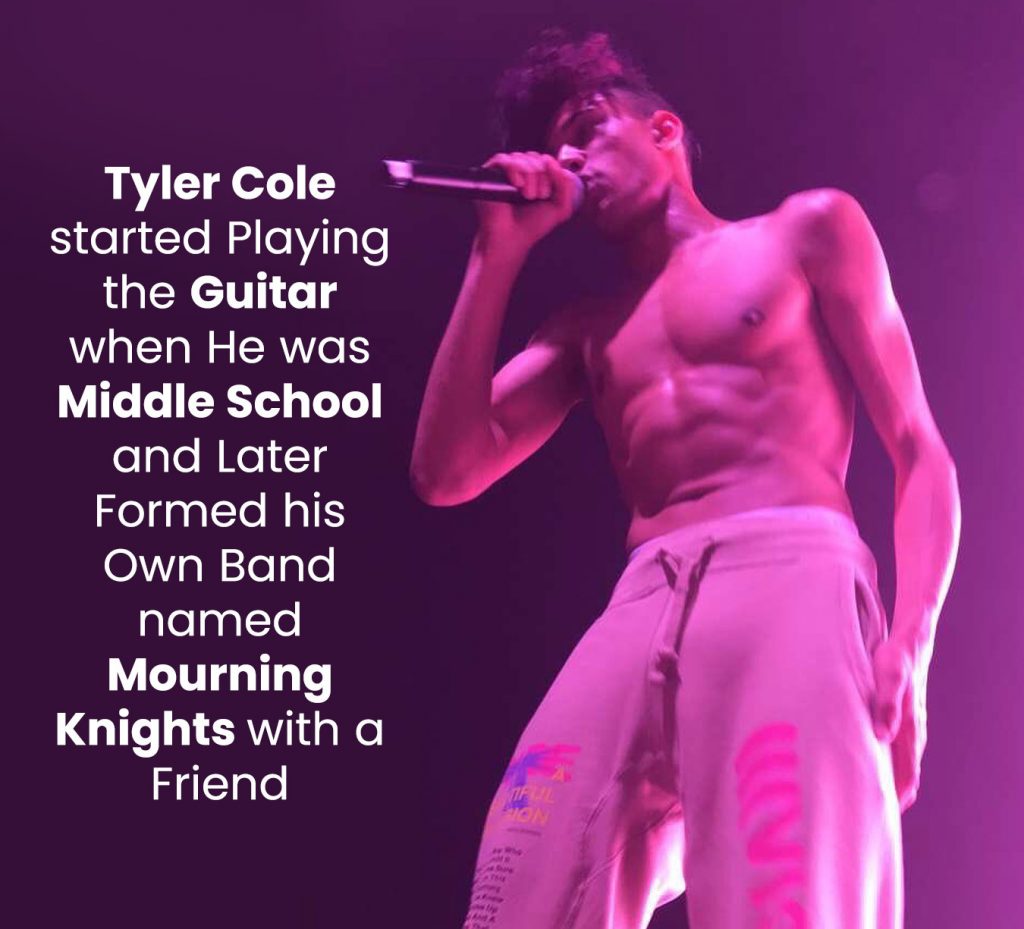 Cole got into the film department of his high school and started making films of his own. But it was in middle school where he started playing the guitar and later formed his own band named Mourning Knights with a friend. He soon got the opportunity to perform shows in Los Angeles, California, and was noticed by listeners and industry representatives.

In 2006, Cole released his debut album Stranger, followed by his sophomore effort titled We’re in Love & the World is Ending.

He also began a collaboration with Willow Smith and she co-produced his single “Afraid.” In 2017, he released a single named after the legendary actor Sidney Poitier. He also collaborated with Smith on a song called “Fools” by the artist Jabs.

Most recently, Cole’s latest single has grabbed plenty of attention and is called “Love at First Fight.” The accompanying music video of the single features his good friend Jaden Smith, and both of them got to show off their acting chops in it.

His Dream is to Win an Oscar Within Five Years

Even though Cole is pretty young (just 20), he already has big ambitions. He says that he wants to win an Oscar by the time he is 25 years old. He says that he doesn’t care all that much about winning a Grammy, but he sure would like to have the coveted Oscar statue in his living room!

Cole Has a Complicated Relationship with His Absentee Father

He may well get it, seeing the way people have appreciated Cole’s feature film titled The Father Complex. The film captures Cole’s quest to learn about his biological father and his attempts to meet him. Cole admits that he had always dreaded Father’s Day over the years because he could not be with his biological dad.

He was curious to know about his biological father and one day he took the matter into his own hands and started the process. Making the film, The Father Complex was Cole’s way of coping with the trauma he faced at not having a father around at a young age.

It was a big shock to him when he learned that his father had been in prison for a really long time.

What saved Cole was his passion for music, and today he freely admits that it saved his life and gave him direction. His favorite artists include Prince, Blood Orange, Michael Jackson, Pink Floyd, The Beatles, and Outkast.

Fans who want to check out some cool pictures of Cole should head over to his Instagram account. It is full of pics of Cole performing on stage, solo snaps, stills from his music videos, and yes, a few snaps of Willow Smith, as well. And though the two never look too romantic together, fans are already shipping these two hard!

According to sources, Tyler Cole has been Willow Smith’s boyfriend for over a year now, and the two seem like best friends before anything else! That’s the foundation for a good relationship, right there.

Right now Cole is busy promoting his album and playing show for his growing audiences. With a pretty girlfriend by his side, a passion for music, and a strong work ethic, Tyler Cole looks all set to take the music industry by storm with his artistry and soul. Despite his album’s name, for Cole, the world is just beginning!