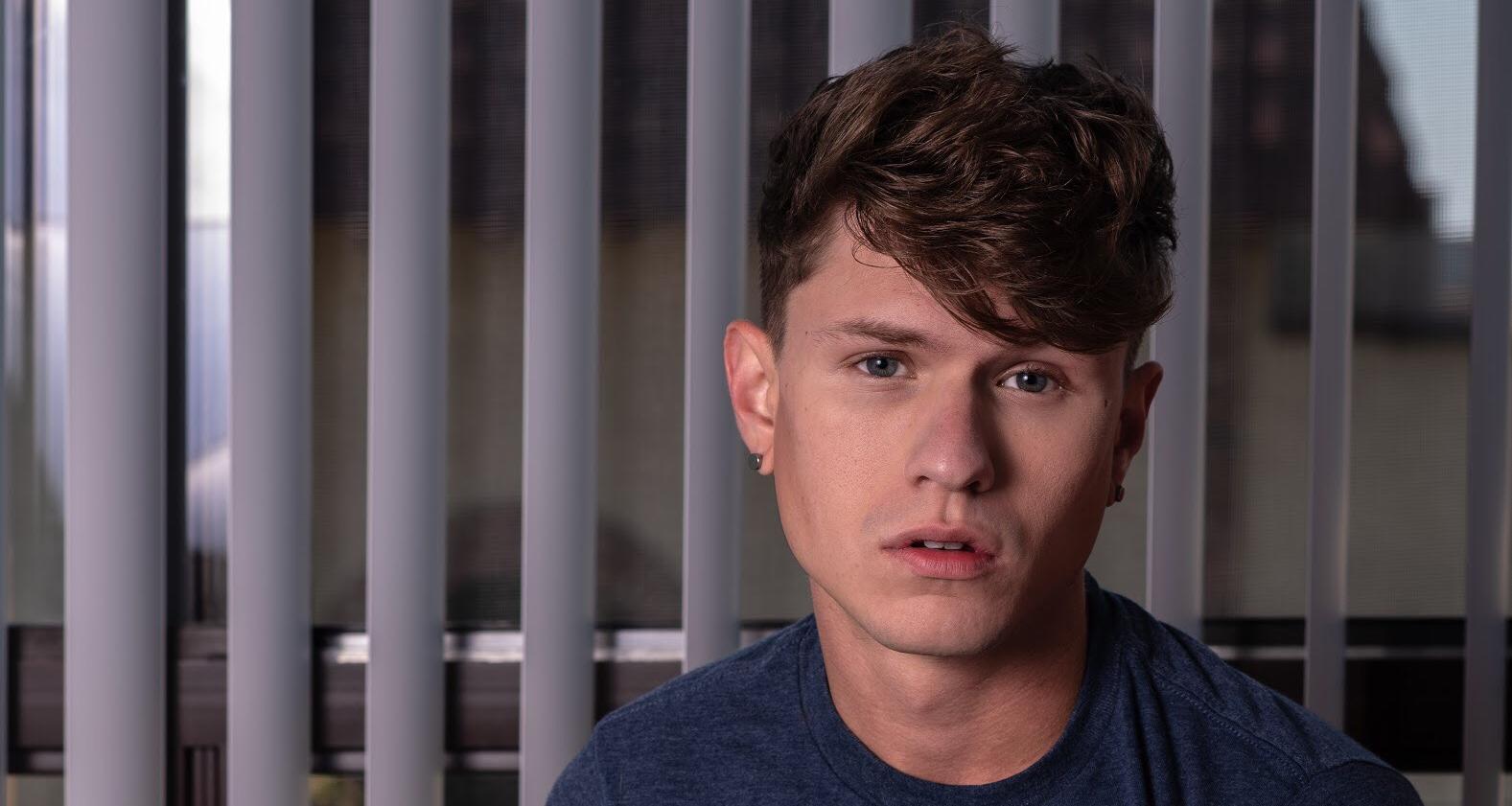 Joey Suarez developed a passion for music and dance at an early age, and there was never any doubt in his mind that he would be a performer when he grew up. Today, he is living in the Big Apple and is a singer, dancer, actor, model, and musician. He is gay and a vocal supporter of the LGBTQ community. He has survived sexual abuse and ridicule to become the young and talented artist he is today.

Joey Suarez is a man of many talents. He is an actor, vocalist, pianist, model, dancer, and is turning heads as an incredible musician. Not only that, he’s become one of the greatest young voices of the gay community.

That’s right! Suarez is just 24 years old and already pushing the envelope in every way he can.

Suarez’s ethnicity is Hispanic, and today, he is a much-in-demand artist who creates waves wherever he goes. He currently stays in New York City and is totally connected to the artistic hub of the city. So, why are so many people suddenly taking a keen interest in Joey Suarez?

Here are a few details from Joey Suarez’s wiki.

Born on December 24, 1993, in Miami, Florida, Suarez was raised in Texas before he made the move to New York City to pursue his career. He comes from a large family and is the seventh child of 12 children born to his parents.

Suarez was inspired by art from a young age and grew up wanting to be artistic himself. He endured some very dark times in his youth and used his piano as an outlet for his pain. He always knew his music would save him.

Along with his brothers and sisters, Suarez was introduced to music via the dance classes organized by his mother. His mother and grandparents were international dancers from Argentina.

He grew up listening to house and trance and loved bass and using fog. Later, Suarez would emphasize on visuals, props, LEDs, and dance moves in his own performances as an adult.

Suarez found that he was interested in different aspects of art and he put himself to work in hopes of becoming a prodigy. And boy, was he determined!

He started modeling when he was 18 years old, became a music director at the age of 19 for the Mosaic Theater Company, and a professional music composer at 20 years of age. 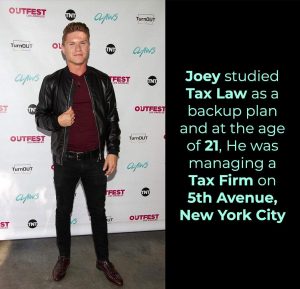 He Is a Multi-Faceted Talent

With all his interest in the arts, you’ve got to wonder why he’s been called a “tax man.” While pursuing his passion for the arts, Suarez was also very good with numbers and decided to study tax law as a backup plan. At the age of 21, he was managing a tax firm on 5th Avenue, New York City.

And there is certainly nothing wrong with having a backup plan. In fact, most 21-year-olds often don’t even consider it! But Suarez learned that having one is important.

“I feel what I’ve truly learned working full-time or multiple jobs was that it’s always going to take something else to financially support multiple hobbies,” he explained. “Not because art doesn’t make you a lot of money in the beginning, but because art doesn’t require money to survive.”

But his talent in the arts and music was evident, and it really was his true calling (even with tax law in his back pocket). He saw real success when he had a hand in theatre and stage production.

Speaking of the arts, Suarez’s talents don’t end on the stage. He’s also a whiz with an actual paintbrush and is uber-talented in creating exceptional artwork.

Other projects that Suarez has worked on are artistically directing and body painting models and developing the concept for an exhibition at the Piney Point Artist Gallery. He was the model for a center spread in GAZE magazine for the brand, Addicted.

A Hot Favorite with Photographers

Even his own body is a piece of art! Suarez has worked as a model and shot with several famous photographers like Rick Allen, Rick Day, Sean Watters, Ev Dylan, and Frank Louis.

He has worked as a model in Texas, California, Miami, and New York City and has been published internationally in four continents, all within three years. That’s a big achievement for any model, especially Suarez who had no contacts in the field when he started out.

Some of the brands that Suarez has shot for include Sony, DreamWorks, Marvel, Horni Underwear, The Next Gay Thing, and Tani USA.

Suarez considers photographer Ev Dylan as his mentor. And Dylan has been the MUSE photographer throughout Suarez’s career.

When asked what he feels about his image, Suarez replied, “Currently I feel my fans view me as a sex object which I take complete blame for seeing as many of my more famous pictures stem from artistic nudity. I am inspired by Art, not sex.” 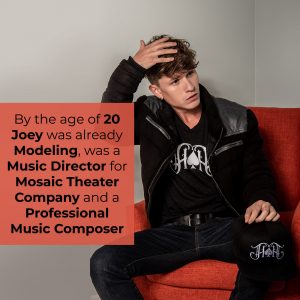 Suarez Struggled Hard for an Identity

Suarez is open about his sexuality and does not hesitate to accept that he is gay. In fact, he came out to his family at the age of 14.

He is deeply involved in LGBTQ culture and has performed at several Pride festivals including New York City, Orlando, and his hometown San Antonio.

His EP, Candy Kid, was a big success with songs like “Party Monster” and “Dancing with Myself.” They tell the story of a positive-minded young musician searching for an identity right in the midst of late-night hedonism.

Suarez Has Spoken against Sexual Violence

Suarez is one of the many gay artists who has bravely taken a stand against sexual violence. Defeating it has become a particular passion for him, especially due to his history of sexual abuse at the hand of his own grandfather.

He revealed, “As a boy who survived six years of sexual violence at a young age, and close encounters in my adult life, I know I am not alone in my struggles. I want my story (through music) to break the silence of abuse and echo in the hearts of those who need it because it’s not the abuse that hurts children, it’s their silence.”

In a YouTube video, Suarez tells his story of the abuse he endured for years, and how he overcame his trauma.

He says, “Music is responsible for saving my life.”

Check it out below.

Creating His Own Musical Style

Even though Suarez is proficient in several fields, he has a special love for music and loves being a pop singer. The funny thing is, even though he had been composing music from an early age, he only began to explore pop music when he was 21 years old.

He began listening to the music of artists like Miley Cyrus, Linkin Park, and Daft Punk, and worked hard at coming up with his own unique style of music.

“Love Me Back” and “High in the Sky,” Joey Suarez’s first two singles, have generated more than 135,000 streams collectively on Spotify.

Suarez described his way of making music and songwriting and said, “It’s nothing short of self-mutilation and torture to one’s emotions. I usually start with the beat, and shy away from words as I am not a very confident lyricist.”

He Is a Proud Member of the LGBTQ Community

Suarez is a very vocal supporter of the LGBTQ community living their lives with dignity and has performed at several LGBTQ festivals, including the New York City Pride.

Suarez spoke out on the whole issue and said, “As a member of the LGBTQ community, I find it important to stand up and speak out loud about what it means to be proud. I do this through my music. PRIDE has given life to my career by supporting and introducing me to a community that gives me confidence in who I am.”

Too Sexy for His Shirt

People who want to check out some sexy images of Suarez should head over to his Instagram account—there are many to gawk at!

Joey Suarez’s Instagram account is full of pictures of him showcasing his music and arts, or just lounging around looking hot as hell.

Suarez expresses himself and communicates to both his male and female fans in a very sexual and physical way through his photos. And his fans certainly aren’t complaining!

Suarez Took Control of His Life

Even though Suarez has been working for a while, he is just 25 years old now and has his entire life ahead of him. He intends to live life to the fullest and continue to be vocal about being gay and a contributing member of the LGBTQ community.

After having survived sexual abuse and scorn for being gay, this talented young man has come a long way and has taken charge of his life. And we have no doubt, as he’s only getting started.

So, don’t be shocked if you hear more about Joey Suarez, who has been diligently carving out a niche for himself in the crowded world of art.