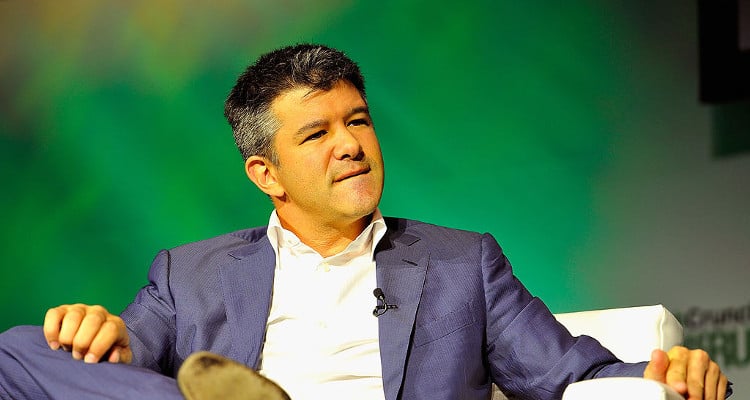 Uber CEO Travis Kalanick resigned from his position of the ridesharing app on Tuesday. As founder and CEO of the $68.0 billion enterprise, he has earned a net worth of $6.3 billion.

After half a year of scandals and stumbles, Travis Kalanick has resigned as CEO of Uber. He stepped down facing pressure from Uber’s biggest investors. His resignation comes a few months after the latest scandal of gender discrimination and sexual harassment allegations at the workplace hit the company. At the moment, his net worth is estimated at a whopping $6.3 billion. Will it decline or increase now that he has retired? Find out in Travis Kalanick’s net worth right here.

How Much is the CEO of Uber Worth?

Forbes has ranked Travis Kalanick #247 among the world’s billionaires with a net worth of $6.3 billion. At the time of writing, real time estimates show that his net worth hasn’t been impacted by Uber’s scandals or his resignation.

Kalanick made Uber a $68.0 billion force having raised a massive $5.5 million in Saudi Arabia. When the company was just founded, investors weren’t knocking on the door and they struggled to raise $1.25 million in 2010. Though he resigned, he will continue to be on Uber’s board of directors. It’s not disclosed if he will get a salary as a board member.

The following table illustrates Kalanick’s net worth over the years.

Where is Travis Kalanick From?

Kalanick was born in LA and raised in Northridge, California. His mother, Bonnie Kalanick, worked in retail advertising and his father, Donald Kalanick, was a civil engineer. He studied computer engineering at UCLA after graduating high school.

He dropped out of university with two of his friends and founded Scour —a peer to peer file exchange service. The entertainment industry wasn’t happy and sued Scour for copyright infringement to the tune of $250.0 billion. The company filed for bankruptcy to protect itself from the lawsuit and Scour went up in smoke.

He rebounded with what he called a “revenge business” that was Red Swoosh, another file sharing company similar to Swoosh. “The idea was to take those 33 litigants that sued me and turn them into customers, so now those dudes who were suing me are paying me,” he said at FailCon. Tech giant, Akami acquired Red Swoosh for $15.0 million.

His third business, Uber, started in 2009 with the help of StumbleUpon founder Garrett Camp. The app that connected passengers with drivers and ride-sharing services made him a multi-billionaire. Kalanick’s parents were Uber’s first customers. And now, in 2017, Uber is the dominant vehicle for hire service operating in more than 400 cities around the world.

After dropping out of university, he lived on unemployment while working on Scour which was angel-funded by one of the co-founder’s friends and family. When Kalanick started Red Swoosh, he was struggling financially. He once spoke about living three years without a salary and moving into his parents’ house. And the saddest part for him was he had no luck with the ladies.

Now that he has made some mega-bucks, his struggles are a thing of the past. He spent his first millions by selling Red Swoosh and traveling to countries like Spain, Japan, Greece, Iceland, Greenland, Hawaii (twice), France (twice), Australia, Portugal, Cape Verde, and Senegal.

According to him, he now has no problem attracting the ladies and has been seen with different women on his arm. His new-found success with women led him to make an unsavory wisecrack about having “women on demand.”

With the CEO not setting a good example, Uber has been hit with allegations of a machismo-fueled workplace where the female employees have been mistreated. Uber’s investors have been the biggest critics of Travis Kalanick. They pushed for improvements in management and work environment in the company. But they could no longer tolerate his actions and they pressured him to step down from his position as CEO.