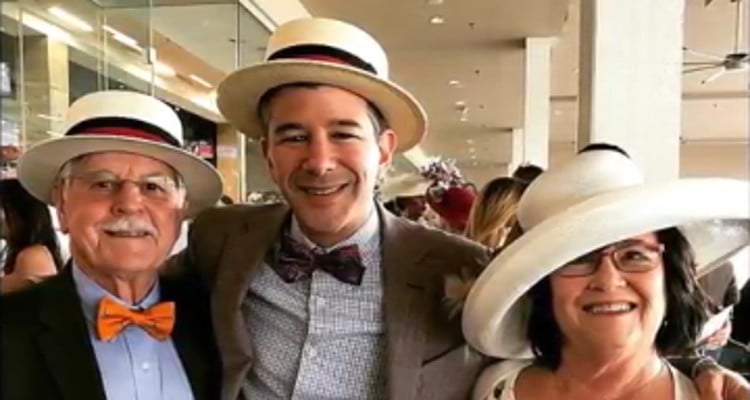 CEO of Uber, Travis Kalanick resigned from his position from the ride-hailing app after investors demanded his immediate resignation. However, Kalanick will stay on the company’s board of directors and still controls a majority of voting shares. The difficult times the entrepreneur is facing comes nearly a month after the death of his mother. Travis Kalanick’s mother was killed in a boating accident that occurred on May 26, 2017. Here are some facts to know about Bonnie Horowitz.

Former Uber CEO, Travis Kalanick got his work ethic from his parents. His father, Donald Edward Kalanick, was an engineer who also worked for the government. His mother, Bonnie Horowitz Kalanick worked in newspaper advertising sales at the Los Angeles Daily News before working for the Ventura County Star in 2011.

According to her Facebook page, Bonnie Kalanick attended Hamilton High School in Mississippi and graduated in 1963.  She was born in Los Angeles, California, and lived nearby in Northridge until her death this past May.

Kalanick was a constant support of her son. Having faced tough times at work herself, she knew what it felt like when starting out, and did her best to help Travis Kalanick as he struggled to become successful as an entrepreneur. “Working for a newspaper, I was used to sales rejection all the time, so I knew what that was like,” Bonnie Kalanick said in an interview.

Bonnie Horowitz was known to be a kind soul that delighted everyone around her with her infectious smile and funny jokes. After her death, her son paid homage to his mother in a Facebook post saying, “She wore her heart on her sleeves – yes, both of them – and when she walked into a room, her warmth, her smile and her joy would instantly fill it. They were infectious.”

In an interview with Vanity Fair, Travis Kalanick’s mom spoke about her son’s early days as an entrepreneur, and could not sound more proud of him as she spoke. She said that her son has relentless focus and a tenacious attitude which she believes he got from her.

“He used to give some of his teachers nervous breakdowns,” she told the magazine in a segment of the article that did not make the cut, about her son’s ability to stick with an argument he believed in.

Travis Kalanick’s mother also revealed that, back in 2003 when Travis moved back in with them, she was glad as well as concerned to see him struggling with his company, Red Swoosh.

“I was conflicted because I was happy he was home,” Bonnie Kalanick said. “He wore out a path walking in a circle of our kitchen and living room, always on the phone trying to make that company work.”

In May 2017, Bonnie Horowitz Kalanick died in a tragic boating accident. She was killed when a boat that was carrying her and her husband hit a rock and sank in Pine Flat Lake. Travis Kalanick shared the details of the accident on Facebook. He said that his parents were trading driving duties when the family dog got in the way and they lost balance on the wheel, turning sharply to the right. Donald Kalanick survived the accident but was severely injured. Bonnie Horowitz was 71 years old at the time of her death.