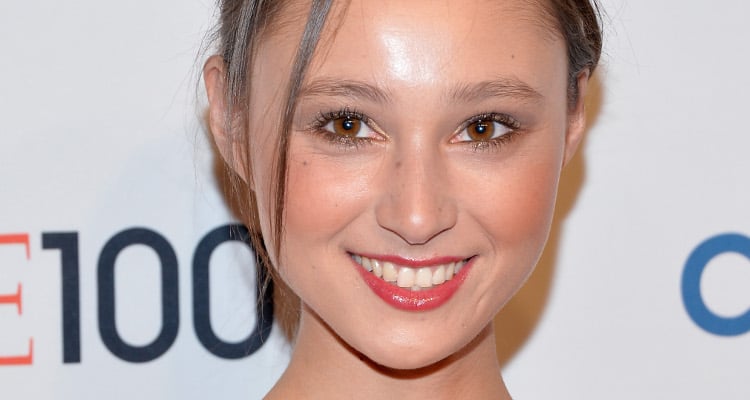 Uber founder and CEO Travis Kalanick is in the limelight for all the wrong reasons. The 40-year-old businessman announced that he is resigning because of problems in his personal life. Recently, his ex-partner spoke about Uber’s sexist culture. Who  isTravis Kalanick’s ex-partner? Keep reading for details about Gabi Holzwarth.

The founder and CEO of Uber has resigned from his position just as the company is in the midst of a sexual harassment scandal. According to sources, a shareholder revolt has made it impossible for Travis Kalanick to stay in the company. Five of Uber’s top investors demanded that Kalanick immediately step down from his position. The former CEO wrote in his resignation letter, “I love Uber more than anything in the world and at this difficult moment in my personal life I have accepted the investors request to step aside so that Uber can go back to building rather than be distracted with another fight.”

Although Kalanick is no longer the CEO, he will still be on Uber’s board of directors. According to a statement from the board, “Travis has always put Uber first. This is a bold decision and a sign of his devotion and love for Uber. By stepping away, he’s taking the time to heal from his personal tragedy while giving the company room to fully embrace this new chapter in Uber’s history. We look forward to continuing to serve with him on the board.”

Gabi Holzwarth’s age is 27 and she is a violin player who is often referred to as the “Violin Girl of Silicon Valley.” She has performed as a solo hip-hop artist for the past four years. She has performed in different events for places like Google, Netflix, Uber, DLD, ReCode, TechCrunch, DeYoung Museum, Boston Museum of Fine Arts, The Metropolitan Museum of Art, TiVo, Gigaom, Motorola, Netapp, Synopsys, Advantest, Goldman Sachs, The Huffington Post, and Sales Force. Videos of her violin performances can be found on her website, with clips of her playing also featured on Gabi Holzwarth’s Instagram account. In 2014, she spoke at a TEDx event about her struggle with eating disorders.

Holzwarth is half-Chinese and half-Caucasian, and her childhood has not been easy. She said, “Violent fights between my parents, plates, punches were thrown, tears and screams rang throughout the house. My mom would always take the keys and leave — I never thought she was coming back.” She further added, “When I was 10, I was sexually abused by my tennis instructor but I didn’t tell anybody because I was embarrassed. When I was 15, the eating disorder got really bad. I took a glass one day and I smashed it into my dad’s head and he punched me in the face. He went to the hospital to get stitches and I walked around with a black eye.”

To overcome her eating disorder, she started playing violin and began performing on the streets of Palo Alto, California, “I was sick. I put out my box because I didn’t know what to do. I quit my job in sales. I was living at home. I was 21. I didn’t know what I was doing. I put down my box one day and I started to play.”

Back in 2014, Uber investor Shervin Pishevar saw Holzwarth playing the violin outside of a Trader Joe’s in Palo Alto. He immediately invited her to play at an event, where he introduced her to Kalanick. The pair hit it off immediately and soon started dating. They were spotted together attending many events such as the red carpet for Vanity Fair‘s Oscar Party, the ultra-exclusive Met Ball, and the annual White House Correspondents’ Dinner.

After dating for two years, Kalanick decided to break up with his girlfriend because of work pressure in 2016 resulting from his company’s major losses. As per the reports, the company lost over $1.2 billion in the first half of the year.

People always ask me why I wear the same dress to every event…I'm saving up to upgrade my violin, not my gowns. #outfitrepeater #musicianlife @dvf

While dating, Holzwarth revealed that when she met Kalanick, she was struggling to overcome a decade-long eating disorder. During an interview, she said, “I told him absolutely everything and that I was 30 pounds underweight. Then I wrote a Facebook post, it got hundreds of likes, it said ‘I’m going to have to stop playing gigs for a while, I have to recover.’ I was crying when I wrote it, feeling so relieved to have this out in the open.” She further added, “’Travis, he’s been so helpful in my recovery. He’s been such a rock. That’s a side that no one really sees about him.”

Holzwarth plays violin for private events and parties, and has made a name for herself after performing for tech companies. She has posted a few videos of her playing the violin on her YouTube channel. She recently graduated from the University of California with a major in history. Although she is known in Silicon Valley, Gabi Holzwarth’s net worth has not been calculated. But with a stellar education and a great deal of talent, she is sure to make it big one day.