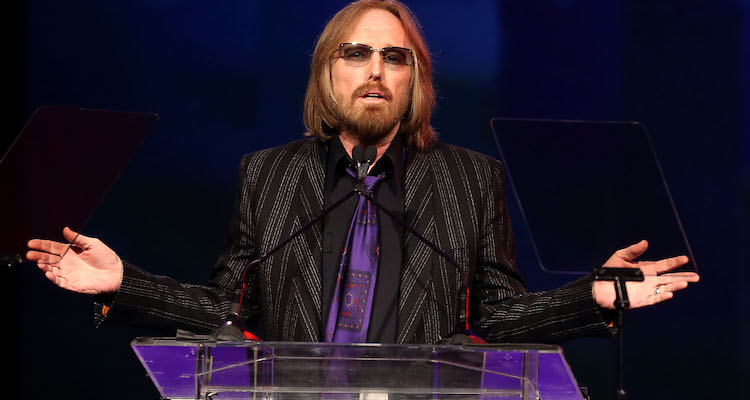 Tom Petty was a brilliant lyricist and musician that left the world far too early. He was a man that fought for what he believed in and would stick to his guns when it was a cause that he believed in. When having issues with his record company, there was a short period where  Petty had someone drive around with the master tapes to his next album so the record company couldn’t get a hold of them. These famous Tom Petty songs, quotes, and thoughts should give you a valuable insight into the man that he was.

Tom Petty was also a man who wasn’t afraid to admit when he was wrong, most recently when speaking about the use of the Confederate flag as a stage prop for the Southern Accents tour, telling Rolling Stone “I wish I had given it more thought. It was a downright stupid thing to do.” The following is a collection of Tom Petty lyric quotes as well as his thoughts on music and social issues.

On the Music Industry

Petty had some harsh words for the music industry over the years. Never one to shy away from a fight, even with those who held his record contracts, Petty would comment on the state of the music industry both in lyrics and in interviews.

“We have no intention of turning into an oldies group. It’s very lucrative, and everyone has a great time if you play hits for two hours, but I’m not done and I want people to know it.”

“When my record company rejected Full Moon Fever, I was hurt so bad. I was pretty far along in my career at that point. I’d never had anything rejected; I’d never really even had a comment. So when that happened, it was really just a board to the forehead. But then finally I picked myself up. I said, “I’m not buying this, there’s nothing wrong, I really like this record.” And then I waited awhile, until the top regime at the record company changed. And I came back and I played them the same record, and they were overjoyed. It turned out to be a huge hit.” – Esquire Magazine, August 2006

More than anything else, Tom Petty lived his life for music. At 66, he had just completed a final huge tour just days before his death. Tom Petty might have criticized the music industry but he loved music as these Tom Petty music quotes will demonstrate.

“Music is probably the only real magic I have encountered in my life. There’s not some trick involved with it. It’s pure and it’s real. It moves, it heals, it communicates and does all these incredible things.” – In an interview with The Telegraph

“Music really isn’t supposed to be perfect. It’s all about people relating to each other and doing something that’s really from the soul. It must come from the soul.” – From Sound City interview

“It was a beautiful day, the sun beat down/I had the radio on, I was drivin’/Trees flew by/ Me and Del were singin’ little Runaway/I was flyin’” – “Runnin’ Down a Dream” from Full Moon Fever

“You have a lot of young bands doing it for the right reasons. They’re not caught up in being MTV stars or fitting a certain marketing scheme. I love the honest attitude and whole vibe of it. For a long time, what was masquerading as rock was not very genuine.”  – USA Today, 1994

Petty has a habit of being overlooked for his lyrical prowess as the music that backs it is straight a head rock and roll. But as you can see by some of the below lyrical quotes from Tom Petty, maybe rock and roll scholars should take a second look.

“Well some say life will beat you down/Break your heart, steal your crown” – “Learning to Fly” from Full Moon Fever

Words to Live By

Hopefully, from reading these best Tom Petty quotes, you’ll have gained some insight into the man who wrote them but to finish this piece, we leave you with one last bit of wisdom from Tom Petty:

“Do something you really like, and hopefully it pays the rent. As far as I’m concerned, that’s success.” –Esquire Magazine, August 2006