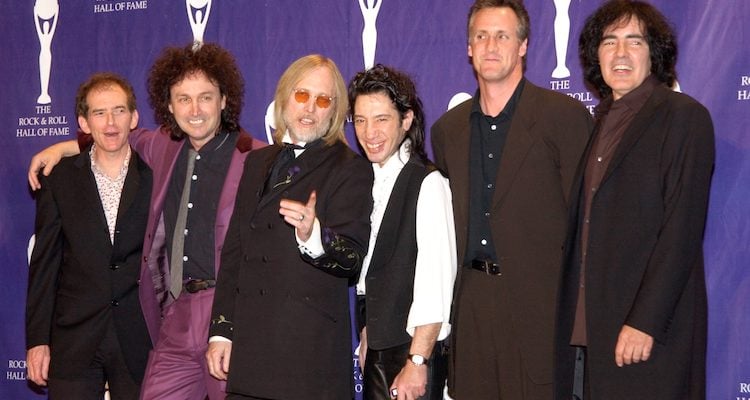 From Mudcrutch to Heartbreakers

The roots of the Heartbreakers can be found in a band from Gainesville, Florida called Mudcrutch. Formed in 1970, Mudcrutch consisted of a few different musicians including Tom Petty and future Heartbreakers Mike Campbell (guitar) and Benmont Tench (keyboards). Mudcrutch didn’t really do much, they signed a record deal with Shelter Records in Los Angeles and released a single called “Depot Street” and that was kind of about it. The band would break up in 1975, but from the ashes of Mudcrutch came Tom Petty and the Heartbreakers a few months later. Petty brought with him Campbell and Tench and then began to cherry-pick other great musicians from the Florida scene that they played with. Rounding out the initial lineup was bass player Ron Blair and drummer Stan Lynch.

Initially, the Heartbreakers signed with Shelter Records but then ABC, the distributor of Shelter Records, was bought by mega record company, MCA. Petty didn’t like the idea that it was that easy for the band to be traded to another record company. After all, the Heartbreakers never signed or even talked to MCA. This lead to a legal dispute that would last for over a year and Petty declaring bankruptcy as a maneuver so MCA wouldn’t receive anything. The band would also feature lineup changes; Ron Blair would leave in 1982 to be replaced by Howie Epstein, Stan Lynch leaving the band in 1994 to be replaced by Steve Ferrone, and Ron Blair returning to the band after Epstein’s drug issues started to get the better of him.

The Music of the Heartbreakers

With a career that consists of 13 studio, seven live, and three compilation albums, trying to figure out where to start with the Heartbreakers can be a daunting task. But if you are looking for sampler platter of music from the band, here’s what we recommend:

Tom Petty and the Heartbreakers’ Albums

While the band had a huge career, if you want to try a solid sampling of their albums, we recommend checking out Tom Petty and The Heartbreakers (1976), Damn the Torpedoes (1979), and Into the Great Wide Open (1991) as three great places to start. Tom Petty and the Heartbreakers was their debut album and just blew the doors open to rock and roll again in North America. Damn the Torpedoes, the band’s third album, took their energy and managed to capture it on vinyl leading it to be declared by Rolling Stone magazine as one of the “500 Greatest Albums of All Time” in 2003. Into the Great Wide Open sees the band experiment and play with their music a little more but still maintaining the sound that the band had cultivated for a great sounding album top to bottom.

In addition to that, we also suggest taking a listen to the Live Anthology set as it covers what Tom Petty and the Heartbreakers tours sounded like from 1980 all the way until 2006. At the end of the day, the Heartbreakers were a killer live band and this anthology should definitely be heard.

Tom Petty and the Heartbreakers’ Songs

Putting together the best songs by Tom Petty and the Heartbreakers is really hard. But if we were going to give you a playlist to start with, it would probably go something like this:

We’d also throw in Stevie Nicks’ “Stop Dragging My Heart Around” as while it was featured on Nicks’ Bella Donna album, it was written by Petty and Mike Campbell and the Heartbreakers save for Ron Blair, recorded the backing tracks for the song.

A Mind with a Heart of Its Own

Tom Petty was an American original when it came to the world of rock and roll. He took inspiration from all points, from Del Shannon to Bob Dylan, to the Beatles to Elvis and along with the Heartbreakers, he made his stamp on the music world. Hopefully, we’ve provided you with some breadcrumbs so that you can travel down the roads of their music, whether that be through Tom Petty and the Heartbreakers’ Youtube videos, digging into some CDs, or maybe even your dad’s vinyl and enjoy the legacy of their music.