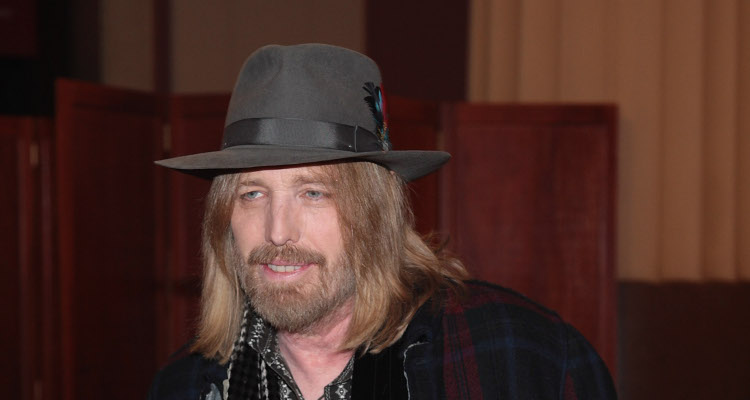 Did Tom Petty do drugs? If you want to know the answer to that question, you may be shocked to learn that he did. A lot of them. It’s a lesser known fact about the legend, as he hid the truth about those dark times until just a couple of years ago. Tom Petty was a rock star, and we know that rock stars do what they do. But, it wasn’t a lifestyle that Petty preferred.

Tom Petty always believed in a world that was full of romance, music, and passion. But there was one small problem in his otherwise perfect ideology. And, an unauthorized biography was written about it. The book contained the revelation of a heroin addiction on his journey as an iconic rock star.

The biography was “unauthorized” because Tom Petty felt that authorizing his biography would take away from the writer, Warren Zanes. Petty said, “I want it to be yours. And I can’t tell you what you can and can’t write.”

It was an eye-opener when the biography came out in 2015. And a very hesitant Tom Petty let the world know about his dark secrets. The rock star smoked cigarettes since the age of 17 and did not regret it one bit. He said, “I’m a sick f**k. I don’t light up in the car because people get upset. But I don’t understand why I can’t light up in a bar or park. I think that’s yuppie s**t.”

He was interviewed about his drug abuse and asked if Tom Petty and cocaine were ever a thing. He was quite open about his drug use and marijuana intake, saying he had a “pipeline” of the drug since ‘67, “I mean, I went through the ’80s like everybody, but cocaine was never a good look, I’m mostly just a reefer guy.”

One of Petty’s fondest memories was getting stoned and visiting the Jefferson Memorial in Washington D.C. He was a true Thomas Jefferson fan, and whenever he was visiting D.C., he would like to chill by the walls of the memorial.

When asked how and why he would ever do heroin or any other drug, Petty confessed that it was for the same reasons the others did it—to ease the pain, “That happens when the pain becomes too much and you live in a world, in a culture, where people have reached in the direction of heroin to stop the pain.”

The rock star since ended up overcoming the addiction.

Why Was the Drug Addiction Kept Hidden?

Tom Petty was very concerned about talking about his addiction, even though it was a long time ago. He was worried that if he spoke about his drug history, it would set a bad example for young people. And, he did not want anybody to think that doing drugs was okay just because they knew about his story. So, he was cautious, as Tom Petty knew what drugs could do to a person.

His bandmate, Howie Epstein, was a drug addict. And although Tom Petty and the Heartbreakers helped him go to rehab, he died as a result of the addiction.

Petty claimed that when you do drugs you “start to lose soul.” He regrets every moment of doing drugs, and never wanted anybody to get into it.

Now, the legend has passed away due to a cardiac arrest. Although Tom Petty had reduced his smoking to one pack a day, the ill-effects of smoking cigarettes could have been a contributing factor in the cause of his death.