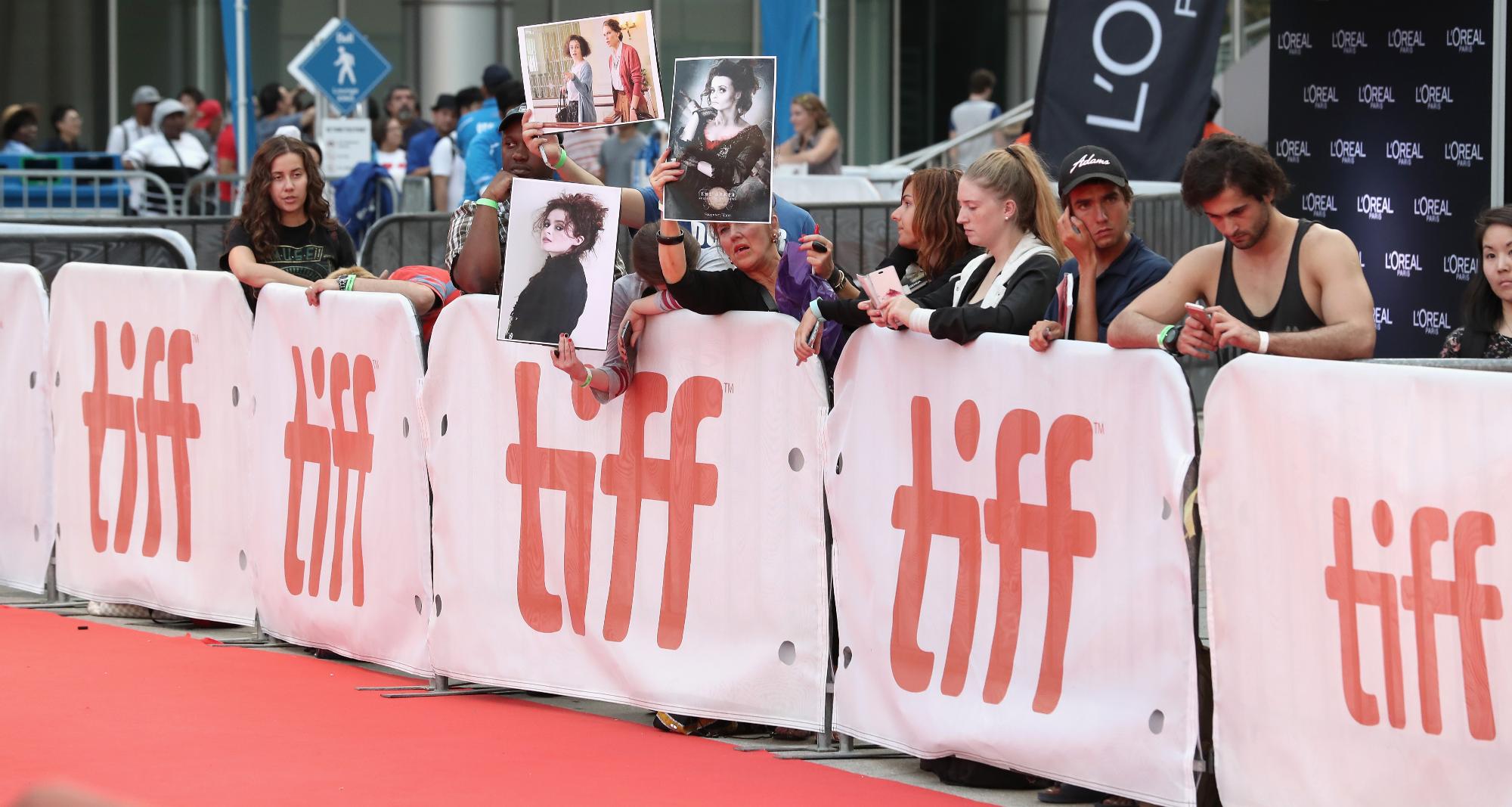 One of the highlights of an international film festival is the screening of films made by debutant directors. Any sign of talent will be noticed by film lovers, the film industry, and studios alike, and the hunger for new storytellers is satiated. TIFF 2018 has a whole section devoted to film premieres directed by talented filmmakers from across the world. We bring you five of the best first feature movies to watch at TIFF 2018.

The Toronto International Film Festival (TIFF 2018) is fast approaching and will be held from September 6 to September 16, 2018, in Toronto, Canada. Films by both big-name and lesser-known directors will be screened at the event, providing a sumptuous feast for eager filmgoers as they sample the films coming in from across the globe.

One section that is making a buzz at TIFF 2018 is “First Features.” It will feature films made by first-time directors who have never helmed a feature film before.

TIFF 2018’s first feature films will be full of pleasant and even shocking surprises as these directors tackle original themes and creatively tell new stories. Even though their films are about disparate people in near and distant lands, the emotions are universal.

We bring you a list of feature films to watch out for at TIFF 2018. Some of them are being shown for the first time ever and tell heart-wrenching stories of hope, sadness, pain, and fear—emotions that we all have felt in our own lives at some point.

Here are five movie premieres that you shouldn’t miss at the TIFF 2018, no matter what!

This film marks the directorial debut of Hollywood star Bradley Cooper. It is about the evolving and complicated relationship between an older seasoned musician, Jackson Maine (Bradley Cooper), and a young struggling singer named Ally (Lady Gaga).

A Star is Born Credits: Facebook/StarIsBornMovie

Even though this story has already been tackled a few times in Hollywood, Cooper gives a fresh take on it and updates the drama in the present day.

Maine discovers Ally singing at a random bar and is so impressed by her voice and singing talent that he takes it upon himself to groom her and make her into a superstar. Maine is a world-weary rock star who has a heavy drinking problem but finds purpose in his life when he takes on the role of a mentor to Ally.

Ally starts to sing her own songs on stage and fame soon follows. But along with it also comes the trappings of stardom—after-parties, private jets, and the constant glare of the spotlight.

The film focuses on the emotional bond between the two musicians, even as stardom and excess threaten to tear them apart.

Set in the bloody, war-torn country of Syria, the film is about a young mother, Sana (Sawsan Ercheid), who tries to provide a normal home for her son during a chaotic civil war. Power outages, water scarcity, and gas shortages are a daily occurrence, even as regular people huddle in their homes under the illusion that they will be safe.

Sana is determined to cook for her son, so she sets off for a nearby town rumored to have propane, along with her brother Jalal (Samer Ismael) and sister Reem (Reham Al Kassar). Things get out of control when the trio find themselves lost on the outskirts of Damascus due to a misunderstanding at a checkpoint. With night approaching fast and her son all alone at home, Sana is dragged deeper into the ongoing conflict.

The movie captures the confusion, chaos, and sense of loss felt by people who are caught unwittingly into brutal wars they have nothing to do with. The film focuses on the emotional wounds of war that will undoubtedly leave deep, festering psychological scars.

In this day and age of difficult relationships, family is the emotional anchor for most people, even if the family is dysfunctional.

What They Had tells the story of a family that tries to come closer due to an illness in their midst. Ruth (Blythe Danner) has Alzheimer’s disease and her health is declining rapidly. She is retreating from life as family members come to terms with the fact that she will soon be a near-vegetable. 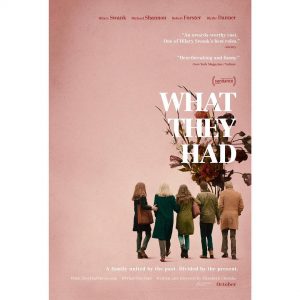 What They had Credits: Instgram/whattheyhad

Ruth’s daughter, Bridget (Hilary Swank), is forced to fly back home to be at her mother’s side. Meanwhile, her brother, Nicky (Michael Shannon), is trying to deal with his mother’s illness by not indulging in sentimentality. Each member of the family finds their own way to cope with the tragedy unfolding in front of their eyes.

The film shines when interpersonal relationships are explored in subtle but fine detail when even close family members appear as strangers to each other. There is a tension between them as they all steel themselves for the sadness that will eventually prevail.

For those who have loved and lost, the film is a must see.

Manta Ray is dedicated to the Rohingya refugees, who are regularly featured in newspapers and on TV screens across the world. It tells the story of the friendship between a Rohingya refugee and the Thai fisherman who rescues him from certain death. It explores the concepts of identity, being an outsider, and foreignness, and how we refuse to allow “strangers” into our lives. 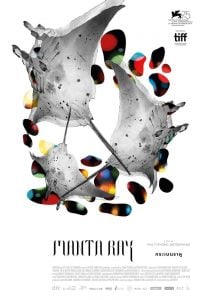 Nobi (Wanlop Rungkumjad) is a fisherman who lives near a coastal village in Thailand and catches giant manta rays. One day, he finds a nearly dead man (Aphisit Hama) in the forest who is covered in mud and unable to speak.

He takes him to his house, nurses and cares for him, and names him Thongchai, after a famous singer. The two men live together and grow fond of each other until Nobi disappears.

Thongchai cannot find Nobi and continues to live in Nobi’s house and fishes like he’s been taught. His identity blurs into Nobi’s, until one day, he has an unexpected visitor.

The film tells the complex story of their friendship in a simple way, accompanied by great scenes of sheer beauty. It shows that in good, bad, and even dangerous times, there is nothing better than to have a genuine friendship.

Fig Tree is set at the end of the Ethiopian Civil War and tells the tale of a Jewish Ethiopian teenage girl who along with her family is all set to escape from the country. However, all her attention is focused on her Christian boyfriend as she tries to prevent him from getting drafted. It is set in Addis Ababa in 1989 and is about the grim coming-of-age of a teenage girl.

Mina is 14 years old and lives with her poor family in a humble house where they use newsprint for wallpaper. They made plans to go to Israel, but Mina is tormented because she will have to leave behind her boyfriend, Eli, who is hiding in the woods to avoid being drafted into Mengistu Haile Mariam’s army. Mina plans to save him but finds that everyone and everything is working against her as she finds herself alone in her efforts to save Eli.

The director has used her own memories after growing up in an Ethiopia destroyed by war. She is using Mina as a vulnerable protagonist in an attempt to show how war destroys the dreams and hopes of everyday people.

The film effectively demonstrates how a group of armed men play havoc with the lives of young people and hijack a country’s opportunity to develop and prosper.