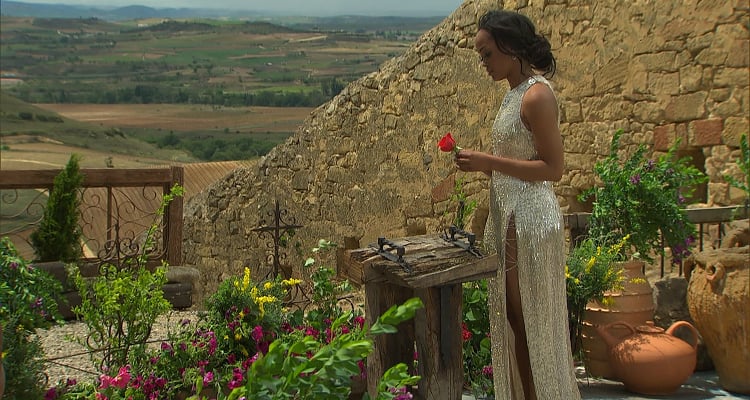 Rachel Lindsay made her parents proud, and decided on the man she wants to spend the rest of her life with. After a season full of absolute madness, drama, emotions, and a whole lot of fun, Lindsay finally made up her mind. So, who did she choose? Read on to know everything about The Bachelorette 2017 finale, right here.

It seemed as though Lindsay had something special with many of her suitors when the season started. Being the first ever African-American Bachelorette was already pressure enough, but she handled it with grace and elegance. Her journey was an incredible one, with so much to learn from. The strong, level-headed woman that she is, Lindsay gave the final rose to an equally amazing person.

Also Read: Dr. Bryan Abasolo from “The Bachelorette:” Wiki & Everything You Need to Know

So, without further delay, Rachel Lindsay is now freely able to introduce Bryan Abasolo as her fiancé.

Yes! Those of you rooting for the good looking doctor can rejoice! The hunky doctor won the lawyer’s heart and the couple could not have looked more in love.

Bryan and Rachel are engaged now and are so elated to be together. They had a spark since day one, and it definitely grew into a flame for these two!

Have you been ADJUSTED today?! If not…let me tell you why you should! Chiropractic adjustments have been shown in medical research and studies to help improve low back pain, neck pain, headaches, neurological conditions, sciatica, help normalize blood pressure, surgery prevention, improve athletic performance just to name a few! #getadjusted #feelbetter #innateintelligence

Also Read: Genavieve Boue: Everything You Need to Know about Bryan Abasolo’s Ex-Girlfriend

So, tonight, though Peter Kraus and Eric Bigger walked away fiancée-less, they also left with millions of fans who are rooting for them to become the next Bachelor. But viewers were simply happy to see Rachel Lindsay happy —after all, that is the reason for the whole thing!

The Bachelorette 2017 ended with Lindsay finding her happily ever after, and those who watched her journey from Nick Viall’s season of The Bachelor are overjoyed that the lawyer finally found true love! The season was a roller-coaster ride, and fans thoroughly enjoyed every moment of it. From the group dates, to the one-on-ones, to watching love blossom (and sparking some serious drama), the excitement levels were through the roof! Congrats to the happy couple!