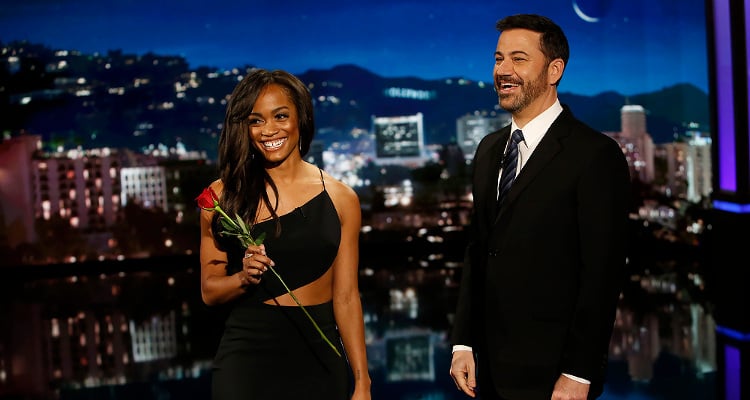 The Bachelorette 2017 hasn’t even premiered yet, and the competition for Rachel Lindsay’s heart is already heating up! One of the men courting the new Bachelorette is Dr. Bryan Abasolo. We have some details from his wiki, right here!

Bachelor Nation has the potential winners of Rachel Lindsay’s heart in The Bachelorette! A handsome doctor is one of the men to watch for in the competition —but which one? Dr. Bryan Abasolo, The Bachelorette contestant, is said to have made quite an impression on Rachel. The season is currently filming, and word has it that he makes it pretty far on the show! Catch up with Rachel’s frontrunner in our Dr. Bryan Abasolo wiki, right here.

Reality Steve has dug up some information on the contestants, and we learned that Dr. Abasolo is a chiropractor from Miami, Florida, where we presume his family also lives. But there’s no information on that now, since his Instagram and other social media has been set to private until the show premieres.

He graduated from University of Florida in 2003 and is currently working for the Accident and Injury Team, a facility of medical professionals who treat and rehabilitate patients of car accidents and sport injuries. According to his LinkedIn, Dr. Bryan Abasolo has more than nine years of professional experience.

He also works for Total Life Changes, a network of health experts who give advice on improving health. He writes in his LinkedIn profile, “Contact me to discuss detox, weight loss, energy, sexual performance, and how to earn additional income while helping others.” His net worth hasn’t been calculated yet, but we might know more once he’s got a strong reality TV presence.

An ABC rep said that one of the doctors this season will be the villains. To Bachelor Nation, Bryan fits the bill. Six of the men, including Dr. Abasolo, go on a group date early in the season to The Ellen DeGeneres Show. There, Rachel Lindsay dished about the first kiss of this season to Ellen DeGeneres.

Rachel tried to keep it under wraps, but when Ellen asked the guys how they felt knowing one of them kissed her first, Bryan spilled the beans! He even made a “sloppy seconds” comment, which raised a few eyebrows. Check out the group date video on The Ellen Show here.

Spoilers revealed that he makes it to the hometown dates stage of the season, and that they went dancing. It appears Rachel doesn’t mind Bryan’s villainous tendencies. (But then again, we’ll have to watch the series to know if he’s really the villain.)

As the premiere date of The Bachelorette season 12 draws near, Bachelor Nation is uncovering the pasts of the contestants. Some of the guys’ arrests and legal drama have come to light in the past few days, including Dr. Bryan Abasolo’s. The Miami-native has been accused of false medical documentation!

All State Insurance Company sued Bryan and other chiropractors for alleged insurance fraud. Court documents from Pennsylvania (where he is a licensed chiropractor along with Kentucky and Florida) reveal that the Bachelorette contestant submitted false and fraudulent medical records, bills and invoices through the U.S. Mail seeking reimbursement. According to Radar Online, he sought payment from the insurance company for treatment that was medically unnecessary, and was not lawfully rendered.

Bryan Abasolo and the other doctors denied the claims. The case was eventually dismissed with neither parties involved having to bear costs or fees. However, whether this will impact Rachel Lindsay’s decision is something we will have to wait and see!