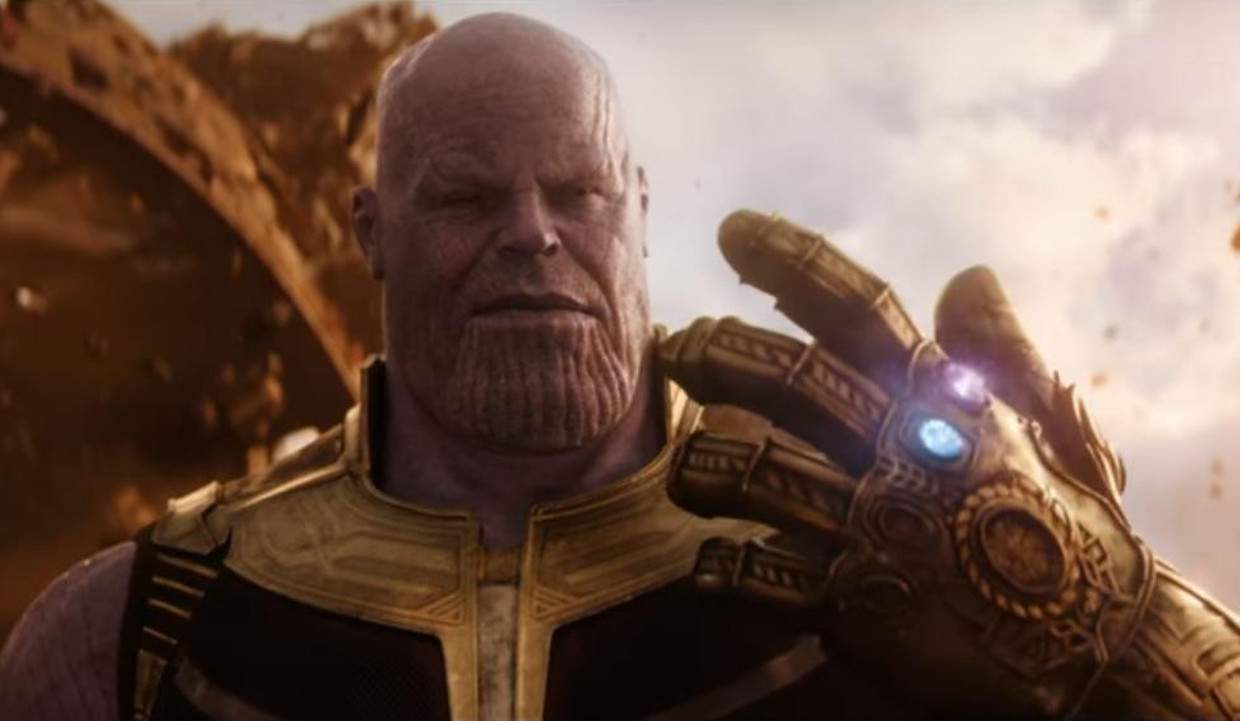 MCU fans have been at the edge of their seats ever since Marvel Studios revealed that Thanos will be the villain the Avengers will be up against in Avengers: Infinity War. The reality-bending Infinity Stones are an important part of the narrative. So, just how many Infinity Stones does Thanos have? The Infinity Gauntlet is far from complete. Read on to learn more!

The trailer for Avengers: Infinity War gave us a good look at our heroes, as well as this installment’s villain, Thanos. If that doesn’t get you excited for the April release, we don’t know what will! Well, we probably do have something that will send you into a tizzy!

The giant purple Mad Titan is sporting a few of the Infinity Stones on his gauntlet already. So, for the uninitiated who can’t figure out why that’s such a big deal, here’s a primer on who Thanos is.

Marvel describes this villain by saying, “The Mad Titan Thanos, a melancholy, brooding individual, consumed with the concept of death, sought out personal power and increased strength, endowing himself with cybernetic implants until he became more powerful than any of his brethren.”

This six-foot-seven purple terror is obsessed with death and power. His inhuman powers, which are far greater than any villain in Marvel, makes his obsession a reality.

Thanos was born in a group of superhumans called the Eternals on Saturn’s moon, Titan. But he doesn’t look like the other Eternals and bears a grudge against the universe for making him different.

Also Read: Who Does Thanos Kill in the Avengers: Infinity War Trailer?

As he grew up, Thanos became infatuated with Mistress Death, the physical embodiment of death itself. The infatuation led him to kill his own family and nearly destroy his home planet.

As if a nihilistic obsession with death wasn’t enough, this evil dude has more powers than we can count. From basic ones like super strength, speed, endurance, and agility to terrifying powers like impenetrable skin.

Not only does Thanos not depend on food or water for life, but he is also immune to psychic powers. (That makes the Scarlet Witch ineffective.) He can also reduce anyone to smithereens with cosmic energy from his hands or eyes.

Thanos is skilled in sciences far beyond those we have on Earth, too. So, hurray for humanity’s doom!

You might have seen Thanos (portrayed by Josh Brolin) in Guardians of the Galaxy, along with fleeting appearances in the Avengers movies. He’s almost never seen without his ugly gauntlet, which you should keep a close eye on.

Like we mentioned, Thanos wants power because he has a crush on Mistress Death and wants to make an impression on her. In the movies, however, his reasons to annihilate Earth are a mystery.

Through a larger story arc narrated in the background of every MCU movie, the universe has been building to Avengers: Infinity War. Thanos handcrafted the Infinity Gauntlet to combine the six gems and wield their power.

A detailed look at the Avengers: Infinity War trailer reveals that Thanos already possesses one-third of that power.

The first stone is Space Stone, better known as the Tesseract, which was taken to Asgard. (Refer to Thor, Captain America: The First Avenger, and Avengers.) But in the trailer, Loki walks over a pile of dead Asgardians and seemingly hands the Space Stone to Thanos.

Thanos is seen placing the Space Stone on his gauntlet, which looks really bad for Loki. The same scene shows that Thanos is already in possession of the Power Stone, which was locked away with the Nova Corps in Xandar.

When Thanos sent Loki to Earth, he had given him the Mind Stone in his scepter.

Tony Stark unwittingly gave birth to Ultron and Vision with the Mind Stone, which now sits on Vision’s forehead. But the trailer showed an unknown force extracting the Mind Stone from Vision while he writhes in pain.

Also Read: How Did Thor Lose an Eye in Avengers: Infinity War?

The Reality Stone was in the possession of the Collector on Knowhere in Thor: The Dark World. The Time Stone royally sits on Doctor Strange’s necklace and hopefully remains there.

Not to spoil Black Panther, but the final gem, the Soul Stone, was hiding in plain sight in Wakanda.

The trailer is cryptic about which Infinity Stones are already in Thanos’ possession. Nevertheless, it calls for an epic collaboration between the Avengers and Guardians of the Galaxy. Totally worth the popcorn!

We’ll just have to wait and see if Thanos succeeds in getting all the Infinity Stones when Avengers: Infinity War releases on April 27, 2018.

Celebrities
Tommy Wiseau Net Worth 2017: How Much Money Does Tommy Wiseau Make?
Advertisement