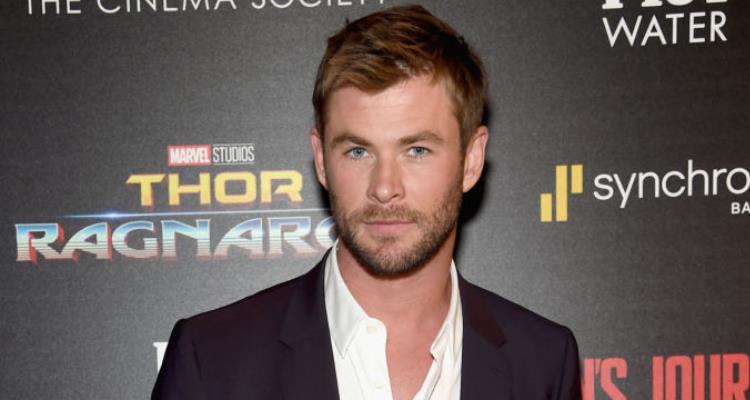 Does Thor lose an eye? Spoiler alert: He does and a lot of fans aren’t happy about it! But how did Thor lose an eye? For those who don’t know, his long-lost, evil big sister Hela cut it out during their epic battle! If you want to learn more about Thor in Avengers: Infinity War and the status of Thor’s eye, then you came to the right place.

How Thor Lost an Eye

In Thor: Ragnarok, the Asgardian Avenger lost his eye in a battle with his sister, Hela, played by Carte Blanchett. Not only did he lose his eye but he also lost his hammer and his father, all at the beginning of the movie. It was an unexpected scene and fans couldn’t get over the fact that it actually happened. Many even speculated if it could be repaired. Instead, audiences are left seeing Thor’s eye patch (made of metal) which made him look a lot like his father, Odin. It was also more fitting since Thor became king after Odin’s death.

The Future of Thor’s Eye

In the Avengers: Infinity War trailer, we saw Thor still wearing his eye patch when he encounters Star-Lord and the rest of the Guardians of the Galaxy. This means that his eye won’t be healed by the time we see him in the movie, but it’s unsure if his eye will be healed in the future. Despite the many advances of Asgard, Odin went through life with one eye and never used a prosthetic replacement. While Thor doesn’t need the eyepatch (and was even seen using his powers against Hela with one eye), he still appears to have one good eye, according to Chris Hemsworth’s interview with Vanity Fair.

“Yeah, we carry it into the film with the eye patch you see in this film,” he said.

Director Taika Waititi said, “That kind of just evolved just throughout the script process, to just keep stripping that character [Thor] down, having him lose the hammer and all those things and to kind of create a broken version of the character. At the end, he sort of becomes a refugee.”

Some liked the idea of Thor losing his eye, while others don’t. It even started a debate on Entertainment Weekly’s website!

One comment read: “Totally agree with you. I think it was unnecessary and only for Hela’s “now you remind me of Odin” line. Thor looked so powerful with the lightning in his eyes like in that picture above, I thought that would be how we’d see him from now on. The Infinity War trailer didn’t show it to avoid spoilers, but like you said it sucks how they’re manipulating all of this. But wait for someone to say “it’s just an eye.”

Another comment read: “I liked it because in Norse Mythology, Odin sacrifices his eye to become “All Seeing”- gaining wisdom. For it to happen to Thor during a movie which moves him from being a worthy battle commander to a worthy king/leader of his people is significant in my opinion. What I want to know is if Odin stopped his rampaging conquest when he lost his own eye (I don’t remember). Plus- now we can get some depth perception jokes.”

Avengers: Infinity War will be released everywhere on May 4, 2018. You better get used to seeing that dang eyepatch—at least for now!

After a decade of unprecedented success, @MarvelStudios is at a pivotal moment: the looming farewell to some of its founding superheroes, and the rise of a new generation. At the link in bio, Vanity Fair talks to the creative force behind the $13 billion franchise, Kevin Feige, as well as to a slew of Marvel stars, about its precarious beginnings, its stumbles, and its ever expanding empire. Photographs by @jasonbellphoto (cover 1 of 4).