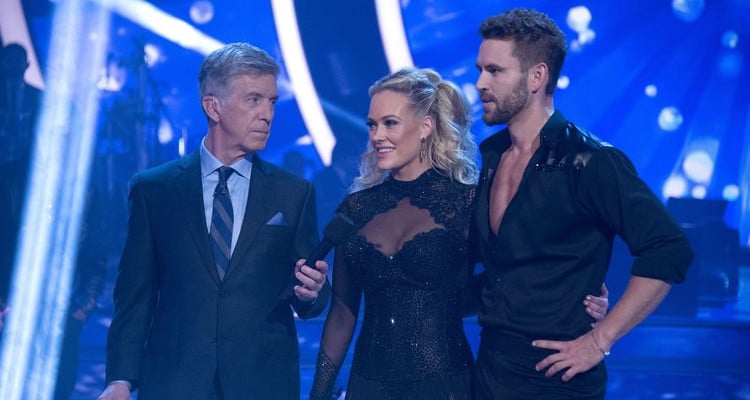 Peta Murgatroyd knows a couple of things about winning Dancing with the Stars. She’s done it twice! Now, the dancer is aiming for a third victory in DWTS season 24 with newly-engaged Bachelor, Nick Viall.

The Dancing with the Stars 2017 cast is not just bringing the titular “stars” but also our favorite pros. After a season-long break, Peta Murgatroyd is back to compete for the Mirrorball Trophy, and she’s going to do that with Nick Viall, The Bachelor alum. She’s also competing against her fiancé, Maksim Chmerkovskiy who’s paired up with Glee’s Heather Morris. There’s so much more to this dancing champion, and we’re sharing it with you in Peta Murgatroyd’s wiki.

Her Dance Journey Began with Ballet

Murgatroyd was born in New Zealand before her family moved to Australia when she was 18 months old. She was raised in Perth, Western Australia and considers herself to be Australian. At the age of four, she began training in classical ballet. She trained for 12 years under Madame Lubov Nikonorenko, the former principal dancer of the Kirov Ballet. Murgatroyd was about to begin a ballet career when an ankle injury at 16 forced her to give up the dance.

But that didn’t mean it was the end of Peta’s dancing career. She switched to Latin ballroom and boy was she good at it! Within three months of ballroom training, she was crowned the W.A. Amateur Latin State Champion in 2002 and won the title again in 2003. She placed second in the Great World City Championships, was a semi-finalist in the Lion City Championships in Singapore, and a finalist in the Australian Open Championships. She placed third at the prestigious Blackpool Dance Festival Youth Under 21 Latin competitions in 2005.

Cementing Her Position in DWTS

The 30-year-old joined DWTS in season 12 as a troupe dance member before becoming an official dancer with the DWTS cast in season 13. She was partnered with NBA pro, Metta World Peace. They were the first couple to be eliminated, but that didn’t discourage the young dancer, who returned the next season with NFL player Donald Driver and took home the Mirrorball Trophy.

Though she was part of the season 21 cast, an injury forced her to sit out the rest of the season. She continued with DWTS until season 22 where she was partnered with hearing-impaired model and America’s Next Top Model winner, Nyle DiMarco. The two won Peta Murgatroyd’s second Mirrorball Trophy. She then took a break from season 23 owing to her pregnancy.

Besides a few live dance tours, she’s also an amazing choreographer who has worked with the likes of Taio Cruz, Enrique Iglesias, Jennifer Lopez, and New Kids on the Block. When she’s not dancing her heart out, she’s posing in front of a camera. Because why not? She looks like she could be a model. Murgatroyd has done a swimsuit spread for a magazine and has been part of an NFL apparel campaign. Her dance career has earned this DWTS champion a net worth of $400,000. Her fiancé has a higher net worth of $2 million.

Also Read: Heather Morris and Maksim Chmerkovskiy on “Dancing with the Stars” 2017

Peta Murgatroyd joined the live dance show, Burn the Floor which included dancers from DWTS and So You Think You Can Dance in the cast. Among them was Damien Whitewood, a former DWTS pro. They met during the Burn the Floor tour and dated for five years before breaking up in 2012.

Soon after her relationship with Whitewood ended, she dated Maksim Chmerkovskiy, one half of the Chmerkovskiy brothers. Peta and Maks would later reveal that they fell for each other the first time they met while she was dating Whitewood, and he was engaged to another pro, Karina Smirnoff, at that time.

The two broke up after briefly dating but once again rekindled their relationship in 2015. She was working with the Chmerkovskiy brothers on their ballroom dance show, Sway. The couple got engaged in 2015 when he proposed to her on-stage during a performance of Sway in Miami. She has been flaunting the gorgeous engagement ring ever since. After all, Maks did put in a lot of effort getting that ring specially designed by the Italian jewelry company, Cantamessa. Getting the ring size, however, was a “stealth mission.” He even resorted to tying a string around her finger when she was sleeping. 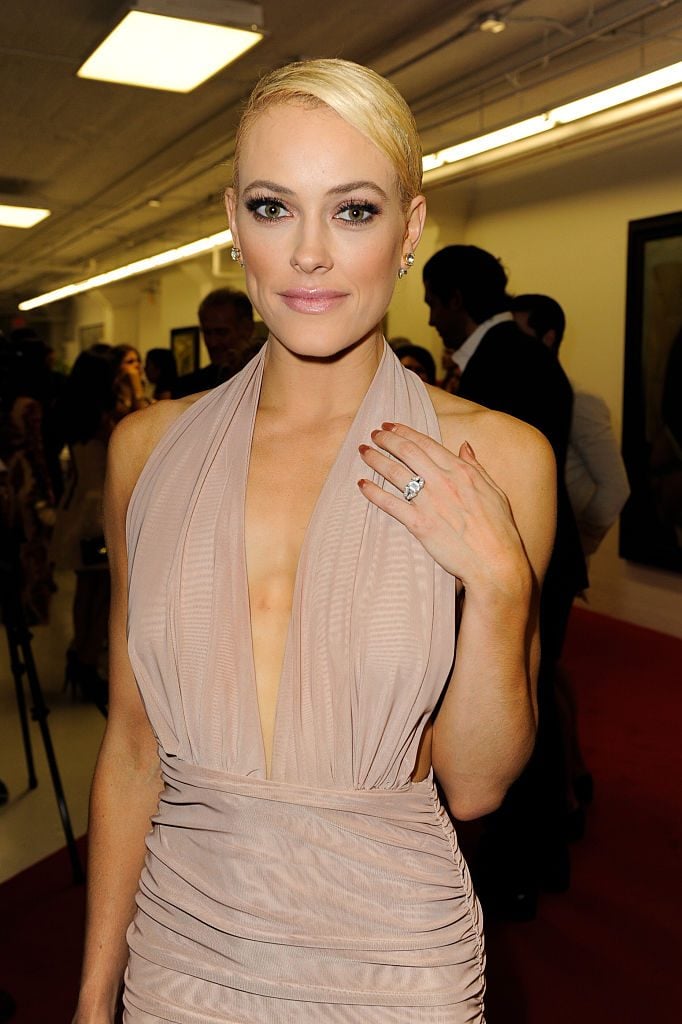 Also Read: Rashad Jennings and Emma Slater on “Dancing with the Stars” 2017

Murgatroyd runs a blog, All Things Fam and Glam, that gives advice for new parents. Most of her knowledge comes from her own experience as a mother. The dancer is a very family-oriented person, but does not frequently see her family in Australia, as her hectic schedules allow very little time to spend with them.

“Getting back to Australia, it’s not easy to go back just for a week because the work is out here. I try to see them as much as I can, even though I have to live my life out here. They are just so supportive, but it never gets easy,” she told Glamour. When she does get to meet her family, she posts about it on her social media accounts. A few of her Instagram and Facebook posts talk show celebrating special occasions with her parents and brother.

Happy birthday to the best brother ever! Sam I miss and love u so much! pic.twitter.com/rZIBsE8QJ8

Peta and Maks welcomed their son, Shai Aleksander in January this year. Only a few months after giving birth, Peta returned to the ballroom to defend her title from season 22 and to get her body back in shape —though we think her post-baby body is already envy-worthy!

Don’t miss #TeamBabyGotBach tear up the dance floor on Dancing with the Stars season 24 Monday nights at 8:00 p.m. EST only on ABC.

@MaksimC and I are so excited to share the first photos of the love of our life, Shai Aleksander Chmerkovskiy, on @allthingsfamandglam today! ❤️ Link in my bio. Thank you for all the well wishes you've sent us as new parents. We feel the love and are so grateful! ? #FamAndGlam #BabyChmerkovskiy