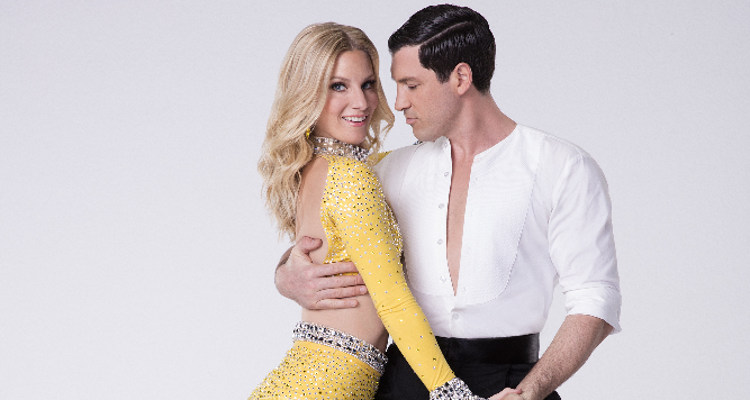 The last time we saw Heather Morris, she was the air-headed cheerleader with the hottest moves in Glee. This time, she’s bringing her moves to the glitziest ballroom floor in America, as she partners with Maksim Chmerkovskiy on this season of Dancing with the Stars!

Heather Morris is making her triumphant return to dance on Dancing with the Stars season 24, premiering tonight! If you’ve missed the sassy and funny cheerleader from Glee, you don’t want to miss her ballroom moves as she joins this season’s star-studded DWTS cast. And if she wasn’t worth rooting for already, Morris is partnered with Maksim Chmerkovskiy! The Ukrainian ballroom pro is hoping to win the Mirrorball Trophy for a second time, and his chances look good. We know that Morris is an awesome dancer, don’t we? The two already look perfect as they rehearse for their performance. What’s in store for us from Heather Morris and Maksim Chmerkovskiy in DWTS season 23?

#1. No Stranger to Dance

Morris dominated Glee’s musical numbers with her dance moves. The 30-year-old was a perfect fit for the love-me-or-hate-me, funny, and sensitive Brittany S. Pierce, especially with her vast dancing experience. She began dancing at the age of 9, competing in a variety of styles like jazz, tap, and contemporary. The California native was raised in Arizona, but moved to Los Angeles when she was 19 to pursue a career in dance.

She first came into the limelight when she auditioned for So You Think You Can Dance and made it as far as Vegas Week! But she failed to make it into the Top 20 with a vote of three to two. However, that didn’t stop this dancing enthusiast, who took further training in jazz and worked on making dance her career.

Her big break came when she was chosen as a backup dancer for Beyoncé on the Beyoncé Experience World Tour in 2007. She also joined Queen Bey on stage for the promotional live performances of her iconic song, “Single Ladies,” including performing at the American Music Awards, The Ellen DeGeneres Show, Today, and Saturday Night Live. She was also a backup dancer for Beyoncé and Tina Turner at the Grammy Awards. All those live performances must have come handy when she performed “Single Ladies” with the Glee cast! And they’ll certainly come in handy this season on DWTS!

#2. The Road to Victory or an Unfair Advantage?

Morris has danced her way into controversy since being cast for DWTS season 24. Word has it, some of the other celebs on the show feel a little disadvantaged that someone with professional dancing experience is competing for the Mirrorball Trophy.

But neither Morris nor Chmerkovskiy are fazed by the criticism. Morris gave birth to her first child with her husband, Taylor Hubbell in 2013, and her second child was born in 2016. Chmerkovskiy is returning to the stage along with his fiancée, Peta Murgatroyd after the couple welcomed their baby boy in January this year. Murgatroyd is partnering with Bachelor alum, Nick Viall.

The two are pumped for their comeback to DWTS, and they’re all for the advantage. “I’ll take whatever I can get,” he said. “It’s a hard show. It’s a difficult production. It’s going to be non-stop, full-on,” said Chmerkovskiy, when the cast was announced on Good Morning America. “To say that we just have this massive advantage, I think so, but I don’t think we’re the only ones that could pull off beautiful, beautiful numbers. I’m ready for us to be scrutinized a little different and judged a little different and rightfully so, we’ll do our best.”

Morris is a little nervous about performing before a live audience and the judges, but she doesn’t think her participation is unfair. “I think the competition is completely fair. There’s a gold medal gymnast! Come on!” she quipped.

#3. Primed and Ready for the Ballroom

ABC has revealed photos from the contestants’ rehearsals, and the pro pair is boasting of some flawless posture, grace, and chemistry. Chmerkovskiy is right; they are the ones to watch out for! Morris, on her part, is super ready for the outfits. “I’m excited for the costumes, for sure. The costumes are like, unbelievable. My favorite,” gushed the mother of two. 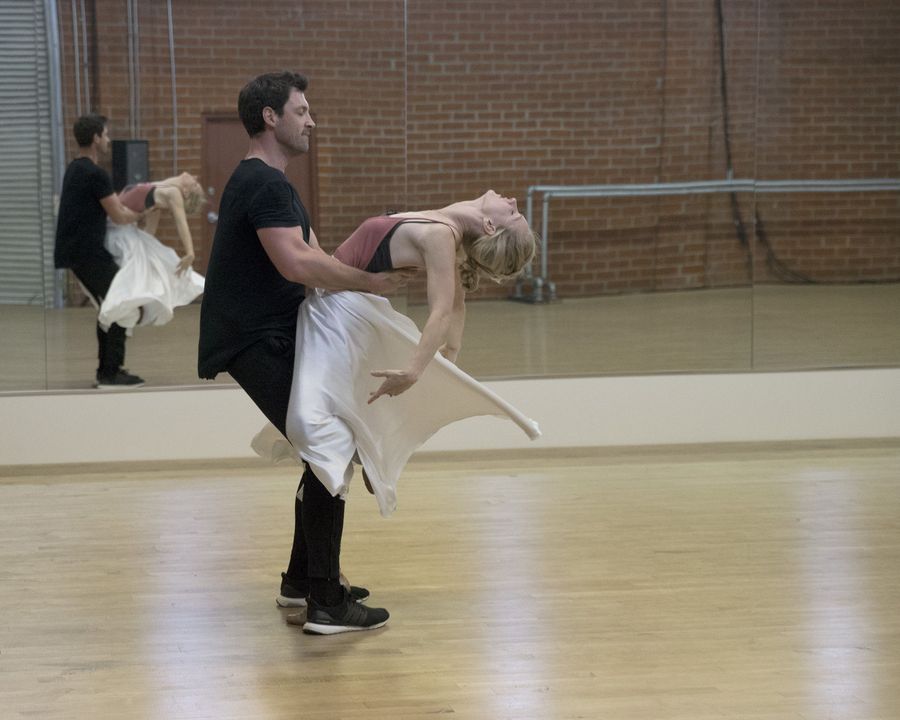 Her pro-partner is eyeing the ultimate prize since he’s lagging behind his brother, Valentin Chmerkovskiy and his fiancée. “I got a mantle at home, it has two of Val’s Mirrorballs, it has two of Peta’s Mirrorballs, it even has a little Mirrorball for the baby, and my lonesome Mirrorball by itself. It’s feeling insecure and needs company, for sure,” he confessed. “I just need to get balls evened out, and this is the opportunity. I’m not gonna stop.”

For the season premiere, the pair is set to take on the Viennese Waltz set to Ben Rector’s, “Make Something Beautiful.” The only thing left for the duo is to step on the ballroom floor and show off their moves!

The stage will be set tonight, March 20, at 8:00 p.m. EST. Don’t miss Heather Morris and Maksim Chmerkovskiy give everyone a run for their money on Dancing with the Stars season 24 only on ABC!