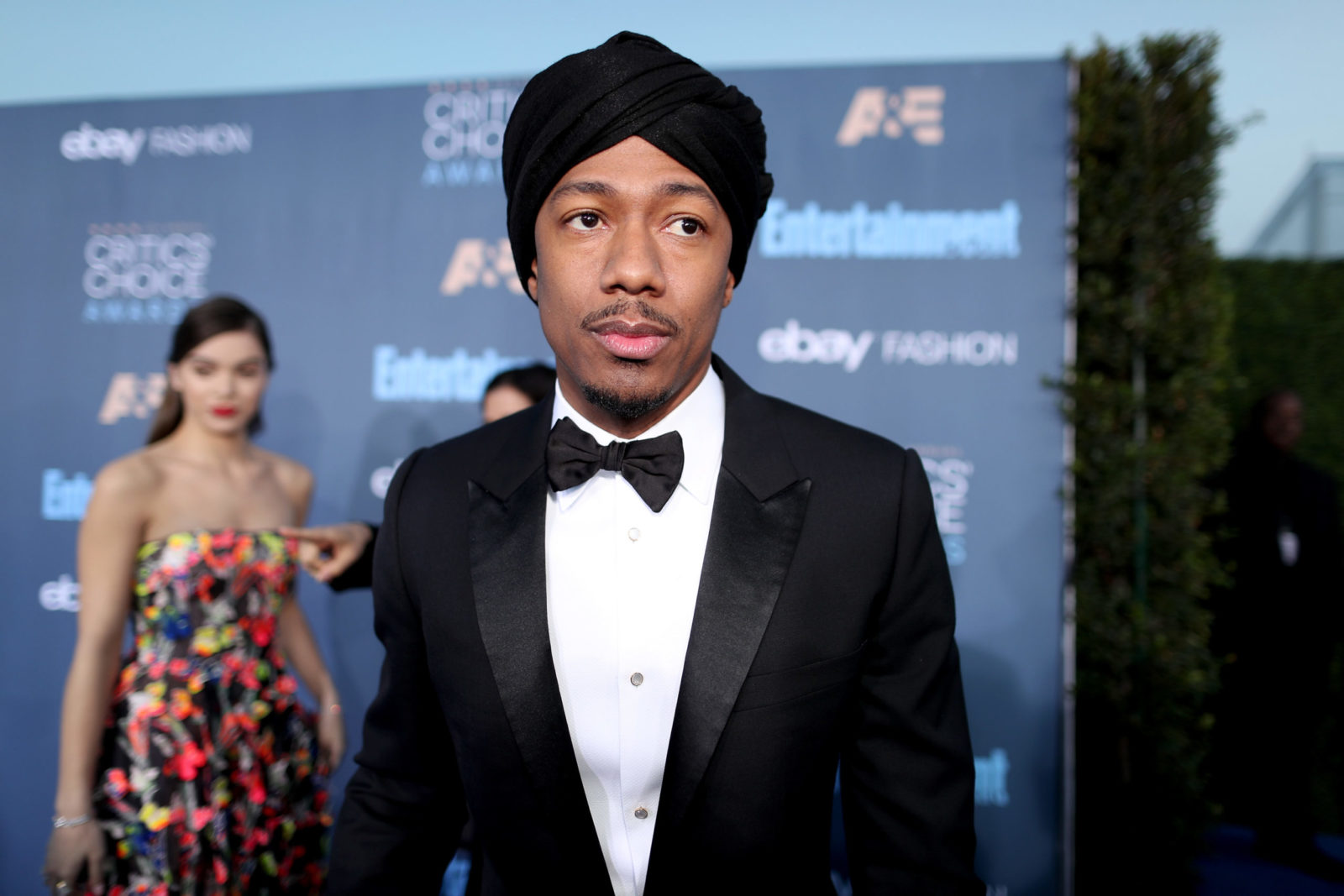 Nick Cannon is considered a jack of all trades in the entertainment industry. From a young age, he’s flexed his muscles as a comedian, musician, TV host, actor, radio host, record producer, and entrepreneur. With massive success came money, power, and women. Always willing to take on new challenges, Cannon has dated numerous women throughout his 20-plus-year career. From famous singers like Mariah Carey to lesser-known models and actresses, Nick Cannon’s dating history is like a modern-day Greek epic of who’s who in the entertainment industry.

A Brief Background on Nick Cannon

Before getting into his illustrious dating history, we should talk a little about why we care so much about Nick Cannon’s personal life. While Cannon has spent a lot of time in the spotlight as an entertainer and producer, he’s also been somewhat of an enigma in the Hollywood sphere.

Unapologetically outspoken to his core, Cannon has never shied away from speaking his mind—and he’s had multiple platforms to do just that. Most notably, his podcast Cannon’s Class on YouTube has sparked a great deal of controversy. Contentious guests like Kanye West certainly haven’t helped improve that image.

Neither did the markedly anti-Semitic remarks Cannon made during the June 30 episode of his podcast. After the episode went viral, Viacom decided to abruptly terminate its partnership with Cannon and he was fired from his show, Wild ‘n Out.

Of course, Cannon is no stranger to controversy. Prior to this most recent incident, he also received some pointed criticism from other celebrities over other controversial opinions and his decision to start wearing bejeweled turbans of different colors as fashion accessories at red carpet events and while performing his hosting duties.

He served as the animated host of the hit talent show series, America’s Got Talent, for eight seasons (Seasons 4 to 11). After he made some apparently disparaging comments about NBC in one of his comedy routines, it was rumored that the network was planning to fire the 37-year-old comedian. Wanting to keep his pride intact, Cannon decided to leave the show before they had the chance to fire him.

As you can imagine, Cannon’s dating life has been just as rewarding and turbulent as his professional life.

When covering Nick Cannon’s dating history, one star does outshine them all: Mariah Carey. The five-time Grammy Award winner is arguably Cannon’s most notable and longest relationship. Considering that he openly admitted she’s the only woman he’s been with that he’d marry again, it’s probably safe to assume that Mariah Carey is the one who got away.

The pair were married from 2008 to 2016 and have two children together, fraternal twins named Monroe and Moroccan Scott. Fans were shocked to hear of the famous couple’s split amid rampant rumors that Cannon was cheating on Carey with numerous other women and that he was constantly away from his family working. 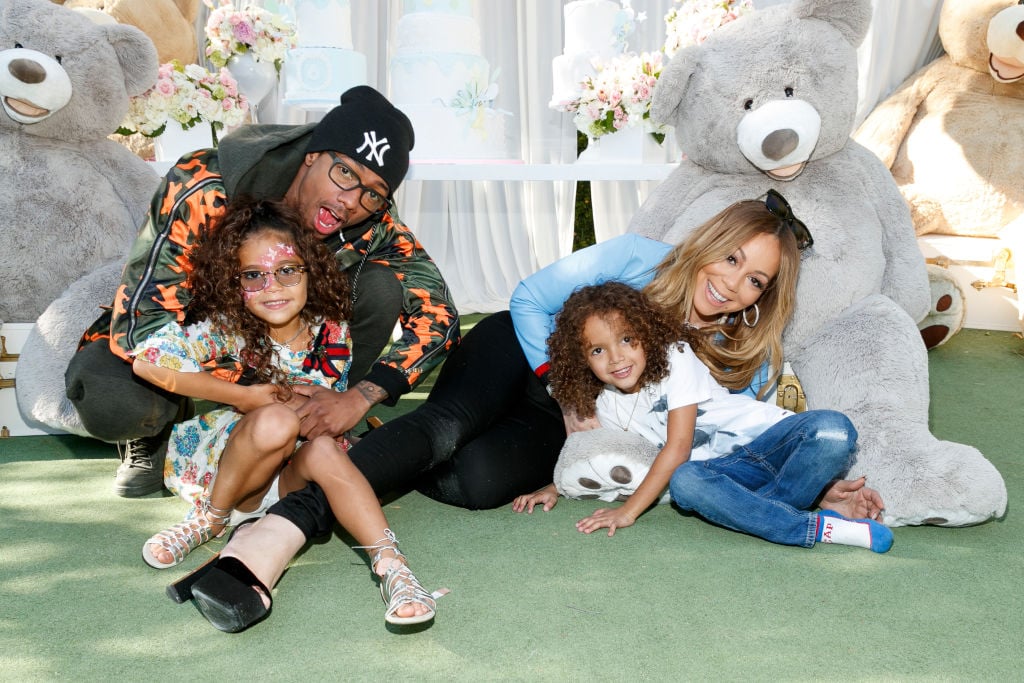 Cannon vehemently denied the cheating rumors and claimed that the reason for their breakup was that their relationship stalled and they weren’t growing together as a couple. The breakup appears to be amicable, as Cannon has referred to Carey as a “Queen” on numerous occasions.

Although Nick Cannon’s kids primarily live with Carey, he is reportedly a great father and loves them dearly.

A good read: Social Media Star Zaywoah Dead: Who Is He?

Before Mariah, Cannon was engaged to Victoria’s Secret model and Cayman Islands native Selita Ebanks. Yes, she almost became Nick Cannon’s wife! Cannon and Ebanks were engaged for about five months before calling their relationship quits. Cannon elaborately proposed to Ebanks in the middle of Times Square using a jumbotron.

A representative for Ebanks told People in 2007 that “Selita and Nick are taking a break to focus on their careers but still love each other very much and remain the best of friends.” The couple never did end up getting back together, though.

One thing’s for sure—Cannon definitely has a penchant for dating pretty women. He had a brief fling with Chamorro model and beauty queen, Brittany Bell. Their son, Golden Cannon, was born in February 2017.

Summer 2020 saw an announcement from Bell that Golden would soon become a big brother. She shared the exciting news in an adorable Instagram post.

The caption read: “And now you know. We are so happy.”

Bell’s comments were full of congratulatory messages for both her and Nick, and she didn’t exactly correct followers’ suspicions regarding her unborn baby’s paternity.

One user wrote, “And we are certain Nick is thrilled?! Lol congrats professional baby momma!” to which she snarkily replied, “We are certain you can get off my page.”

Nick has yet to confirm or deny that he is the father of Bell’s second child-to-be.

Cannon and the 39-year-old reality star only dated briefly from September 2006 until January 2007.  During a 2014 interview with The Insider, Cannon confirmed that the two had a brief fling while also admitting to sleeping with several other famous women.

In 2003, Cannon starred in the romantic comedy Love Don’t Cost a Thing alongside singer and actress, Christina Milian. It wasn’t long before the costars started dating. They were together for a few years, from 2003 to 2005.

Following their very public breakup, Milian went on to release a string of chart-topping hits that were clearly about an unfaithful lover. Although fans were able to put the pieces together, she didn’t confirm or deny that the songs were about Cannon until a 2019 interview where she talked about their relationship.

The Falling Inn Love star said that she suspected Cannon was cheating on her while they were dating. She decided to hack into his phone and do a little investigative work. She claims she found a bunch of incriminating text messages between Cannon and other women, leaving her feeling heartbroken that she had to break up with her first love.

Cannon claims that the two were never officially or exclusively dating and therefore he didn’t think he “did anything wrong” at the time.

Cannon also briefly dated game show host model and photographer Lanisha Cole in 2017. The hot and heavy romance was short-lived, but the breakup was apparently amicable, according to a lengthy Instagram post on Cole’s account. The reason behind the split is unclear.

We can’t leave his current co-star off the list of Nick Cannon’s dating history!

Famous for performing with the female musical group, The Pussycat Dolls, Nicole Scherzinger currently serves as a judge on the American version of The Masked Singer, which is likely the scene of a few awkward conversations. Cannon has been hosting the show for three seasons. In the same interview where he admitted to sleeping with Kim Kardashian, he also claimed that he had a brief fling with Scherzinger.

Multiple reports suggest the two dated from 1999 to 2000, though Scherzinger has never confirmed their romance.

Model Jessica White is the most recent romantic interest that we know of in Nick Cannon’s dating history.

Cannon and White have reportedly been dating on and off since 2015. Since Cannon was still technically married to Mariah Carey when they started dating, the couple decided to keep their relationship on the down-low. Despite claiming to be desperately in love, they reportedly broke up in 2016.

Following their breakup, Cannon released a song about their relationship called “Jessica,” in which he described intimate details about their sex life. It suffices to say she was not happy about this.

Rumors of their possible reconciliation and renewed romance started to come up again in 2018, when the model wished Cannon a happy birthday in a heartfelt Instagram post. Adding fuel to the fire, the pair were spotted cozying up together at the 2019 D.C. Jazz Festival in Washington.

While they were dating, Cannon’s third child with his ex-girlfriend, Brittany Bell, was born in 2017. White didn’t seem to have a problem with the fact that Cannon allegedly has a second baby on the way with Bell, either.

In response to a follower who asked her thoughts on Cannon and Bell’s apparent impending arrival, she explained, “Their child was conceived when we had temporarily broken up. Any child is a blessing.”

#NickCannon’s girlfriend #JessicaWhite responds to a fan who asked how she felt about her man expecting another baby with his son’s mother, #BrittanyBell.

White also refuted any formal relationship between Bell and Cannon, stating, “I am no home wrecker at all. Nick was a free man at that time and can be with whoever he so chooses and for years that person has always been me. That is between him and Britney I support him through thick and thin as he does the same for me. [sic]”

Two months later, however, she confirmed that her and Cannon’s relationship is very much off again.

“Someone who values you, wouldn’t ever put themselves in a position to lose you,” White shared in a now-deleted Instagram post.

She added, “I’m so blessed, I’m whole, and ready to embrace a single life free from all baggage, I wish nothing but the best for @nickcannon But truly excited for the next chapter in my life. Someone tag Brad Pitt and let him know I’m single and momma has an abundance of pure love to give! Hahahahaha.”

White has since deleted all traces of Cannon from her social media account.

For now, it remains to be seen if this pair will find themselves on-again again.