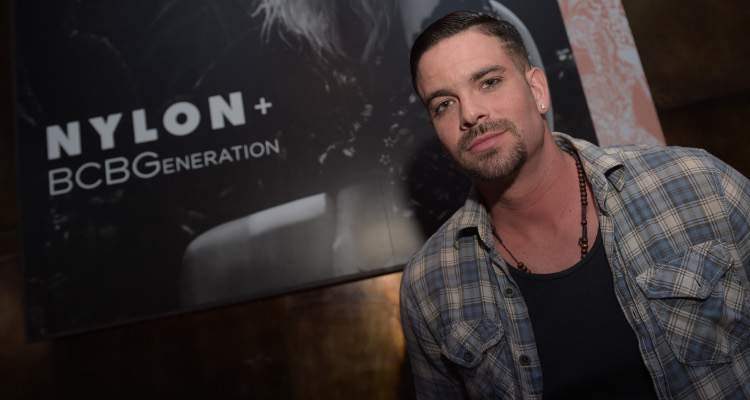 Mark Salling from Glee, who played the troublesome character of Puck, is dead at 35. The actor was found dead near his home in Tujunga on the morning of Tuesday, January 30, 2018. His lawyer has released a statement regarding the same.

The death of Mark Salling is being passed as a suicide by some sources. However, his lawyer has denied this.

Salling was arrested for indulging in child pornography after officials received a tip claiming that the actor had hundreds of images on his computer.

The actor plead guilty by the end of 2017 and was facing seven years in prison. But before the judgment could be passed, Mark Salling’s dead body was found.

Nevertheless, Salling had earned the wrath of many a woman since his arrest. And since the news of his death, many are looking into his past to see who the star has been connected to.

Here’s more on Mark Salling’s dating timeline and a brief history of each of the women he dated.

The Hills starlet reportedly hooked up with Glee’s bad boy way back in 2009. Audrina Patridge was in the off-phase of her on-off relationship with Corey Bohan at the time.

The two reportedly got cozy with each other at a Hollywood party and left together. They were spotted together a few times, but their romance rumors soon fizzled out.

But in September 2017, Patridge filed for divorce and a restraining order citing abuse from Bohan. She has reportedly reconnected with her ex, Justin Bobby.

Salling dated his co-star, Naya Rivera (who played Santana on Glee), on and off for three years before they broke up for good in 2010. At that time, Rivera didn’t take being dumped abruptly so well.

In her memoir, Sorry Not Sorry: Dreams, Mistakes, and Growing Up, Rivera said that she was young and naive when she dated Salling. She said he dumped her and dated other women when his publicist advised him that keeping a single image could advance his career.

A scorned Naya reportedly egged his car in sweet revenge! Whether that is true or not, Rivera truly believes she dodged a bullet with Salling.

Roxanne Gorzela, who went by Roxanne Dawn, was a DJ and a Playboy model. She sued Salling for sexual battery in 2011, claiming the actor had forced unprotected sex on her.

Among her many claims, Dawn said that she found Salling cheating on her with another woman. He also reportedly pushed her to the ground when she asked if he had any STDs, causing her to hit her head.

Their argument escalated when Salling sued her for defamation and denied the charges. They settled the matter out of court, which cost Salling dearly.

In 2011, the actor briefly dated Filipina-French actress and VJ, Solenn Heussaff. But it was a short-lived and uneventful romance.

Salling then moved on with Nickelodeon star, Denyse Tontz, who was 19 at the time while Salling was 31.

Salling pleaded guilty to the charges on October 4. He was registered as a sex offender and was to enter a treatment program. Additionally, he was ordered not to have any verbal or electronic contact with anyone under the age of 18, and to stay away from areas populated by children.

According to court documents, he was ordered to pay $50,000 in restitution to each victim.

Mark Salling’s attorney, Michael Proctor stated, “I can confirm that Mark Salling passed away early this morning. Mark was a gentle and loving person, a person of great creativity, who was doing his best to atone for some serious mistakes and errors of judgment.”