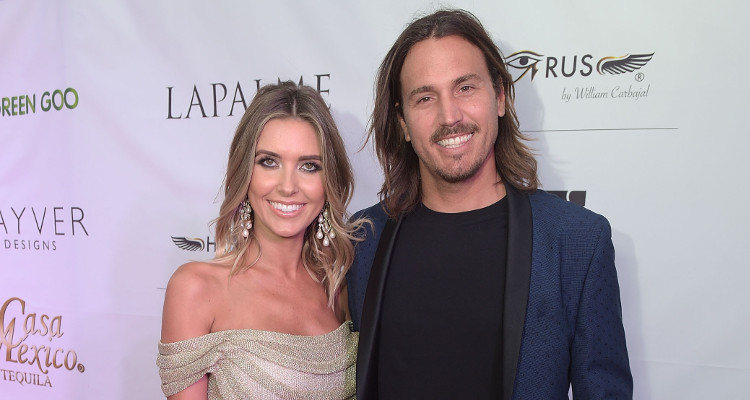 BMX biker Corey Bohan’s wife, Audrina Patridge filed for divorce, as well as a temporary restraining order and a child abduction prevention order. With Audrina Patridge’s net worth of $5.0 million, she is more than financially able to care for their daughter, Kirra Max. Find out what happened between the two in our Audrina Patridge wiki.

It was reported that Corey Bohan and Audrina Patridge are getting a divorce because of Bohan’s alleged domestic violence incident. Along with a restraining order, Patridge filed for a temporary child abduction prevention order to protect the couple’s one-year-old, Kirra Max.

The two have been together for almost 10 years now, but within a year of tying the knot, they decided to split up. In the documents, Patridge revealed, “I am fearful of [Corey’s] temper because he cannot control his swearing and personal attacks on me, even when in the presence of our young daughter.” Though Audrina is okay physically, a source says that she is “devastated.” Find out everything you need to know from Audrina Patridge’s wiki, right here.

She was born in Los Angeles, California to Lynn and Mark Patridge, on May 9, 1985, making Audrina Cathleen Patridge’s age 32. She has three siblings, Samantha, Mark, and Casey, who are all younger than her. The Patridge kids were raised in Yorba Linda, California, and have English, Italian, Polish, Belgian, and German heritage.

Audrina graduated from El Dorado High School in California, and was 18 years old when she signed up with a management company in L.A. She was dedicated to the arts, so took up acting and drama classes. The 5’7” model is best known for her work in the hit MTV reality show, The Hills.

She began her acting career when she was 21 with the MTV-developed reality show The Hills. Though she wasn’t originally the focus of the show, Patridge’s storylines soon increased, as fans could not get enough of her. She, along with co-stars Lauren Conrad, Heidi Montag, and Whitney Port, were regulars all six seasons until the series ended in 2010.

Though she wanted to leave The Hills at the end of 2009 to film her own reality show, Patridge signed on for the sixth season. She put filming for her first solo gig on hold, and Audrina aired its first (and only) season in 2011 on VH1.

The disappointing ratings forced producers to shut the show down after only 10 episodes. At the time, ratings and viewership were going to reality shows like Keeping Up with the Kardashians. But the ball already started rolling for Patridge in Hollywood, as she already had minor roles in smaller movies. She had a role in the straight-to-DVD film Into the Blue 2: The Reef, which was released in 2009.

Patridge moved on to have roles in movies like Sorority Row and she competed on Dancing with the Stars season 11, where she placed seventh.

It’s been about 9 months since I started wearing the @avawomen bracelet to sleep every night, although this started as an #ad I am completely obsessed! Ava helps me track my cycle by monitoring my sleep (or lack thereof), stress level, other health factors, and it even shows my my 5 most fertile days in real-time. Wearing Ava has helped me see the connection between where I’m at in my cycle and pancake cravings, low energy, and even glowing skin. Whether you’re currently trying to get pregnant or just want better insight into your body, use code AUDRINA for $20 off so you can start tracking your cycle with me! ☺️ #avawomen #avabracelet​ (for those of you asking my sweater is by @whitefoxboutique)

Audrina Patridge began dating Corey Bohan almost 10 years ago. The two had an on-again-off-again relationship, evening publicly splitting up in 2011 on Audrina. But it wasn’t long before she was talking about getting back together with the biker. The couple got engaged in 2015 and tied the knot in 2016, with an intimate gathering of 100 of their friends and family in Hawaii. Patridge’s wedding ceremony was a very private and beautiful affair. Her daughter, Kirra Max, was four months old when she attended her parents’ wedding.

Happy Father's Day to the best dad!!…. Anyone who knows my dad loves him! He has the biggest heart, loves cars & football, smartest man I know, always answers his phone no matter what, is always in a good mood and fun to be around….. I could go on n on n on. He's just the best dad anyone could ever ask for and I'm so thankful for him! #myhero

After a tumultuous decade together, the couple decided to split up. Though it is a difficult time for Patridge, she has the support of her family who will always be there for her and Kirra.

Audrina Patridge has seen some success in her career. She endorses products like Ava bracelets, that calculate sleep cycles. If you take a look at Audrina Patridge’s Instagram, you will see her promoting the various other brands she endorses. She also has a swimwear company, Prey Swim, is currently working on the new line. It is estimated that Audrina’s net worth is $5.0 million, and her 2015 home in Hollywood Hills was estimated to be worth $1,575,000.