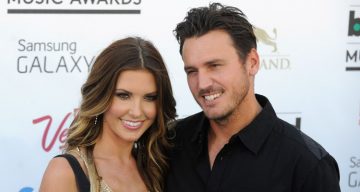 Audrina Patridge and Corey Bohan’s marriage is over! The Hills alum filed for a restraining order against the BMX biker. Bohan is not a reality star but his successful BMX career has earned him a net worth of $2.0 million.

The drama has seemingly followed Audrina Patridge outside of reality TV, with the recent news of her divorce from Corey Bohan. Audrina Patridge’s husband, now ex-husband, was reportedly abusive to her during their brief marriage. Along with a divorce, Patridge has filed for a restraining order against him and has also filed for a child abduction prevention order. Here’s a timeline of their relationship in Corey Bohan’s wiki.

Corey Bohan Is a BMX Rider from Australia

Born in Brisbane, Queensland, on January 15, 1982, the Australian native is professional motorcycle rider and BMX dirt bike rider. He made a name for himself in the extreme sports world and has earned a net worth of $2.0 million. Patridge’s modeling, acting, and reality TV status has earned her $5.0 million.

Bohan had several podium finishes in the X Games and Planet X. He made X Games history by becoming the first rider to win BMX Dirt three years in a row. Sponsors lined up to sign this athlete, including Red Bull, who signed him in 2012 to do an adventure biking series called “Wizard of Aus” on their YouTube channel.

He Was on The Hills

From extreme sports, Bohan became a TV personality thanks to his many appearances on The Hills. The Laguna Beach spin-off that launched Patridge’s career became the starting point of Bohan’s reality TV fame. He went to join the main cast of Patridge’s eponymous reality series, Audrina on VH1 with fellow dirt biker, Kyle Loza who was married to Patridge’s sister, Casey.

He also had the focus on himself in specials like the documentary, Focus: What Drives the World’s Top Athletes and The Daily Habit. He made his acting debut with the BMX-centric movie, Justify.

Bohan and Patridge Had an On-Off Relationship

Bohan and Patridge began their tumultuous relationship in 2008 with the Aussie even making a few appearances on The Hills. Just when we thought they were getting pretty serious, they called it quits in 2009 only for them to get cozy again together in Las Vegas, eight months after their first breakup.

Their strained relationship was on display in 2011’s Audrina, where they had a very dramatic split. They split during filming and by the time the series premiered, Patridge was already in a new romance with polo player, Nic Roldan. During the series premiere, she expressed her thoughts on the breakup saying, “It was a long time coming. Enough is enough.”

But a few months later, she broke up with Roldan to rekindle her romance with Bohan, again! That lasted a brief second because they split again when Bohan was arrested for public intoxication in 2011.

Bohan and Patridge Have a Daughter

In 2014, this volatile couple was spotted together again revealing that they dated on and off over the years. According to Patridge, leaving TV behind helped their relationship. “Filming a reality show really takes a toll on relationships because your mindset is to create good TV,” explained Patridge. “It’s hard on relationships, so after the show, Corey and I really worked on what was going on with us. We spent time together.”

In 2015, with Patridge’s father’s permission, Bohan took his girlfriend to Summit House in Orange County, her family hiding in wait. Instead of the cheesecake they ordered for dessert, the waiter arrived with a silver platter and removed the silver cloche to reveal the ring in a box! The couple was confirmed to be engaged and a few months later, announced they were expecting their first child together.

Their daughter, Kirra Max Bohan, was born in June 2016. When little Kirra was four months old, her parents tied the knot in a Boho-chic themed ceremony in Hawaii with around 100 guests in attendance.

Bohan and Patridge’s marital bliss was short-lived when news of their separation surfaced. She sought a temporary restraining order against him on September 18 before filing for divorce on September 20. A month before their divorce news, the family of three looked pretty happy in Patridge’s Instagram post.

Patridge, who is busy with her swimwear line, claimed her ex has become “increasingly possessive, angry, agitated and jealous” over her packed schedule. According to the documents filed for protection for herself and Kirra, she said that he became aggressive when she didn’t have time for him. She detailed his behavior saying he was abusive in front of their daughter.