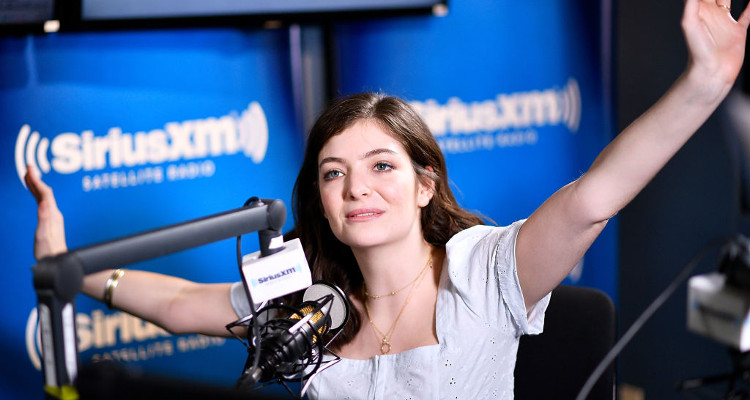 Lorde just dropped her sophomore album and has given birth to a new conspiracy theory. Can someone this young be so amazing? We’re reviewing Lorde’s new album, Melodrama and her deep lyrics.

Music prodigy, Lorde debuted at 16 with Pure Heroine and is now here with her follow-up album, Melodrama. It’s only been a few hours since it was released and we can’t get enough of her lyrics! There’s a conspiracy theory going around that Lorde is a young music prodigy because no one can believe she can produce such deep lyrical content and addictive tunes at her age. Perhaps there’s some truth to that theory. Give a listen to Lorde’s Melodrama and her best tracks, you’ll see exactly what we mean.

Hottest Album of the Year

If pop music aficionados aren’t listening to Lorde right now, you’re missing out on potentially the best pop album of the year! At 16, she brought us Pure Heroine and we were left in awe at her mature musical style. She was dubbed an “old soul,” but there was still that youthfulness about her.

Now, as a young woman of 20 years, adulthood seems to have merged with her talent. She spent four years discovering the sound of a 20-something girl. Her lyrics come from her experience transitioning from a teen singer who found overnight stardom, to a woman who has gone through things like relationships and heartbreak. But she still keeps Melodrama light and fun, perfect for lifting the mood or simply satisfying the need for a great song.

The album contains 11 tracks composed by Lorde. Honestly, we can’t decide which ones are the best ones, but we’ve compiled a list of the latest tracks that are worth listening to first.

The song is about the moment you meet someone at a party and an explosive night follows. She debuted the song at 2017’s Coachella Music Festival and it already felt like the catchiest song on the album! “Our rules, our dreams, we’re blind/ Blowing s**t up with homemade d-d-d-dynamite,” she croons to a house beat.

Some of her lyrics might sound a little funny, reflective of the state most are in at the end of a wild night. About this melancholic dance-worthy track, Lorde says that it sits in that category “where everything is good.”

This is the Taylor Swift-ian track on the album, as in, it’s written on an ex-boyfriend Lorde broke up with in 2015. “Hard feelings/ These are what they call hard feelings of love/ When the sweet words and fevers all leave us right here in the cold/ Alone with the hard feelings of love/ God I wish I believed ya when you told me this was my home.”

Relatable? It’s about the rush of emotions felt after a breakup, and it’s painfully accurate. It also appears to explore the current generation that gets over heartbreak by acting out and proclaims it is a “L.O.V.E.L.E.S.S. Generation.”

“Writer in the Dark”

As the album progresses, the 2015 breakup continues to provide fodder for more songs like “Writer in the Dark.” With lines like, “Bet you rue the day you kissed a writer in the dark,” the song is deep and sends a warning; Break a writer’s heart and your entire relationship will be chronicled in a song.

As she sings, “Stood on my chest and kept me down/ Hated hearing my name on the lips of a crowd/ Did my best to exist just for you” we get an idea about the jealous ex-boyfriend, but more than anything, it’s her voice that makes you want to listen to this song on repeat.

We recommend you give a listen to Lorde’s album, Melodrama now. Stream it on  iTunes or Spotify and watch the album’s first single, “Green Light” below!