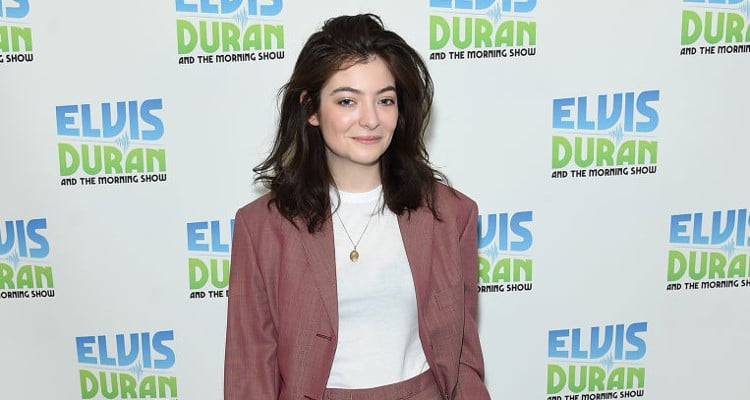 Young love does not always last, especially when it comes to young celebrity relationships. The same is the case for New Zealand singer Lorde. Who is Lorde dating? Find out more about Lorde’s boyfriend in 2017 right here.

Currently, singer Lorde is in the news because of the criticism she faced for her Saturday Night Live performance. Instead of keeping quiet, Lorde decided to hit back, posting on Facebook, “One day I will do a normal dance, choreographed by a nice person and I will look more like your other favourite performers – but we have not yet reached that day.”

On Saturday Night Live, she performed her new singles “Green Light” and “Liability.” Both will be featured on her second upcoming album Melodrama which will be released on June 16, 2017.

A lot of celebrities prefer to keep their relationship away from the paparazzi in order to maintain their privacy. But there are others who do not shy away from the cameras, or from speaking about their significant others in interviews. With the spotlight on Lorde, people want to know more about the singer’s love life. Who is Lorde dating? We have details about Lorde’s dating timeline and her known boyfriends list.

The 20-year-old artist has only been in one documented relationship. She started dating James Lowe back in 2013. He was a victim of cyberbullying after it was reported that Lorde called the One Direction boys “ugly.” Fans of the British boy band took to social media and insulted Lorde’s then-boyfriend on his looks and ethnicity. James is a photographer and he has his own web site which showcases his work.

James Lowe dated Lorde for three years before ending their relationship in 2015. Their split was noted once fans of the “Team” singer saw that she had stopped posted pictures of James on social media. Some reports stated that Lowe could not bear all the media attention and fame he received because of his famous girlfriend.

James even wrote a blog post about dating Lorde, in which he did not sound too happy, “My life is probably a lot different now, but it feels normal on the inside. Jared Leto said that fame doesn’t change you, it changes everyone around you. While I’m not the centre of attention here (and f***, the times I have, it’s never been fun), I do become aware of the people around me and their transparency. They fail to hide it.”

As far as we know, Lorde has only been in a relationship with James Lowe. For now, the singer is concentrating on her career and the release of her eagerly anticipated sophomore album.