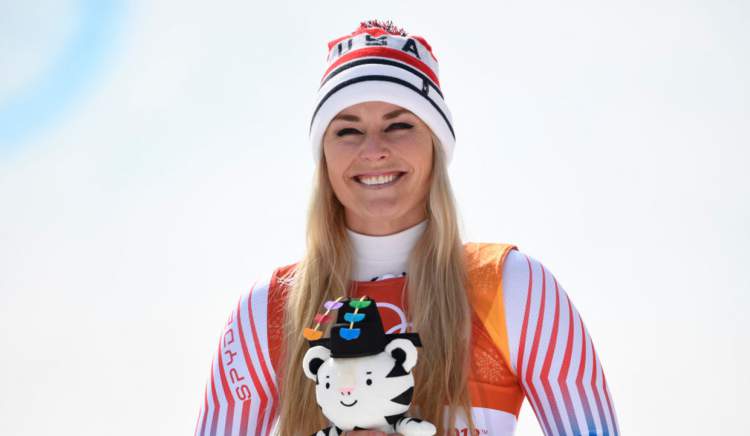 Lindsey Vonn made America proud by finishing third in downhill skiing at the Pyeongchang Winter Games 2018. However, her fans are still curious about why she split from Tiger Woods. While Vonn says that the time spent apart was the reason, others say it was because Woods cheated on her. So, why did Lindsey Vonn break up with Tiger Woods? Keep reading to find out!

Lindsey Vonn, one of the best downhill skiers of all time, proved her worth once again by winning the bronze medal at the Pyeongchang Winter Olympics 2018. She took home the third Olympic medal of her career.

A very emotional Vonn spoke about her grandfather, who passed away in November 2017, and said, “I worked my butt off…I’m really proud of my medal and I know he is too.”

Vonn also revealed that this would be her last Olympic Games.

Lindsey Vonn was involved with golf legend Tiger Woods a few years ago, and people still think about their split. Some even want to know if they are still together. They often wonder why Lindsey Vonn broke up with Tiger Woods, and how long they dated.

Vonn and Woods split up back in May 2014. So, what happened to Lindsey Vonn and Tiger Woods?

According to sources, the couple split up over claims that Woods was cheating on Vonn.

Too Close for Comfort

Vonn maintains that her relationship with Woods failed partly because she rushed into it after her divorce from Thomas Vonn in January 2013.

Back in November 2015, Vonn told the New York Times, “Thomas was really my first boyfriend, so I didn’t have a lot of dating experience. So jumping into a relationship right away after getting a divorce was probably not the smartest move on my part.”

However, Vonn does not feel that her relationship with Woods was a mistake and said, “I don’t regret anything. I loved Tiger, and I had an amazing three years with him. But it was a learning experience as well. With every relationship, you learn what you need and what you want in a partner.”

Distance Is a Curse

Vonn also feels that the relationship failed because they were spending too much time apart. She added that they both led incredibly hectic lives, which forced them to spend the majority of their time apart.

Did Woods Cheat on Vonn?

Some people claim that Vonn left Woods because she couldn’t forgive him for cheating on her. They speculated that Woods confessed to Vonn about his affairs and came clean, but she could not accept it.

Despite Woods going for therapy to solve his supposed “sex addiction,” the skier is no longer with him. Today, the two are busy leading separate lives.

While Lindsey Vonn achieved glory at the Winter Olympics 2018, Tiger Woods is having a happy time hanging out with his new girlfriend, Erica Herman.