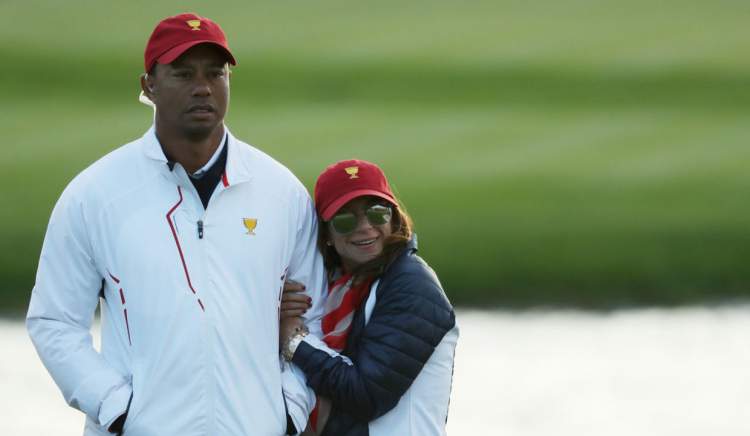 When Erica Herman was first seen in public with golfing superstar Tiger Woods, some said many nasty things about her. She was called a “gold digger” and an “opportunist” as well. Herman took it all in stride and supported Woods when he needed it the most. She had a career in hospitality management and seems to be a lucky mascot for Woods as he makes his comeback in golf.

When golfing legend Tiger Woods won his fifth Masters, and 15th major championship, on Sunday (April 14), everybody cheered. But no one cheered louder than the woman who gets to call herself Tiger Woods’ girlfriend.

Her name is Erica Herman, and people are curious to know more about her. So, we’ve got Erica Herman’s wiki for more on the woman by Tiger Woods’ side.

Who Is Erica Herman?

Born Erica Fallon Herman on February 15, 1984, she hails from Riviera Beach, Florida. She reportedly grew up in Florida with her older brother.

After completing her high school studies, Herman reportedly obtained a bachelor’s degree from the University of Central Florida in Orlando, Florida.

Erica Herman Was the Manager of Woods’ Sport Bar

In 2017, Erica Herman was a general manager for a few months at Woods’ restaurant in Florida, The Woods Jupiter. Now, she is Woods’ girlfriend, and the woman who’s been increasingly seen by his side both on and off the green.

Earlier, Herman was a manager at the Aura Bar & Restaurant in Orlando, Florida.

She Was labeled a “Gold Digger”

Woods’ romance with Herman was made public in 2017, and since then, Herman has been called both a “gold-digger” and a “big partier” by several uncharitable people, including those who’ve known her for a while.

Some who know her even claimed that Herman had been hoping to date Woods for almost a decade.

Tabloid sources said, “Erica’s been chasing Tiger around like a puppy for close to 10 years. I’m not sure if his wife knew, but I’m not sure how she couldn’t know. I can’t believe Tiger is out with her in public now.”

Herman had worked in the hospitality industry and had presumably met Woods on several occasions earlier, specifically when she was working at his restaurant.

She stopped working at Woods’ restaurant in February 2018.

Tiger Woods’ Kids Have a Close Relationship with Erica

Herman has not only gotten close to Woods, but she has also been able to develop a good relationship with his children from his marriage to Elin Nordegren, Sam Woods and Charlie Woods.

In December 2017, she accompanied Woods and his two kids to the Bahamas for a holiday trip. She has also been seen with them at several sports events like the U.S. Open in September 2017.

She Stood by Tiger Woods’ Side during His Troubles

When Woods was arrested for a DUI in May 2017, she gave him all the support he needed to get back on track. She even accompanied him to an October court appearance for the incident in Palm Beach Gardens, Florida, where Woods pleaded guilty to reckless driving after being found asleep in his car.

Also Read: Why Did Lindsey Vonn Break up with Tiger Woods?

Before she became Woods’ girlfriend, Herman was reported to be in a relationship with Jesse Newton. Newton is reportedly the president and CEO of Jin & Tonic Hospitality Group and works out of Orlando, Florida.

Herman, Newton, and another person were reportedly business partners. They received a $200,000 investment to set up a chain of nightclubs. The plan, however, failed and Herman and her partners had to pay their debts to their investor.