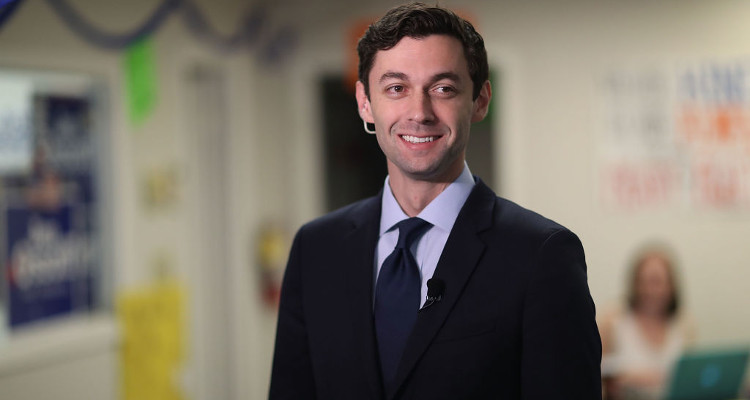 The race to represent Georgia’s Sixth Congressional District had become a two-horse race with Jon Ossoff having a slight initial lead over his Republican rival. This election had national ramifications, as some observers were considering it to be a reflection of President Trump’s performance in the White House. However, Ossoff lost the election to Republican Karen Handel despite him and his supporters putting up a brave fight. Ossoff is a young and idealistic politician, well qualified, and still a viable Democrat.

The electoral contest between Democrat Jon Ossoff and Republican Karen Handel for the opportunity to represent Georgia’s Sixth District was intense. It  attracted national attention, which is unusual for an election like this where the issues are local and not national. According to polls conducted by SurveyUSA, Ossoff opened with a seven-point lead over Handel and was leading 51-44. About 6% of the voters were undecided. However, the Jon Ossoff and Karen Handel polls were not the final word in this election, because the voters were still making up their minds. According to reports, Jon Ossoff lost to Handel by a score of 48.1% to 51.9% of the votes. Keep reading for some details from Jon Ossoff’s wiki, right here.

Born on February 16, 1987 in Atlanta, Georgia, Jon Ossoff is just 30 years old and already a recognized Democrat and more. His mother, Heather Fenton, co-founded NewPower PAC (an organization that works to elect women to local offices across Georgia), while his father owns a specialist publishing company. Ossoff was raised Jewish and attended the Paideia School, a small private school in Atlanta. He earned a bachelors degree from the School of Foreign Service, Georgetown University, where he attended classes taken by former foreign service officials like Madeleine Albright and Michael Oren. Ossoff earned a Master of Science degree from the London School of Economics in 2013, where he wrote his thesis on the trade relations between the U.S. and China.

This Local Election Had National Ramifications

Ossoff worked for five years as a national security staffer and aide to Rep. Hank Johnson, where he drafted and managed legislative initiatives. He is also the managing partner and CEO of Insight TWI, a firm that produces investigations targeting corrupt officials and organized crime for international news organizations. He ran for Georgia’s Sixth Congressional District, a race that was watched closely by both Democrats and Republicans. Though it was not a reflection of President Donald Trump’s performance in the Oval Office, it was being viewed as such by many observers.

Jon Ossoff did not win. According to Associated Press, he lost to Handel in the most expensive US House race in history. In all, more than $50.0 million were spent in this contest to represent the suburban Atlanta district, and this has shattered all previous records. According to sources, Jon Ossoff’s spending exceeded $14.2 million on ad time, and another $8.0 million was spent on other costs. In all, Ossoff had raised more than $23.0 million since January 2017 which meant that he needed less backup from outside sources. This amount of funds raised by Ossoff is a record in itself, and he was backed by the Democratic Party. After the results came through, Ossoff was gracious in defeat and addressed his supporters. Jon Ossoff’s concession speech was simple, humble, and uplifting as he said that this defeat was not the end but the start of something bigger than him and everybody present. Ossoff thanked the community for their generous and unwavering support all through his campaign trail. He especially singled out his fiancee Alisha Kramer for her unconditional support and devotion to his duty.

Where Does Jon Ossoff Live?

Though Ossoff grew up in the Sixth District where his family still lives, as of the election, Ossoff lives about 1.5 miles outside the district’s boundaries. Due to this, he was unable to vote for himself in the primary. Even Trump made this an issue as he tweeted, “Democrat Jon Ossoff, who wants to raise your taxes to the highest level and is weak on crime or security, doesn’t even live in the district.” Ossoff had said that he lives in the neighboring Fourth District so that his fiancee, who is an Emory University medical student, can walk to the hospital where she works. He said that he wants to return to the Sixth District after she graduates from the medical school. Jon Ossoff’s fiancee’s name is Alisha Kramer, and the two have been together for over 12 years and now engaged.

Smart Kid on the Block

Jon Ossoff’s Instagram account is full of pictures of him giving speeches, meeting voters and volunteers of his campaign, talking to crowds, and visiting the district. People seem to warm up to Ossoff as he is seen as a man with a youthful vigor and new ideas. He has people of all races and communities supporting him, and the race appeared to be headed for a photo-finish. This contest between Jon Ossoff and Karen Handel might not exactly tell us the shape of things to come in the U.S. politics but Ossoff surely has a bright future ahead.