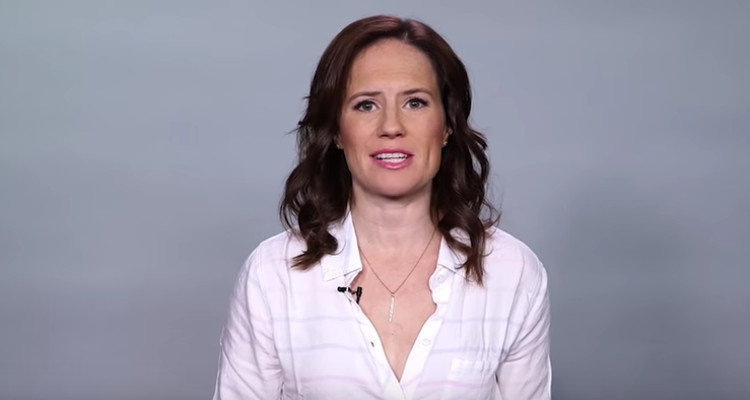 Maeve Reston is the person who brings precise and illuminating coverage of major and minor political events to CNN. With a modest net worth of $1.0 million and tons of intellectual capital, Reston is not holding back on what needs to be reported.

If you watch CNN, you surely know who Maeve Reston is. She is a national level political reporter, who played an active role in the televised (as well as digital reporting) of the 2016 United States presidential campaign. People are curious to know more about this incisive and sharp reporter, so we have some details from Maeve Reston’s wiki.

Maeve Reston was born on January 30, 1978 in Los Angeles, California, to Denise Leary and James Reston Jr. Her father is an author who wrote, The Lone Star, Warriors of God, Dogs of God, and Defenders of the Faith. Her mother works as a deputy general counsel for programming for NPR in Washington. Reston is also the grand daughter of James Reston Sr., a reputed New York Times journalist. Although she was born in Los Angeles, Reston was raised in Washington D.C. After completing high school, she went to Cornell University, where she completed her bachelor’s degree in English.

A Talent for Covering Politics

In 2004, Reston was working as a reporter for the Pittsburgh Post-Gazette, where she covered the 2004 presidential campaign. She also worked for the Austin American-Statesman newspaper, where her responsibility was to write on education and the Texas Legislature. Later, she started working for the Los Angeles Times, where she covered politics at the local, state, and national levels. She was widely appreciated for her reporting on the 2008 and 2012 presidential elections. At Maeve Reston’s age of 39, it is clear to the public and her employers that she has a special skill in covering politics.

The kind of #trail I'd rather be following right now #tbt

According to sources, the reporter is happily married. Maeve Reston’s husband is Matthew Thomas Byrne, and the two tied the knot nine years ago. Their wedding was on June 13, 2009 in Malibu, California at the Adamson House, and was officiated by an Episcopal priest. Byrne is a publication assistant for screenwriter, John August. He graduated from Tulane and received a Master of Fine Arts degree in motion picture producing from the University of Southern California.

There is not much information about Reston’s children, but we know she has a baby girl named Lila Grace. It is obvious that she keeps herself fit, and can handle the pressures of her work while maintaining a happy home life. Reston’s net worth is estimated to be a modest $1.0 million. That is a big achievement, and every cent of that $1.0 million is from her hard work and dedication.

Right now, Maeve Reston is in a very exciting phase of her career. She writes regularly for CNN on important topics like the women’s movement, politics, crime, as well as Hollywood and its political stance. Her stories are well researched and extremely well written. However, Reston makes sure to take some time for herself. Maeve Reston’s Instagram account shows her and her cute daughter, as well as her husband, as they travel and spend time together. There is no doubt that Maeve Reston is a lady of substance.