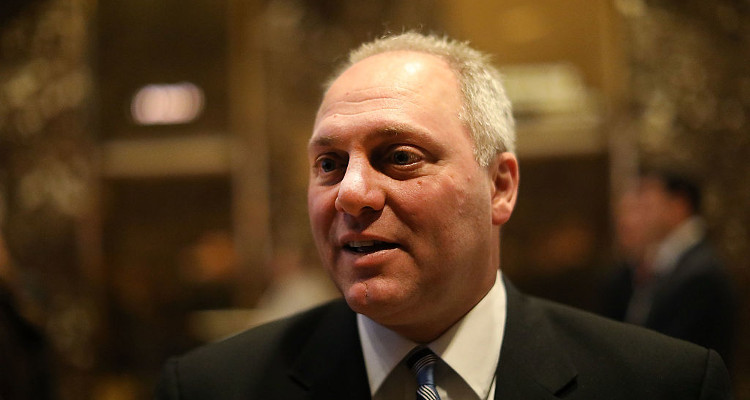 The day started out just like any other for majority whip Steve Scalise, but things rapidly went downhill. He was shot in the hip by a gunman with a rifle while at a congressional baseball practice. Scalise is currently reported to be in a stable condition.

The current U.S. House of Representatives majority whip, Steve Scalise was shot in the hip, and an aide was shot in the chest by a gunman in Virginia on Wednesday (June 14) morning. The gunman opened fire with a rifle while they were at a Congressional baseball practice.

A witness said that Scalise was shot in the hip and was “dragging his body” to get away from the shooter. According to the latest reports, Scalise is in stable condition. The latest reports state that though the shooter was in critical condition after being shot by police, he has now succumbed to his injuries and has died.

The news that Steve Scalise’s shot has spread like wildfire, and people are shocked. Keep reading for some details from our Steve Scalise wiki, right here.

Who is Steve Scalise?

Steve Scalise is the current majority whip and served as a representative for Louisiana’s First Congressional District since 2008. Scalise is a member of the Republican Party and has served Louisiana in different capacities over the years. He was born on October 6, 1965 in New Orleans, Louisiana, which makes his age 51.

He studied at Archbishop Rummel High School in Jefferson Parish before earning a Bachelor of Science from Louisiana State University in Baton Rouge, where he majored in computer programming and minored in political science.

In politics, Scalise has been conservative. He supported President Donald Trump’s 2017 executive order to ban seven Muslim-majority countries entry into the U.S. He said at that time, “It’s very prudent to say, ‘Let’s be careful about who comes into our country to make sure that they are not terrorists.’”

In fact, Scalise continues to support Trump on most issues, including national security. Scalise holds conservative views on controversial issues like immigration, violence against women, abortion, and education policies. However, he is admired by many who see him as one of the courageous few who stands up for what they believe in.

Scalise is in Stable Condition

Today I celebrate 12 wonderful years of marriage with my best friend and mother of our 2 great kids. Happy anniversary Jennifer!

Steve Scalise’s wife, Jennifer Ann Letulle, married the whip on September 4, 2005. The couple has two children, and he is also a member of the American Italian Renaissance Foundation.

News of Scalise’s gunshot injury is upsetting. The shootout happened at the Eugene Simpson Baseball Fields in the Del Rey neighborhood of Alexandria, Virginia. Scalise is reported to be in a stable condition, and our thoughts are with him, the other victims, and their families at this troubling time.