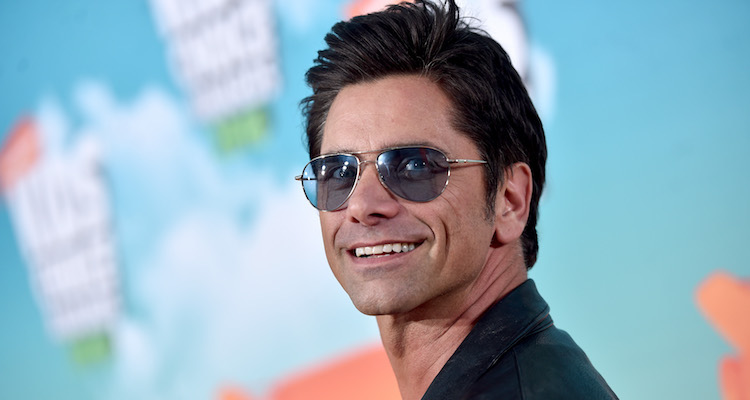 What is John Stamos’ net worth in 2017? The Fuller House actor, 54, recently announced that he’s about to be a father for the first time, as his fiancée, Caitlin McHugh, is pregnant! With a new baby on the way, many have been asking how much the actor has been making lately. Keep reading for more information on John Stamos’ net worth of $40.0 million.

Who Is John Stamos’ Fiancée?

After two years of dating, the Full House alum got engaged to model and actress Caitlin McHugh, 31, in October at one of their favorite places in the world—Disneyland! The actor made a short clip of romantic scenes from Disney and Pixar movies and ended the show with The Little Mermaid‘s Sebastian, holding a sign that said, “Just ask the girl.”

“I kissed the boy and said…yes! That’s what you do when the sweetest, most romantic Prince Charming treats you like a princess and asks you to be his [sic],” McHugh wrote on Instagram.

“The [pregnancy] happened. Then I said, I better have a ring on her finger because it’s the right thing to do, and I wanted to marry her anyway,” Stamos told People. “So, I called her parents to ask, and it was like, ‘You better!’”

I kissed the boy and said…yes! That’s what you do when the sweetest, most romantic Prince Charming treats you like a princess and asks you to be his ?

As if being engaged wasn’t enough, Stamos is also going to be a father for the first time, after believing it wasn’t in the cards for him.

“The look on John’s face when I told him we were pregnant was priceless,” added McHugh. “It was the look of a man who has wanted a family of his own but wasn’t sure it was going to happen for him. Now it is!”

Stamos added, “People would say, ‘You should have a child,’” he told People. “I was like, ‘That ship has sailed.’”

“I’ll be a fun dad. I’ve been practicing for a long time,” Stamos said. “I’ve done every schtick you can do with a baby on TV … all the bits and jokes and diaper gags. I’ll probably just do all that stuff.”

The Grandfathered actor didn’t give away any hints about the sex of the baby, but at least we know how ready he is, based on his future wife’s glowing review.

“I greatly admire his originality, creativity, ambition, work ethic and humor — all qualities I’m sure he’ll pass down to his child,” McHugh told People. “He’s always been wonderful with kids, and I’m sure he will be an amazing father.”

I asked…she said yes! …And we lived happily ever after?

Stamos is back to his acting roots by reprising his famed role of Uncle Jesse, which put him on the map.

On December 22, the rebooted Netflix hit is back for the second part of its third season. From traveling to Japan to pregnancies, the Tanners are back with another season full of comedy, love, and adventure.

By the looks of it, Stamos isn’t going anywhere, despite being a late-in-life parent (much like Janet Jackson), and we can’t wait to hear more about the sex and name of the baby!

Here's to growing up, but never growing old! Happiest of birthdays to my Love! May every year keep getting better and better ?? ? ?